Here is a WIP photo of my current project, an Imperial Inquisitor, Bartholomew Beaumenteur, and his cigar-chomping colleague, Jack Laird. They will form the core of an Inquisition retinue for use in Rogue Trader. 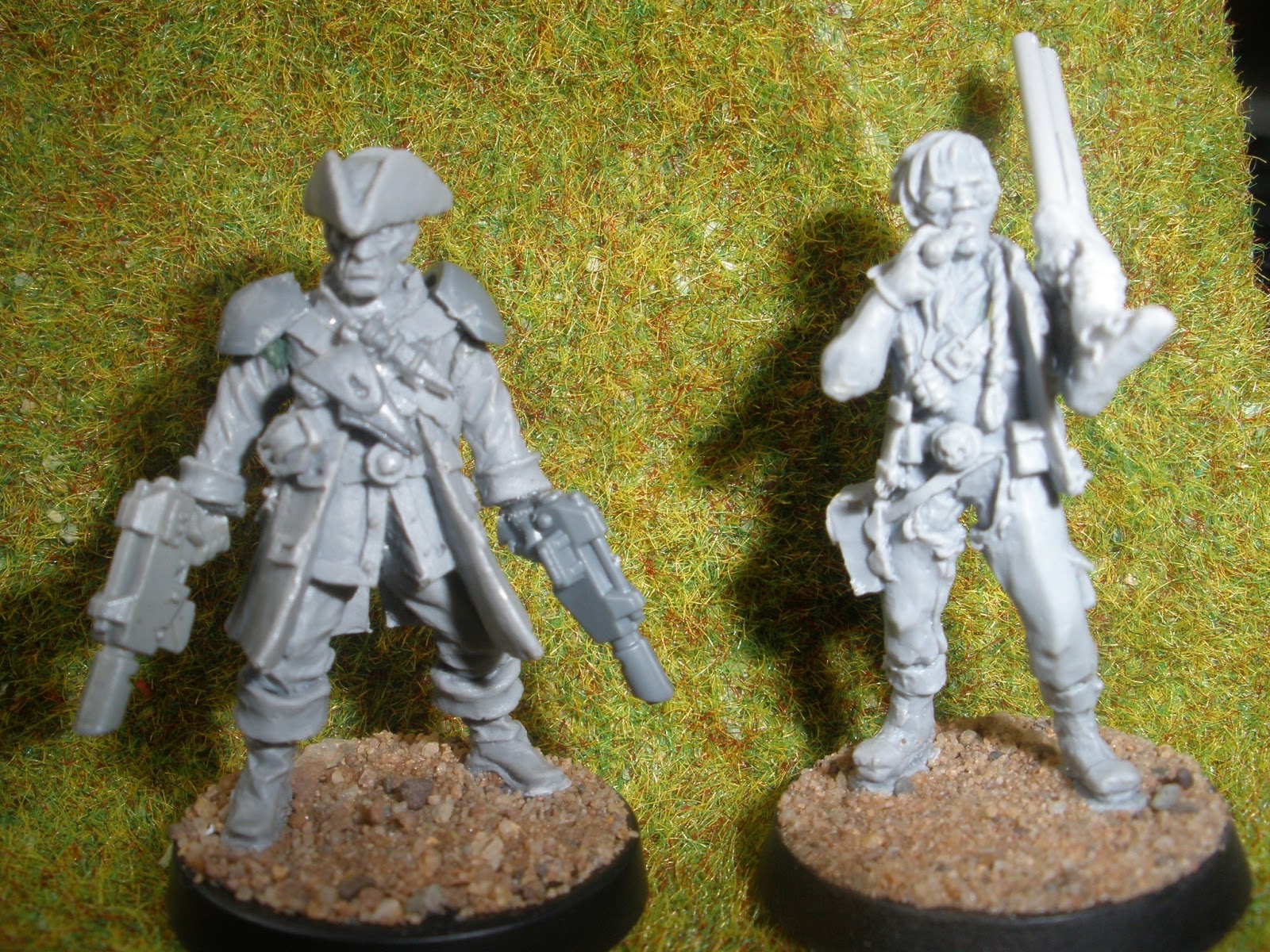 They will no doubt travel the Imperium and beyond (in a converted Millenium Falcon shaped carry-case Uncle Ebay got me; photos on another day) but the scenery I am building takes the sci-fi shanty shack route. Any games I run will be on the planet of Boone's Landing (any similarity to the Googled Oregon town of the same name is unintentional) which, being something of a backwater, has 'architecture' like the example below. 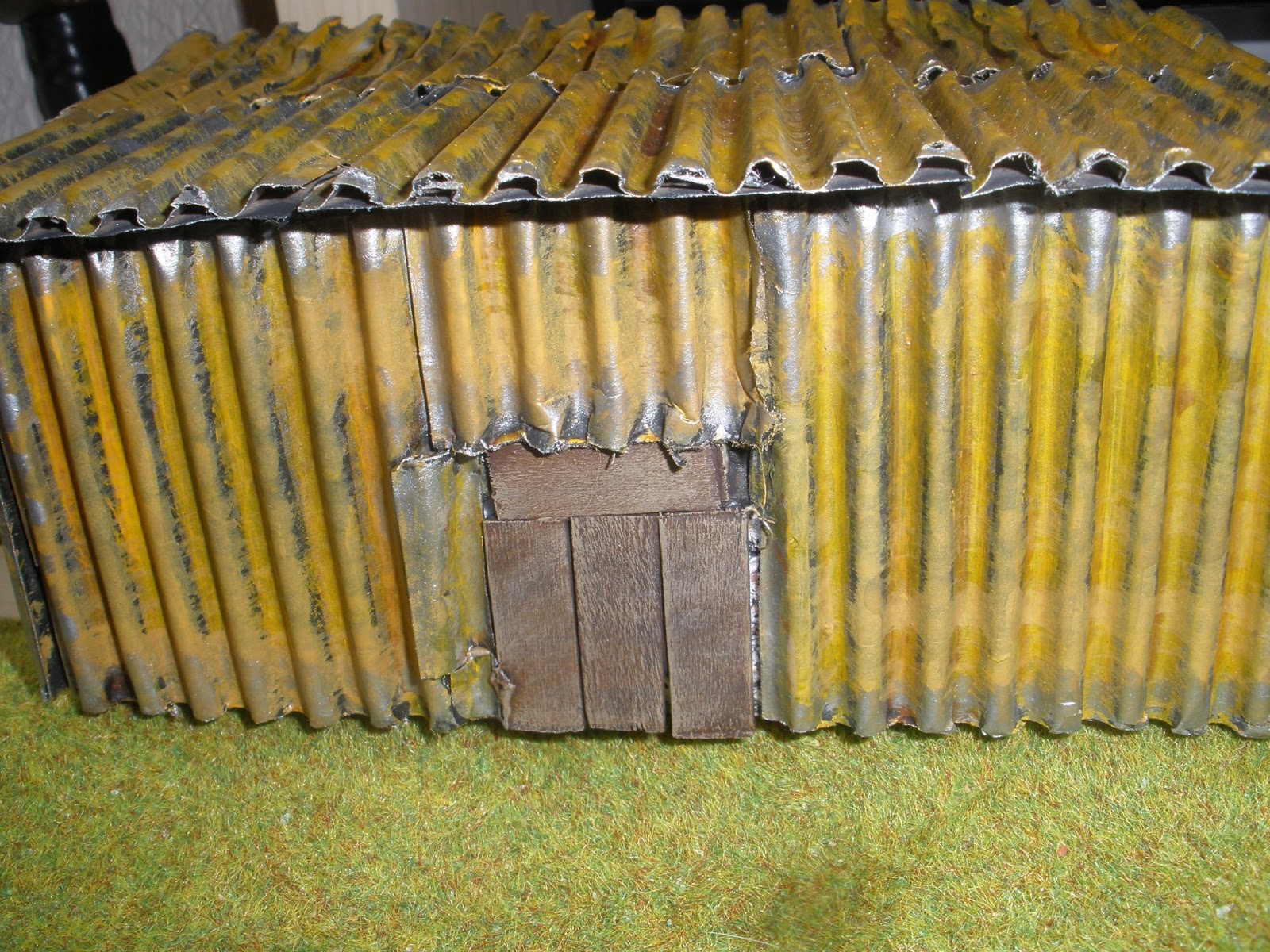 My intention of adding lots of anti-Imperial graffiti everywhere just like the illustrations of the Lost Worlds in Rogue Trader is still on, but painting legible writing onto corrugated cardboard is harder than I imagined. I think I know which direction to take there though. We played a quick skirmish over the terrain using Necromunda rules to test it's usability and durability recently, my Blackberry Curve has a temperamental camera built-in but here is a shot anyway. Dawn in Our Harbour, Boone's Landing. 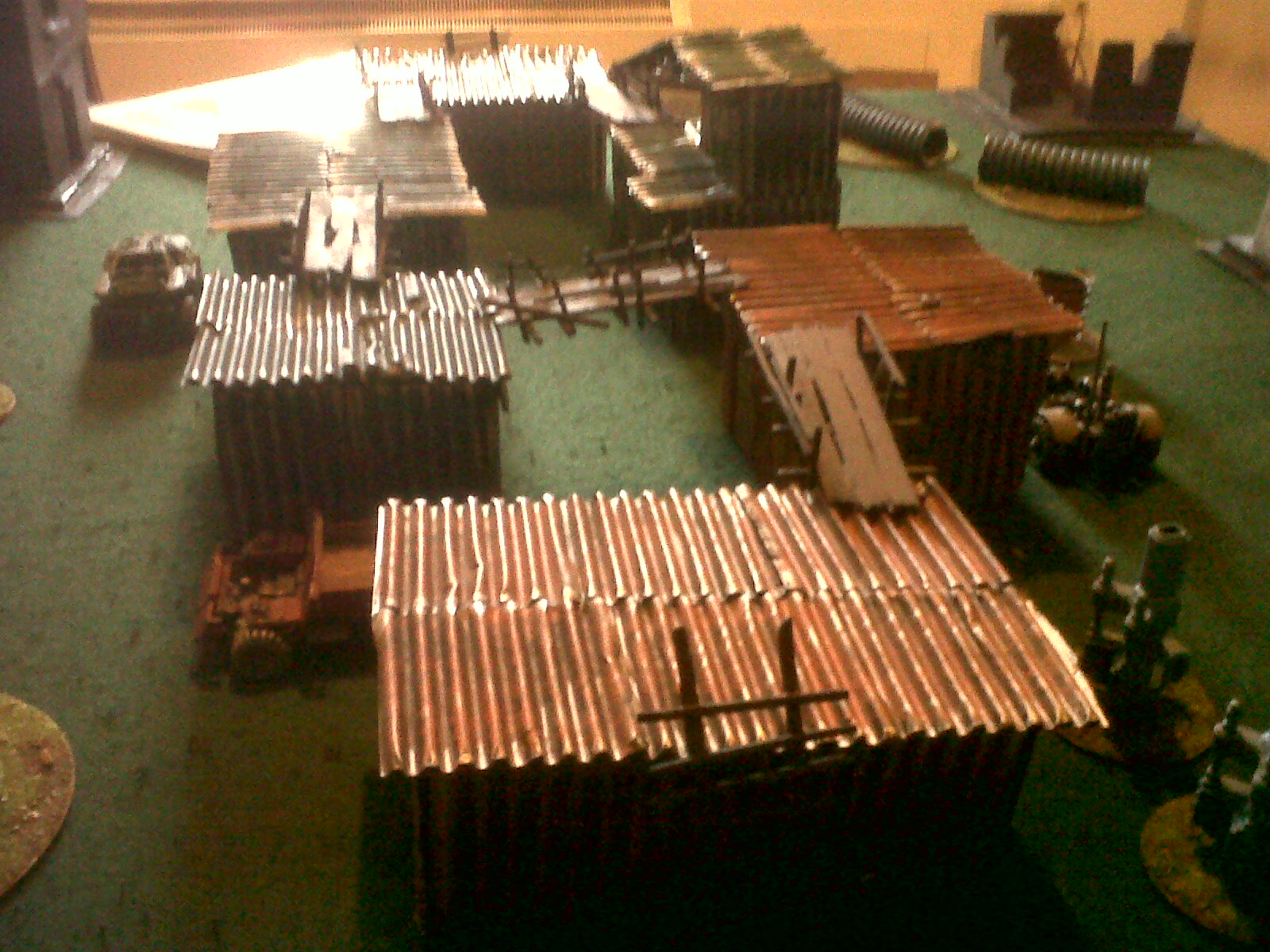 The plan is to go up above twenty shacks (the rest will mostly have two stories) and replace the Mordheim ladders and walkways with more Wild West style carpentry. I will create a desert style battle mat using a guide on Youtube to enhance the overall theme. I also have a load more vehicles to paint up and some specialist buildings like the water-tank and a mine-head to finish.
Posted by Warlord Paul at 02:52