I am running a game tonight for some friends, a foray into the universe of Rogue Trader. This came about at short notice after an excitable conversation between gamers got out of hand. I am currently adding some extra detail to the miniatures we will be using so hopefully (between running the game and wrestling with the camera settings) I will be able to photograph the proceedings and upload a good-looking battle report in the next day or two. Below is a teaser photo, the shotgun-toting rebel leader Ardal Reilly (apologies to our Irish cousins, I think casual racism was a part of the eighties I remember and I am trying to be satirical) and some of his Imperium-hating band of freedom fighters. 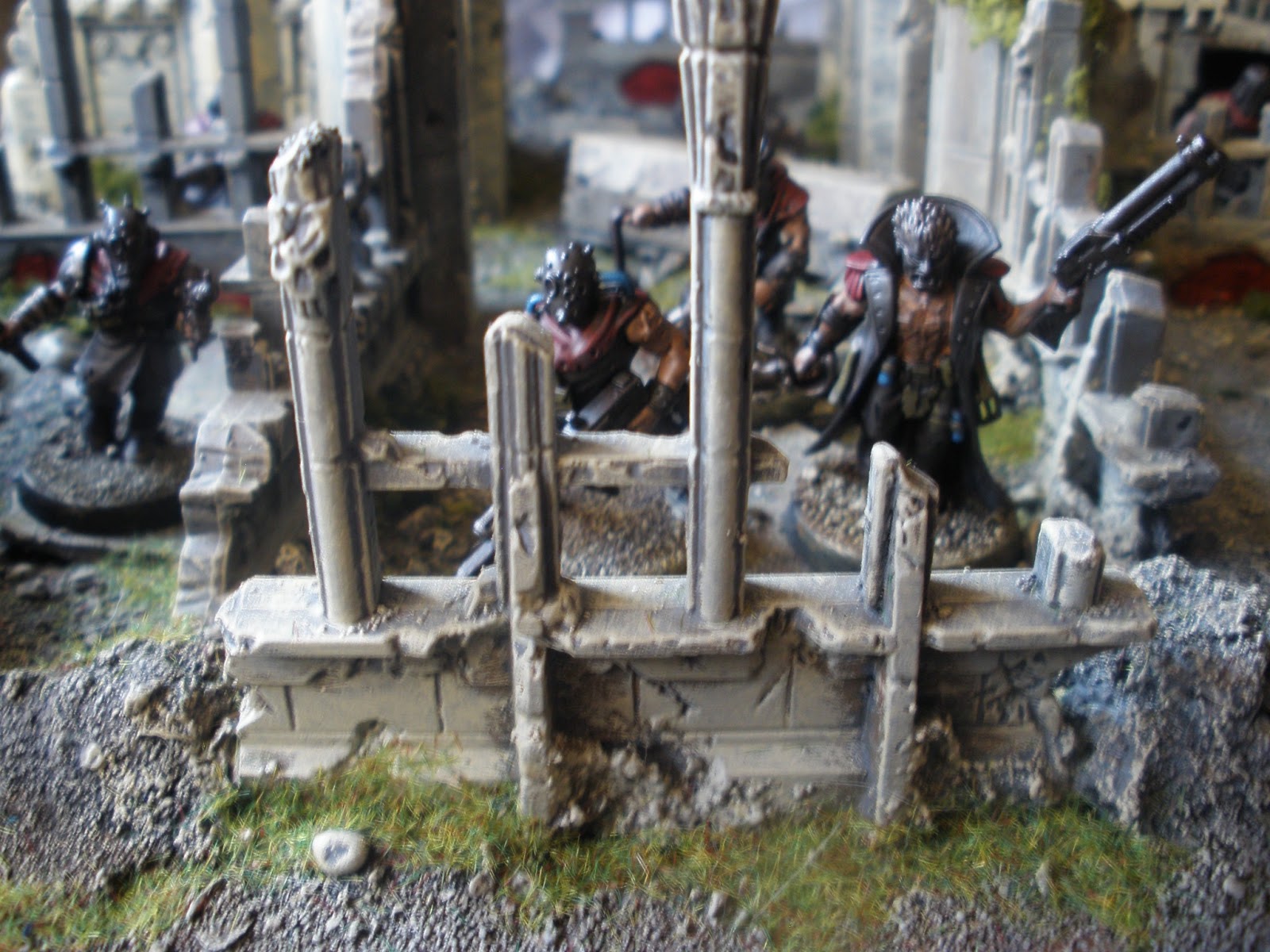 They are, of course, occupying the obligatory Imperial ruins as the Boone's Landing battle mat still isn't quite ready yet. This means the setting will be elsewhere in the Azura System, I'm thinking Azure Prime itself.

Back in May 2012 some of our club got together to fight an Apocalypse battle with 60000 points on the table (amateurish photos here) for the second time, this second war for Azure Prime ended badly for the Chaos army but I like the idea of a continuing guerilla war being fought by the survivors of that clash, who having retreated into the wild places strike at their foe whenever they are able. Though the Imperial victory in battle was comprehensive, the battle for hearts and minds goes on.

In amongst all this, erm, chaos? I see plenty of opportunities for small action wargaming with some role play added in for good measure. Enter Rogue Trader. The protagonists will be Ardal's rebs versus a unit of Hirschfanger Private Security (an interplanetary mercenary company based in the Azura System). The section of HPS will be given the task of sweeping a ruined section of a town caught up in the invasion and securing the bank before deploying a teleport homer. Once the homer beacon is active some teleporting Imperial experts will be made available to crack open the vault and reacquire a lost relic. At the same time Ardal's crew have an important rendezvous arranged with a high-profile resistance leader (who may make an appearance) and they have to use the inconveniently located radio set to warn said VIP about the unexpected party.

Looking forward to this! I will let you know how it goes.
Posted by Warlord Paul at 08:49