Well, as promised, here are Interrogator Enoch Hunt and Jok the Jokaero. Hunt's weapon is a perfect Graviton gun, which was easily my favourite part of wargaming for about five years. I have always wanted a Jokaero technician as part of a force, I went with a Judge Dredd Ape Gang mini instead of the official one though. I have gone with modern minis instead of retro ones for this warband because, frankly, I was a young'un when I gamed RT in the late eighties and pocket money only went so far. The lead I own from that era is limited (yeah, to Space Marines, don't judge me). Collecting classic minis now takes either lots of patience or lots of money, and as any new Dads out there know both can be at a premium at times. 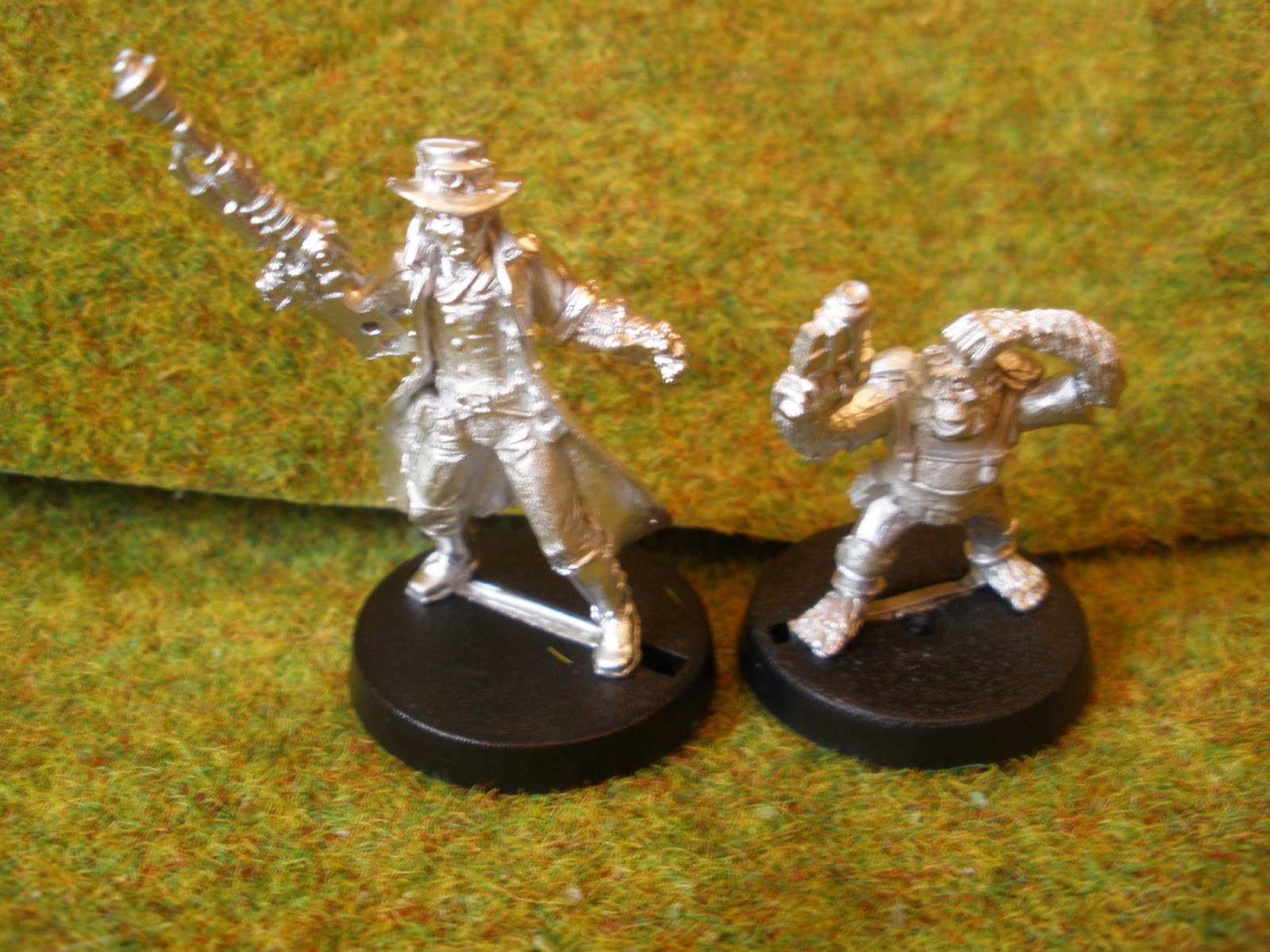 Time to meet the Slaaneshians. Here is Lord Savage with his glorious Mane of Hair. This lot are mustering for a probable Oldhammer gathering in August. 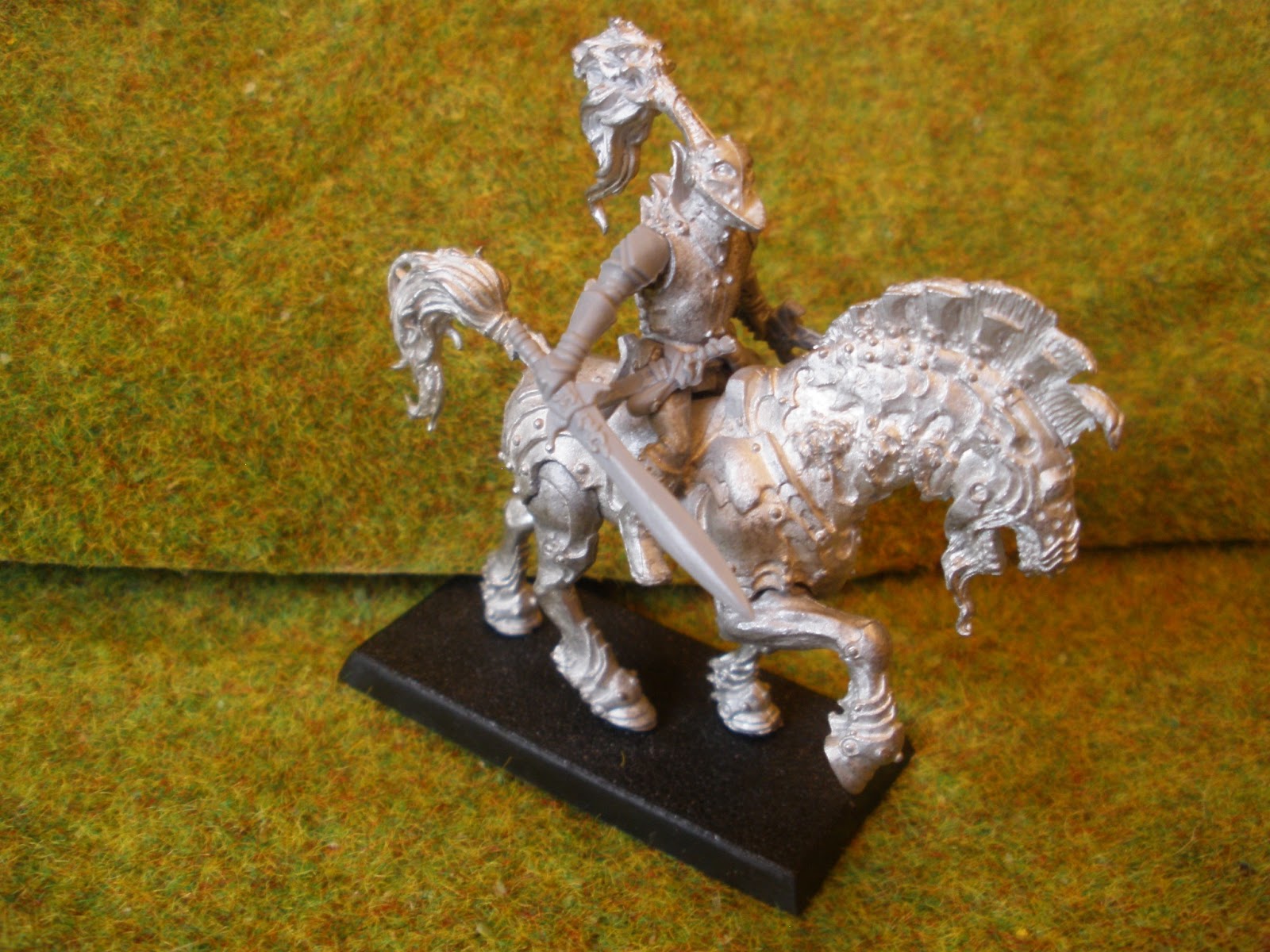 I am stalking a few classics on Ebay at the moment and I have some more leadpiles to hunt through, but I wanted to put the core of the warband together for use as understudies ASAP, I have a feeling August is going to arrive fast. Lord Savage is an unholy amalgamation of body parts, the Chaos steed is a Rackham sculpt, as is his torso. Added to that are some current Wood Elf bits and some early 90s Warhawk rider legs from GW.

The chaps below are some 1992 GW Beastmen. They are not bad sculpts characterfulness-wise, considering the good old days were on the wane by this stage. They were not everyone's first choice however because of the cost effective but fugly plastic Beastmen that made an appearance around this time. Paint job shows a good grasp of thinning paints so might be rescueable, I was a teenager by this point which probably helped (with painting, nothing else). 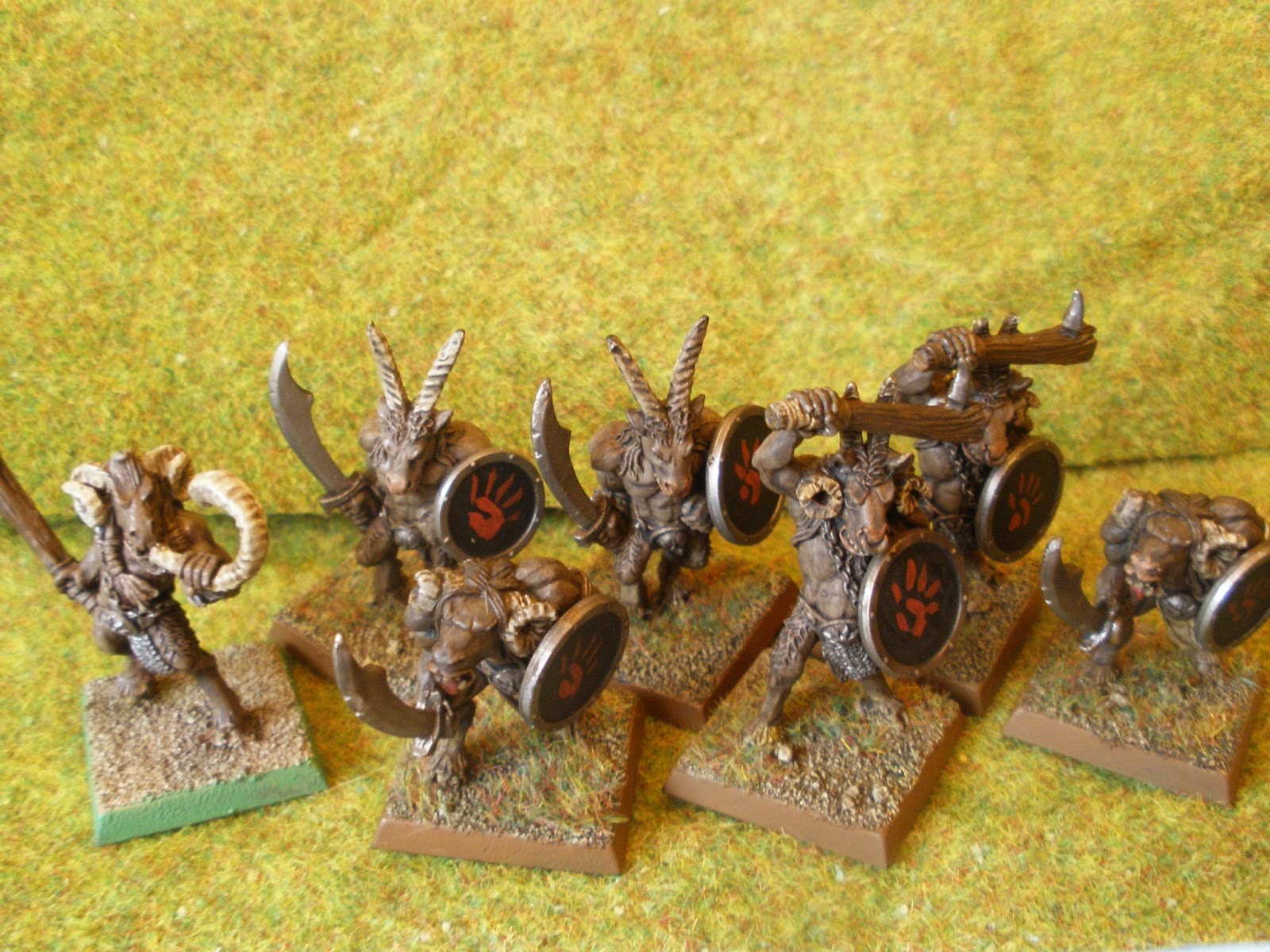 Ok, these are not even the best 1992 Ogres I own, but for some reason I found these guys closer to the outer edges of a leadpile than their more aesthetically pleasing cousins. I must have separated them for some project and then moved house, four times. Sounds like me. I know where to find four legit 80s Dark Elves I rolled up, the Witch-King's minions were my first fantasy love and I have organised them pretty well, it is just a matter of braving the attic and locating the right box. If I want to find older Ogres or Beastmen I am going to have to seriously tackle some leadpiles, I may have to order in some timber supports and a canary. 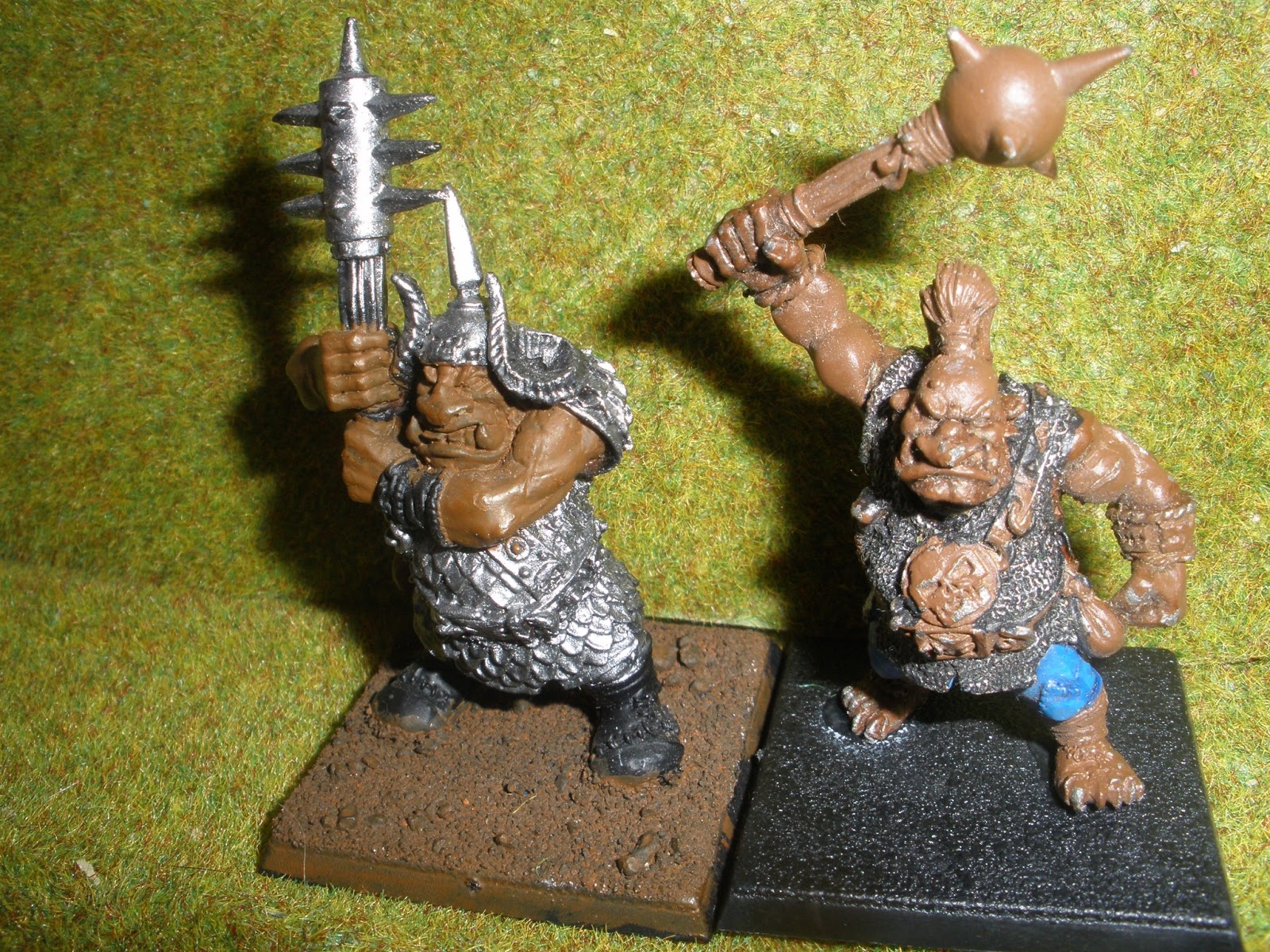 I have asked to be put on the Oldhammer map organised by http://skarsnikandoldlead.blogspot.co.uk/ so I can find an opponent or two for some retro-rehearsing.

In the meantime I will practice some WHFB3rd ROC STD (good grief, no wonder the term Oldhammer was coined) at my club in Harrogate. I may have those Dark Elves for you tomorrow, if you are very good.
Posted by Warlord Paul at 02:57