This is a WIP photo of Honey Lyter, an ex-Arbites destined to join Inquisitor Beaumenteur's retinue. I got her tabletop ready for the game we played recently so she could make a cameo appearance. She needs another hour or three before I move on to another model though. Although the model is a sci-fi cop I have painted her in a colour scheme that is more 'Victorian Adventuress', a la mode de Adele Blanc-Sec. 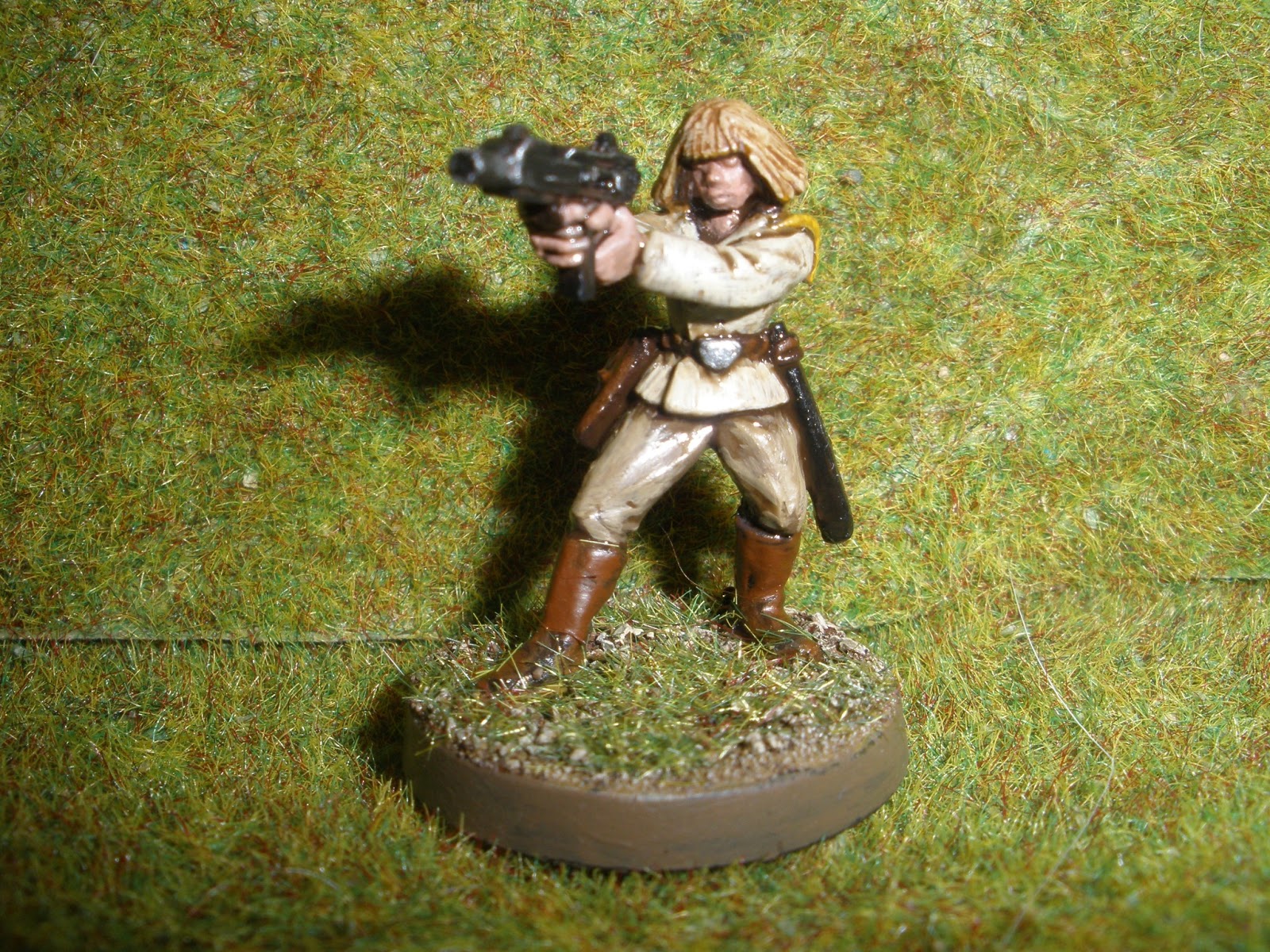 She is an EM4 mini though I noticed Copplestone Castings has one almost the same in the 'cops with handguns' pack. On closer inspection I saw that loads of the minis from both companies are almost identical with minor cosmetic differences. If anyone knows why I would be grateful if you told me the reason. It may be as simple an explanation as they are both run by Mark Copplestone, but I am hoping for an epic story of rivalry, betrayal and revenge.

Thanks for stopping by!
Posted by Warlord Paul at 10:15