Space Crystals! They are surely a sci-fi wargaming staple, and if not they should be. Every now and then someone shows off some lovely new space crystals and I get the urge to build my own but hit a brick wall because I can't find the right materials at the right price. Well, this time I finally overcame all the obstacles! I found some Quartz crystals (they don't turn into Alka Seltzer on contact with PVA, bonus) at the right price, I had some leftover LASER (is it still an acronym after all these years?) cut bases from another scatter terrain project (which technically makes them free) and critically a spare hour or so. I like the look of them as they are and have so far resisted the temptation to make them pop more with an ink wash. My sci-fi terrain is quite garish already and as long as they don't get 'lost' on the board I will leave them alone. 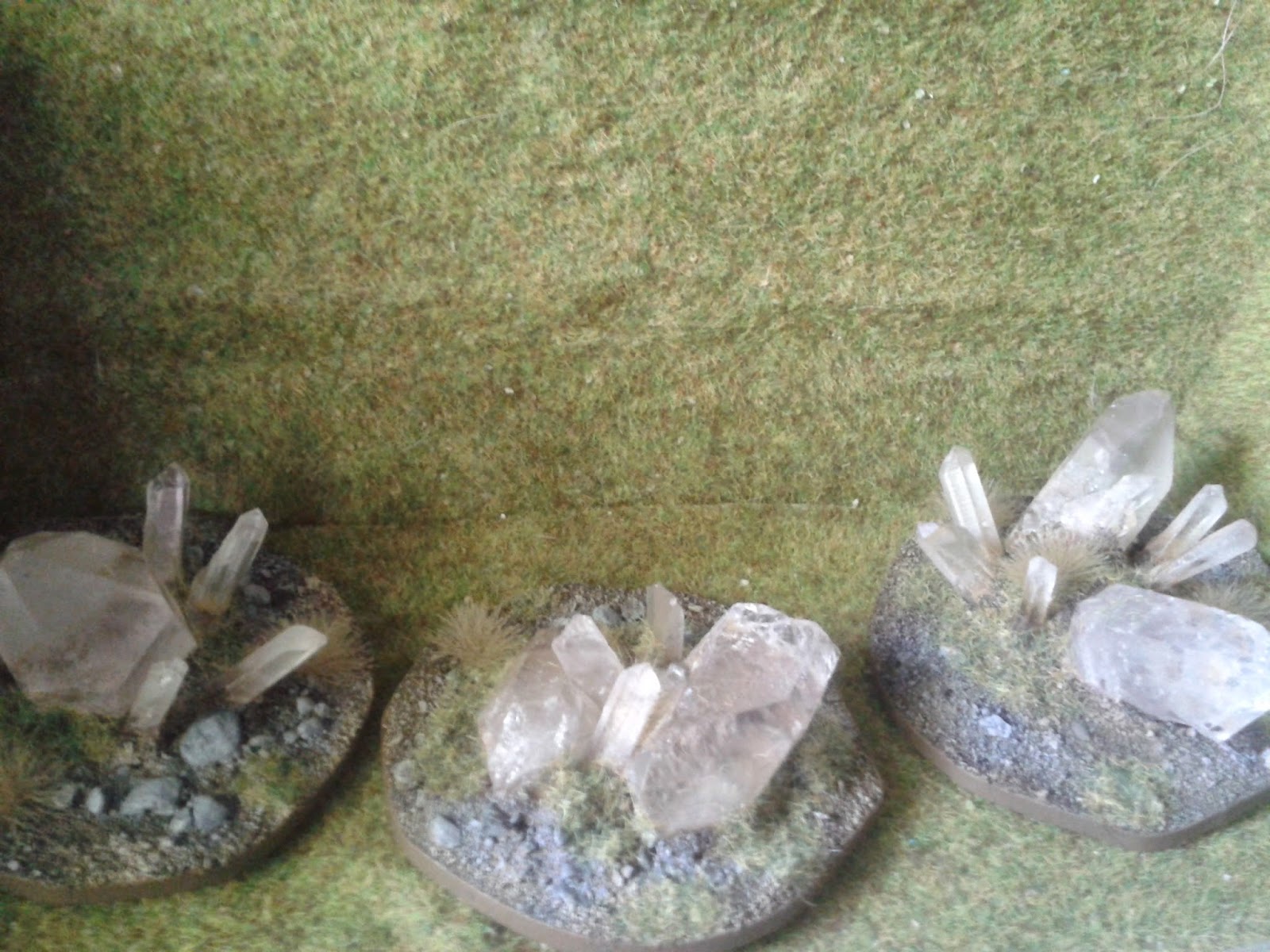 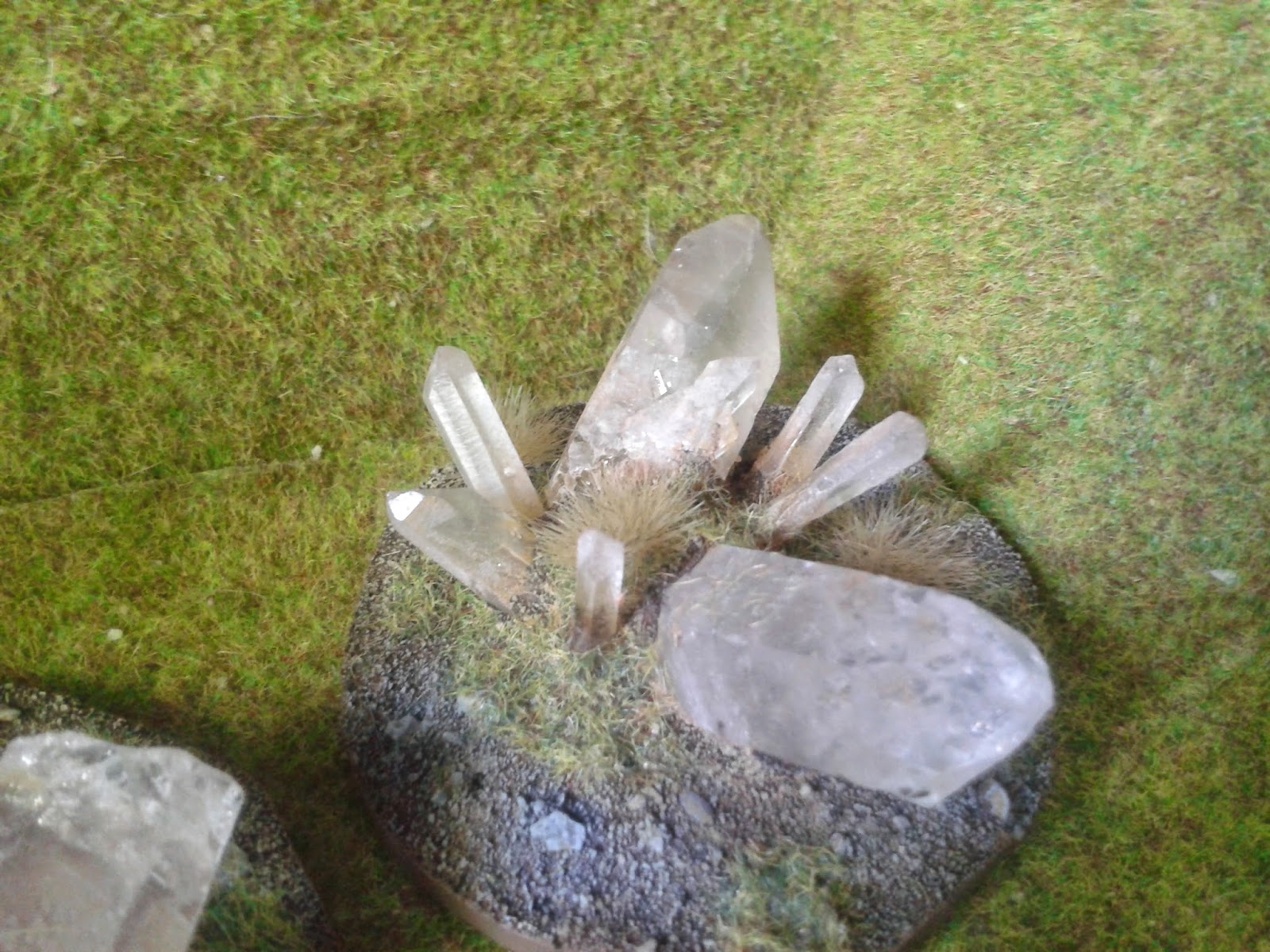 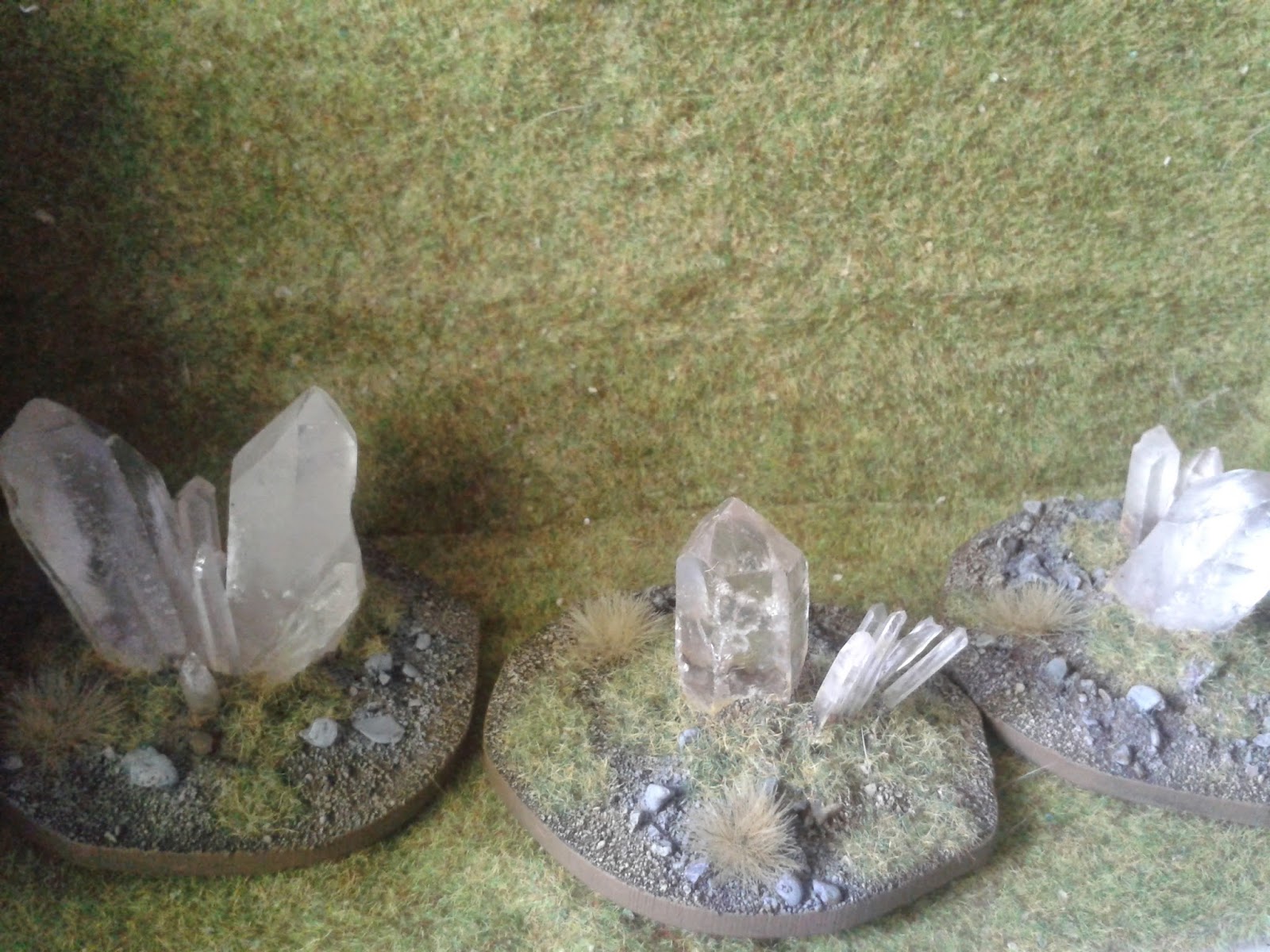 I've used a few of those use-out-of-the-box grass tufts that are all the rage. 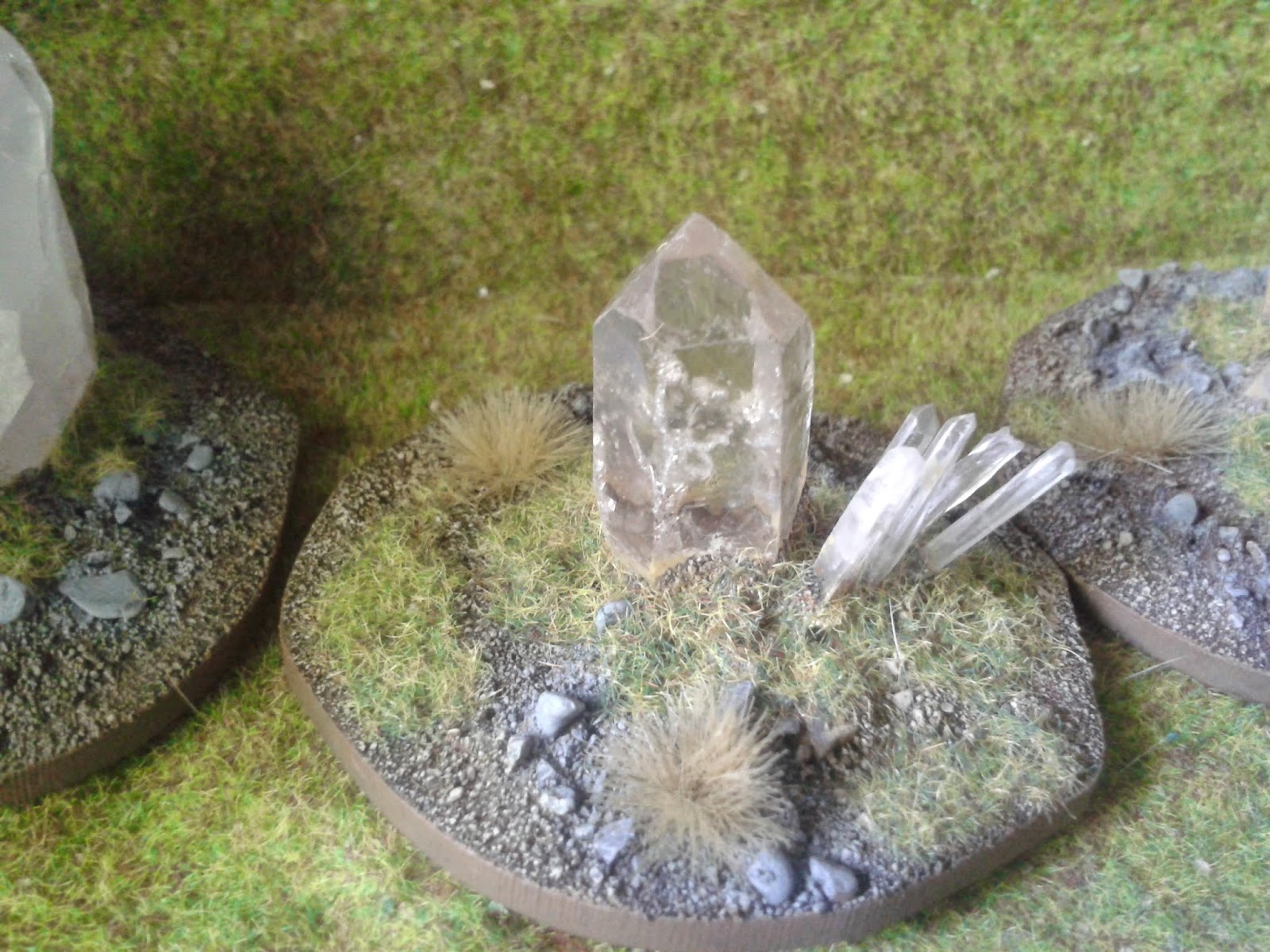 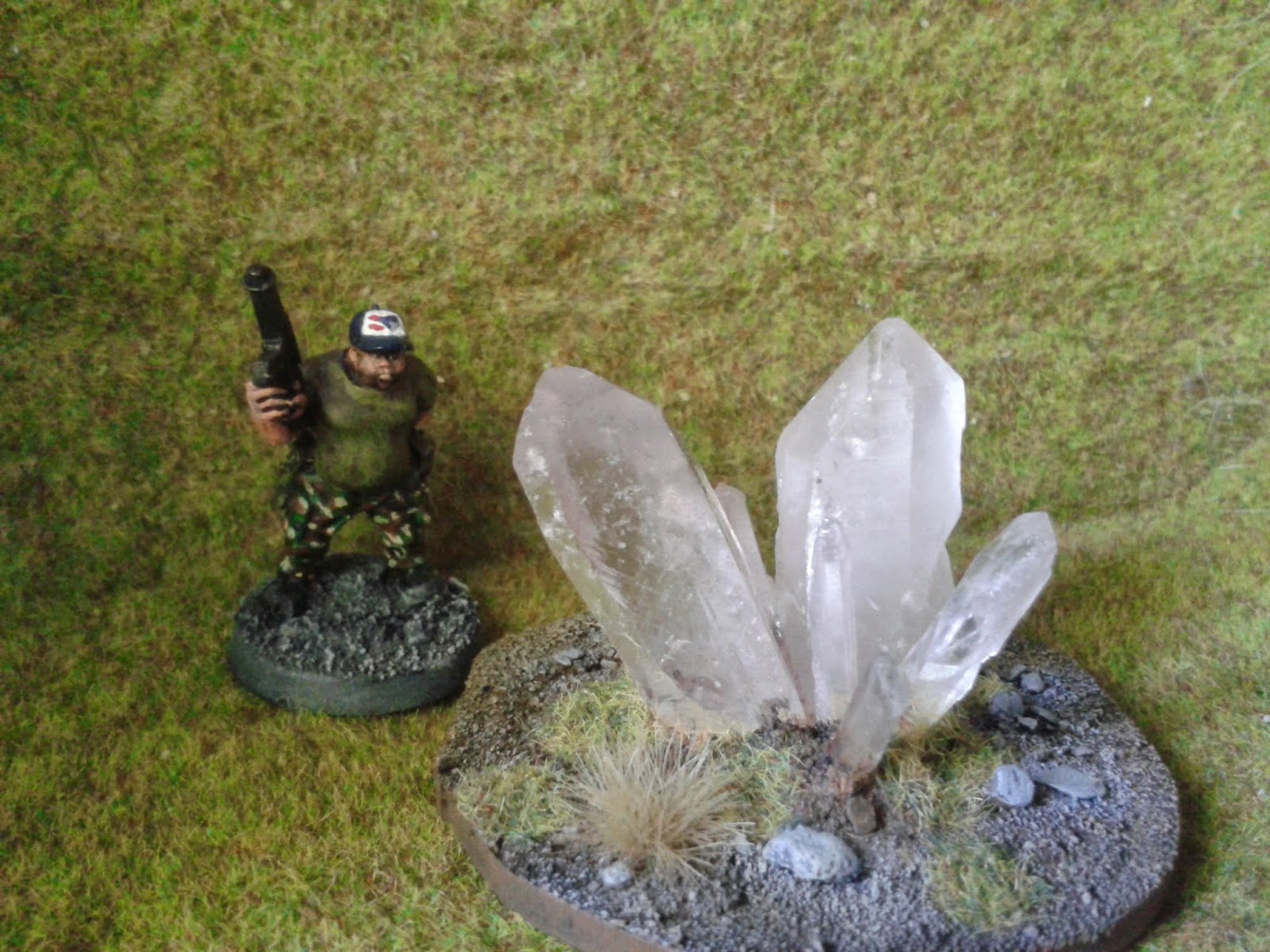 Shown alongside 'Paul the Prepper', my custom Zombicide character, for scale. He is a 28mm civilian militia from Copplestone Castings.


I thought about writing it L.A.S.E.R. but surely that can't be right?

Thanks for stopping by!
Posted by Warlord Paul at 11:54