SPOILERS AHEAD. Our merry band of PCs are working their way through the 5th edition starter set.

Tholas Longfeather the Chosen, a barbarian outlander and unparalleled fighter. He searches for answers and the unnatural raiders who killed his tribe.

Fugran Rocksplitter, a former mercenary looking to help out his cousins, the Rockseekers, in their hour of need.

Reed Alderleaf, a former member of the Redbrand gang who has returned to bring some frontier justice to those who tried to murder him.

Riardon Silverlight, an elven wizard and fellow of the Temple of Knowledge in Neverwinter. He has rededicated the lost altar of Oghma in Neverwinter Wood and a new candle of civilisation and reason, however small, burns brightly in the darkness once more thanks to him.

Burgem Gabriel, a cleric of Selune and shepherd to the flock of Phandalin. She seeks to establish a diocese that will bring healing and succour to the folk of the Twilit Lands.

Marker of Thundertree, an archer and folk hero. He seeks to drive out the dragon of Thundertree and thus bring peace and prosperity to his home once more.

Varis, an elven warlock. She seeks to earn the right to bear the mantle of adulthood.

Session 4 begins in the general location of Wave Echo Cave. After a bit of searching the party picks up on a faint rhythmic noise that helps in locating the entrance. There are no tidal rivers in this part of the Sword Mountains but there must be some sort of underground watercourse that resonates through the old mine. 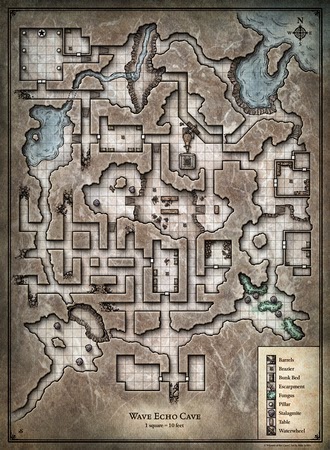 
The next discovery is a grisly one, Fugran is chagrined mightily by the sight of his cousin's week-old corpse just inside the entrance. Tharden died ignobly with a knife in his back and Fugran swears vengeance. 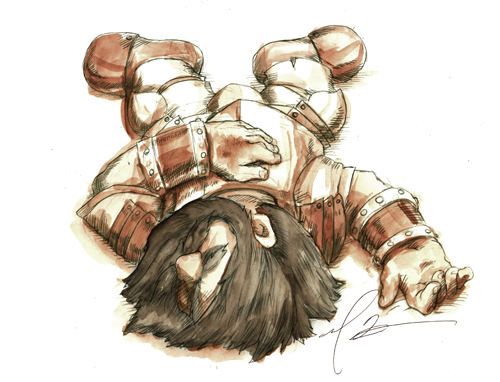 
The party explore the first chamber and connecting passageways thoroughly, some of them picking up an uneasy sense of being followed. After some attempts at catching sight of whatever is tracking them and laying traps one eagle-eyed PC sees a ripple on the floor and talk turns to jellies. A pouch of lantern oil and a torch rigged as a trap badly wounds whatever it is and it flees back into the maze of tunnels. For now... 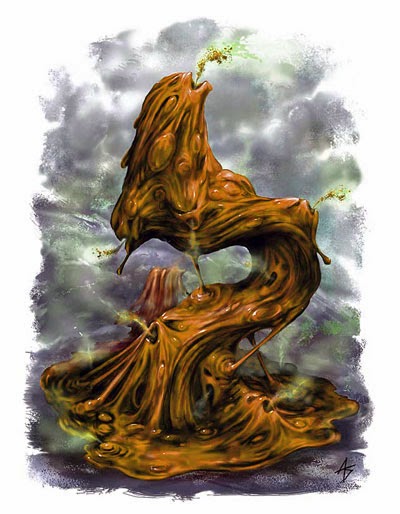 
The PCs reach a room of feasting ghouls. These weaker runts have been pushed out to the edge of their territory to pick at old bone piles that have been worked over already and subsequently don't put up much of a fight. This leads to near-fatal overconfidence later... 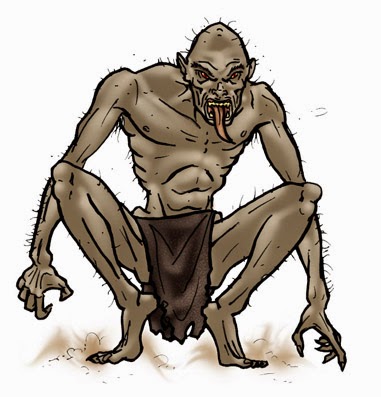 
Not wishing to leave any potential enemy behind them (in addition to the jelly) the company's fighters insist on scouting out the original, now collapsed, entrance before moving deeper into the mine. With the help of Varis' caution and keen eyes the party avoid a potentially nasty ambush by 20 Stirges. Instead they catch the sleeping bloodthirsty beasts in a magical conflagration as Varis and Riardon combine spells to overwhelm all the enemy at once. 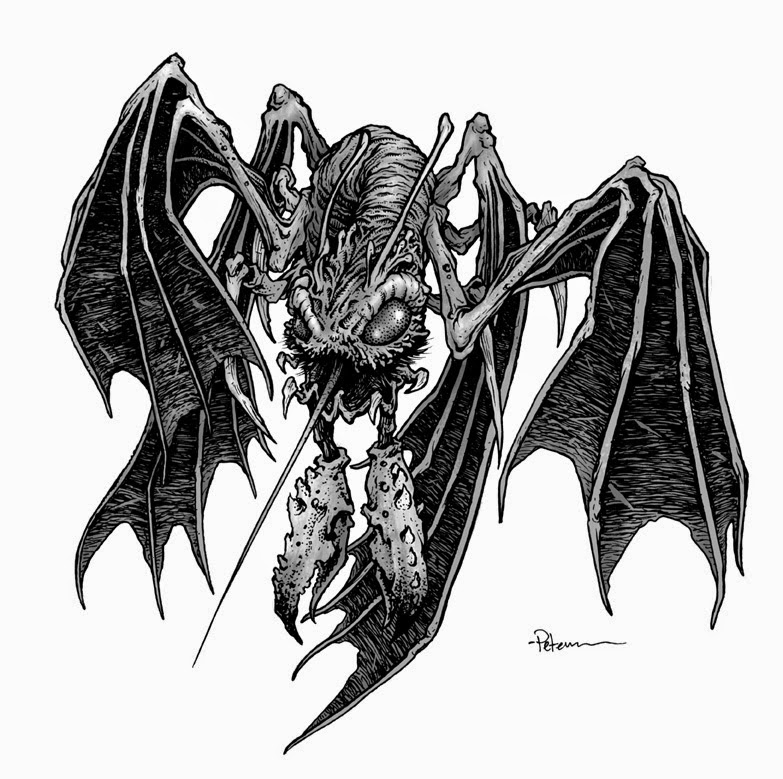 
Unfortunately, the only reward for such cleverness is two 8 strong columns of skeletons marching in from adjoining tunnels to investigate all the noise! To be fair, the three fighters really did roll very good stats and I have to be quite mean to even challenge the relatively large party. Without the Stirges joining in, the fight is very one-sided and ends with more piles of bones littering the floor of Wave Echo Cave. Fugran tracks down an old pay chest with his dwarven nose for coin and the party are well pleased. 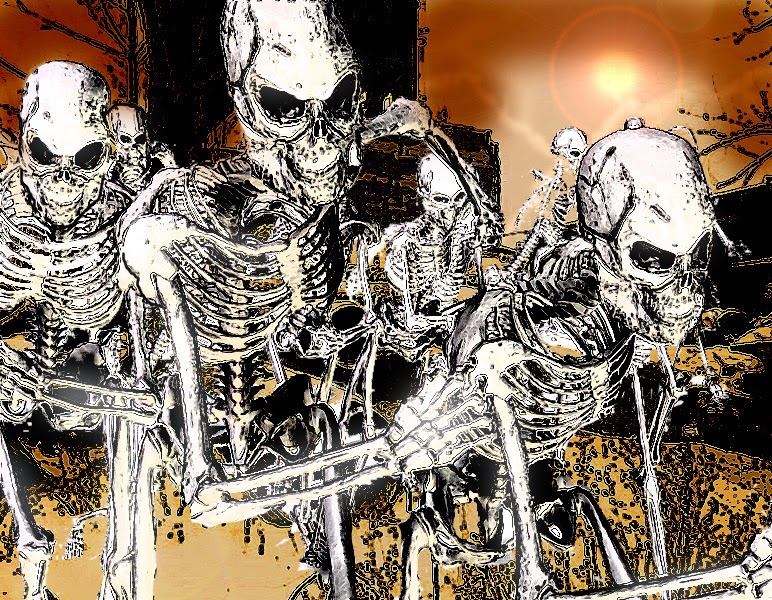 
The next encounter is an altogether different affair, the company sneak up on some more ghouls and elect simply to charge in rather than properly use the element of surprise. The last lot of ghouls were weakened runts and this misinformation gives the heroes a false sense of security. As this larger pack of fitter ghouls led by a ghast threaten to wipe out the entire group nervous exchanges between the players turn to outright desperation before a well-timed second wind/action surge brings down the ghast and signals a collapse for the monsters. Victorious (but exhausted and suitably chastened) the group withdraws to rest and recuperate. 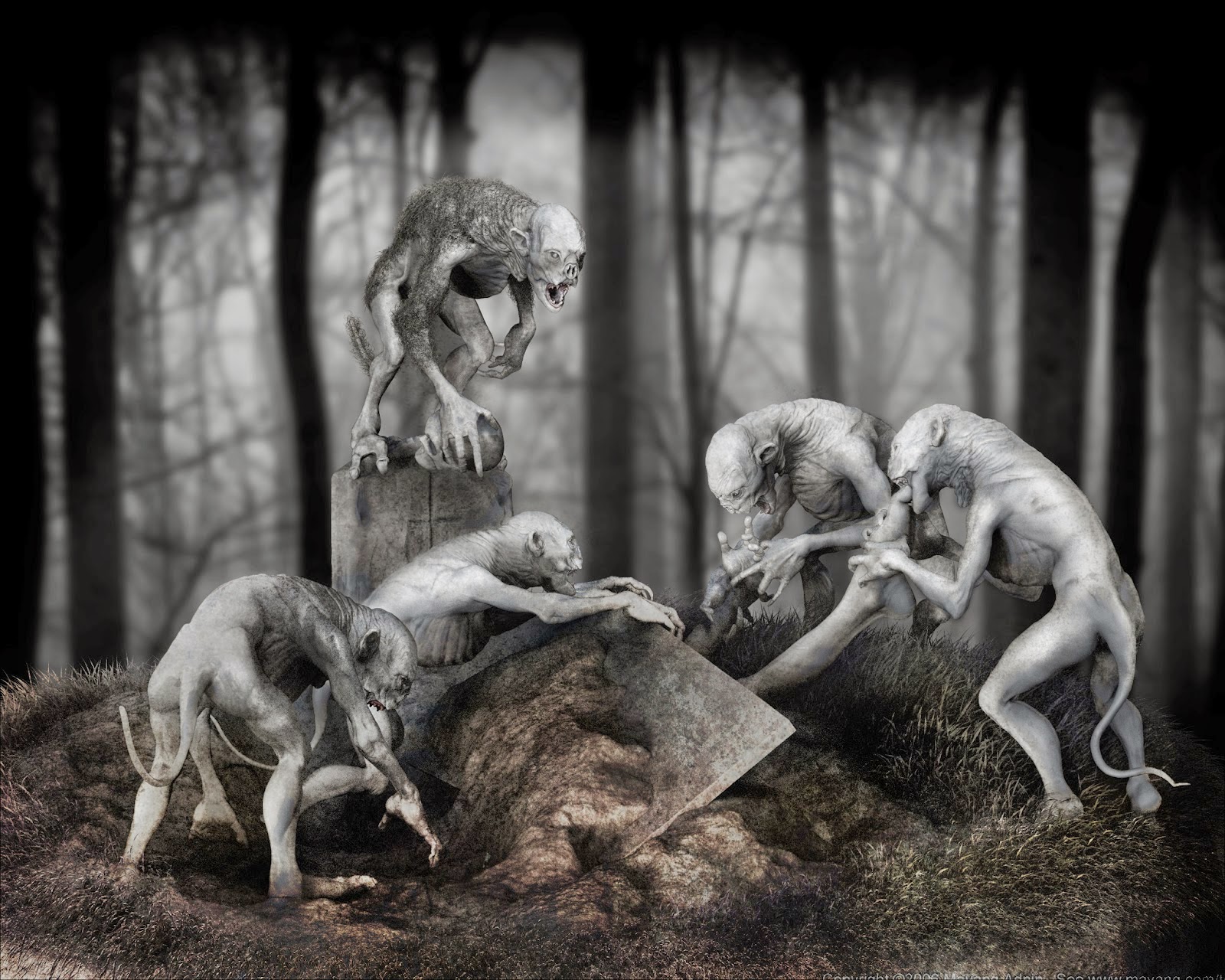 
Time for plan b!

Thanks for stopping by!
Posted by Warlord Paul at 09:39

Email ThisBlogThis!Share to TwitterShare to FacebookShare to Pinterest
Labels: After Action Report, D&D