Oldhammer Weekend: Bring Out Your Lead review. Part one.

Well then. That was a good weekend! I've been deliberately putting off posting about the Oldhammer event, Bring Out Your Lead, until now because I have been very busy riding a wave of hobby enthusiasm! I've been organising new units, new paint schemes and the inevitable new eBay purchases! Finally I have calmed down enough to start expressing how the whole event panned out in words, I will begin at the beginning by talking about the Realm of Chaos multiplayer game that celebrated the 25th anniversary of the Slaves to Darkness book (well done to Orlygg because this was his brainchild). 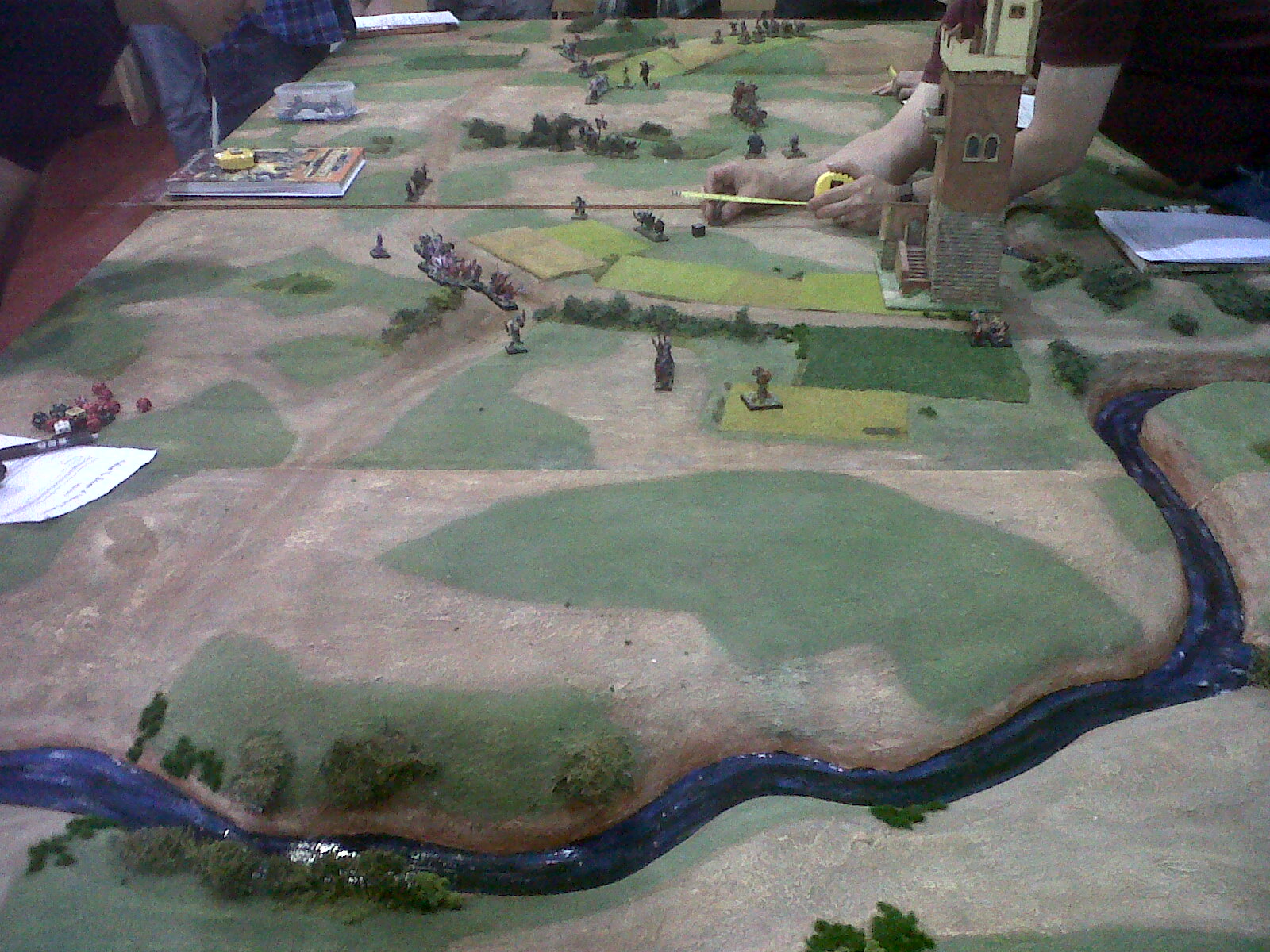 The Realm of Chaos! Looks a lot like middle England, I know. I always suspected as much!


The tower in the above picture is one of many historic gaming aids that are available to use at Wargames Foundry, this one was apparently made way back in 'the day' by none other than Nigel Stillman. 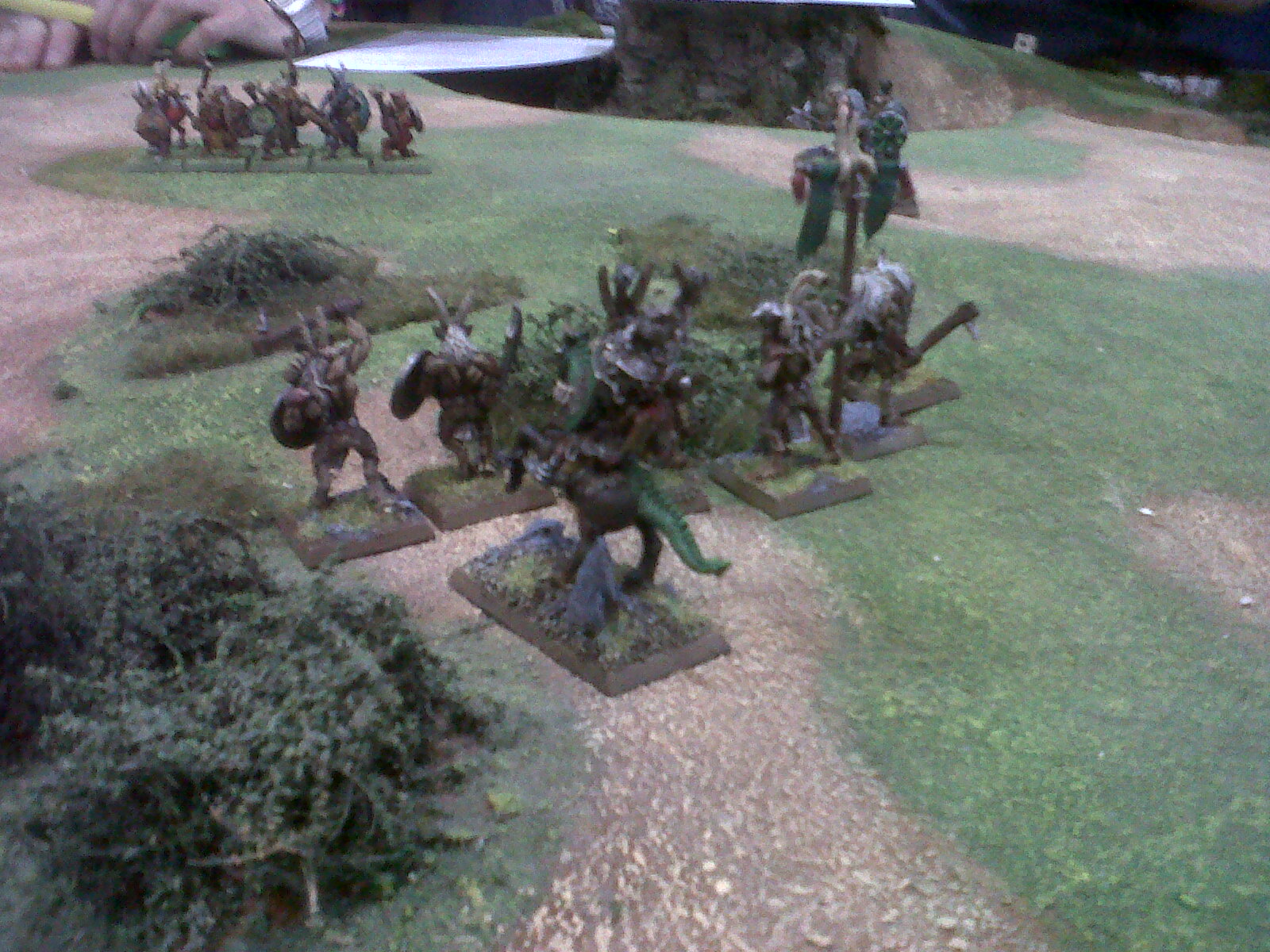 Lord Savage shepherds the Beastmen into battle while the swift Ogres go off on a flanking manouevre and the Dark Elven crossbows pepper the Khornate lackeys from afar.


I played Lord Savage as I envisaged him, he makes up for what he lacks in killing power by being cunning and biding his time. He continually used the tough, survivable Ogres (and his foolish allies of course) to hold up units while he encircled them. This plan helped the Slaaneshi faction knock out three enemy warbands in quick succession. It was fun to witness the typical Chaos God's intervention as one Khorne champion rolled up six summoned Chaos Warriors (*gasp!*) for a meagre one turn, (*sigh*). The battle eventually split into two smaller conflicts separated by about three feet of empty table and when the dust settled a large Slaanesh force was facing a small but elite Khorne force. There will be many tales told elsewhere of the legendary number of foes reaped by Jeff's Chaos Dwarf champion with the 'singing axe' but ultimately Lord Savage's patience won the day. Having stood off to allow all his Slaanesh rivals to die horribly while weakening the two remaining Khorne champions he was finally goaded into battle; only for his fear-causing Chaos Steed to tip the balance and bring about the ultimate defeat of the Khornate faction!

As I'm sure some of you recall this wasn't in the script! Lord Savage is only a level 10 hero and the idea was to evolve him into my Undead army's general in the form of a Liche. As it turned out he was the last remaining champion on the battle field at the end of play! The job of Liche will have to go to Mausolus. Savage was suitably rewarded with increased strength and the ability to teleport by a grateful Slaanesh, while 9 Giant Wolves joined his warband. The Beastmen were awarded with growth (x2) and mutated to twice their original size while the Dark Elf crossbow unit can now breathe fire! Lord Savage will be strutting over the tables of Yorkshire for the next 12 months having proclaimed himself 'Champion of Champions' and will return next year to face his challengers once more. 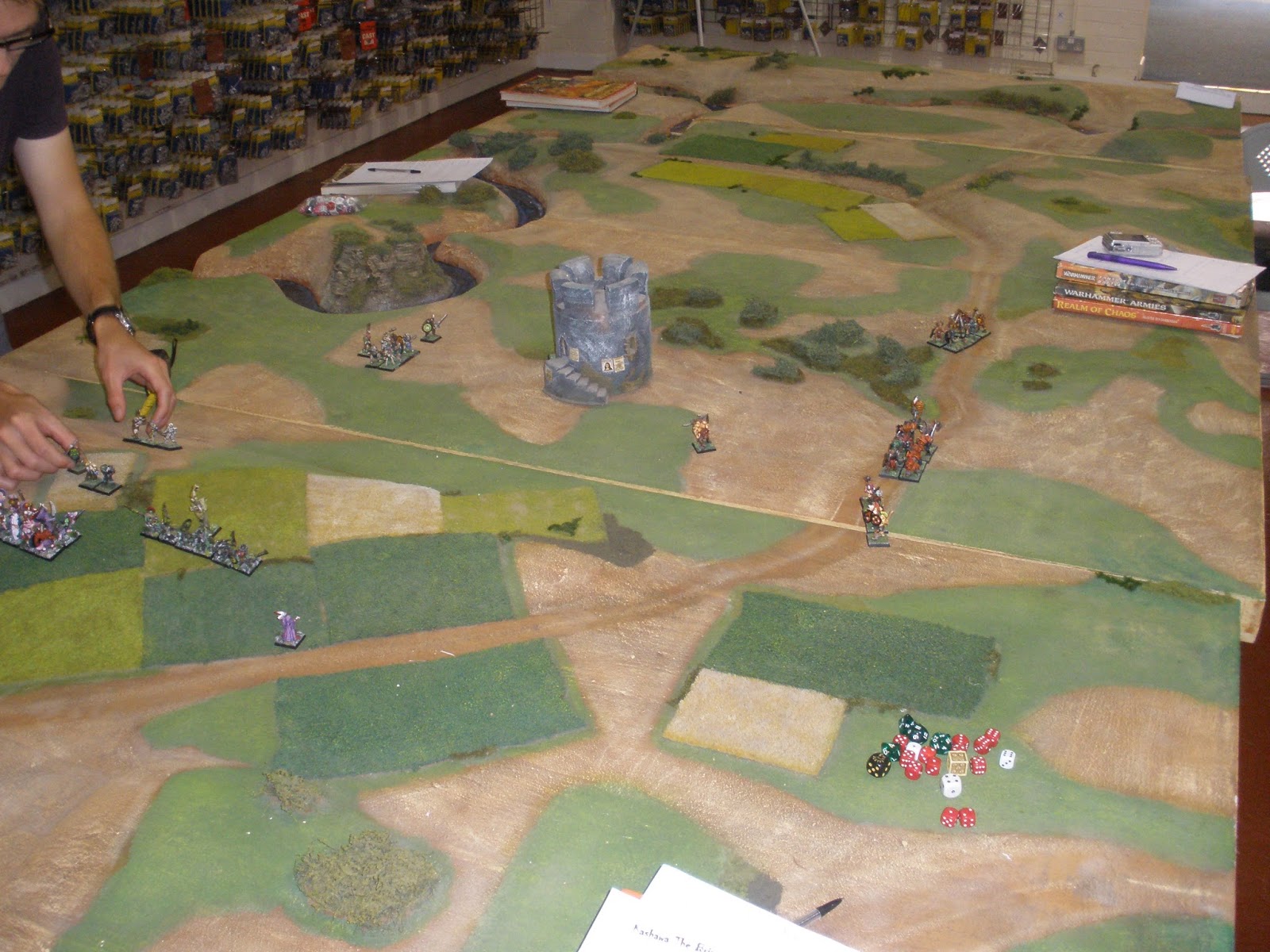 The RoC game was repeated on the Sunday but because the Saturday game took a whopping seven hours to play many of the original champions were busy elsewhere trying to absorb everything else BOYL had to offer (thus rendering it a lesser affair than Lord Savage's triumph of course). ;)


*UPDATE* Special mention must go to Martin's Slaaneshi warband which fought the two most powerful Khorne warbands to a standstill before finally succumbing. I hope to see the return of Kashawa the Bringer of Unknown Pleasures next time!