Another massive dip in hobby productivity after the big blow-out that is Bring Out Your Lead comes to a close as hobby mojo returns. In truth, I've actually done loads of cool gaming but I just haven't had the time to properly document any of it.

My favourite highlight was when I GM'd the entire Blood Bath at Orc's Drift campaign in a single day. I rejigged it to run with the Warhammer Skirmish rules from the appendices of the 6th ed rules book and cut the number of basic troops in half. The actual run time was only about three or four hours because I set up the first three games to run simultaneously in about three square feet of space each. It was a real success and we all had loads of fun, but if you don't believe me check out this post from one of my players.

The last thing I blogged about in the run-up to BOYL was the Tale of Four Oldhammerers painting challenge. I had already won some bragging rights by hitting the painting deadlines every time and scoring the most challenge points but that would count for nothing in the finale. I allied my Undead with James Taylor's Nurgle army and we fought the combined might of Steve's Slann and Chico's Hobgoblins. The game itself wasn't the best (although we had a few laughs along the way) but I always judge the success of a game by how much it is enjoyed by ALL participants. As is usually the way with games that lack a GM it turned into a one-sided affair quite quickly and James and I trounced the opposition thoroughly. It was a shame, because in our haste we never stopped to organise a GM or even a proper narrative. Steve and Chico will no doubt want to forget the game and the triumph seems hollow under those circumstances. Proof even Oldhammerers can forget their core values from time to time! At least I have a painted Undead army though! 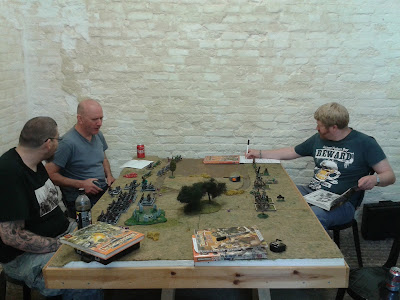 The big game, just about to kick off. 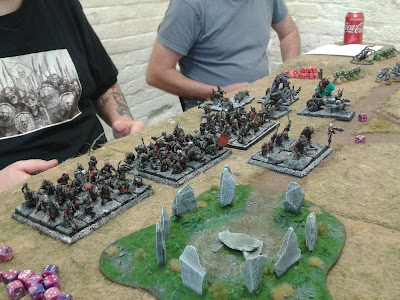 Say what you like about the gameplay, the armies looked great. This is Chico's force on the far side of my stone circle terrain piece. 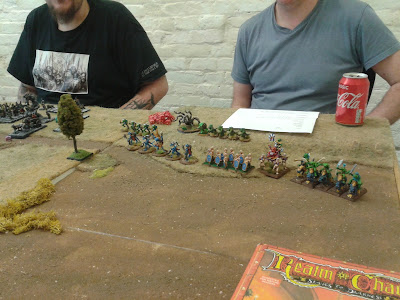 Steve's Slann prepare to march into a cloud of flies and poxed
fume. 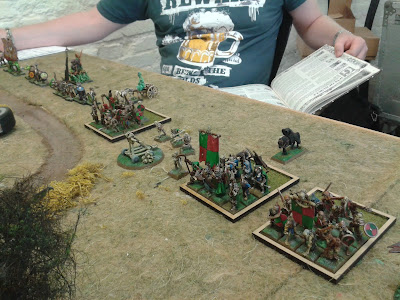 My Undead, thanks go to Golgfag AKA Paul for lending me movement trays. 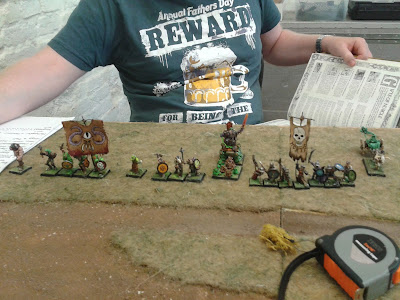 James' beautifully painted Nurgle army. I am sure Steve would say it was a privilege to have his army blasted to smithereens by the sorcerous powers of those gorgeously hand-painted magic banners.


I also ran a small 'pathetic aesthetic' themed game at BOYL 16, using the stone circle as the focus. 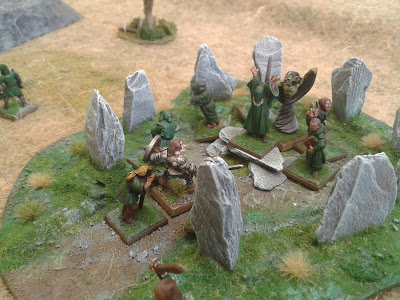 A group of deserters fleeing the calamity at Hel Fenn stumble across a midnight ritual to reawaken an ancient von Carstein vampire from it's tomb.


What next? I have to do a final round of whip-cracking and organising for the Night of the Living Lead 5 which is coming up in a month at the Foundry, but mainly I have been working on the new To4O-inspired painting challenge. Mordheim: City of the Lead involves James, Chico, Steve and I painting one Mordheim mini a month and playing out a (GM'd and story-based) game of Mordheim at BOYL 17 next July. We are taking a relaxed approach (no points or anything) and just concentrating on painting up some fun minis. I have decided to paint up the unreleased ex-Citadel wizards set Foundry cast up for us plus a couple of freebies dished out at BOYL. 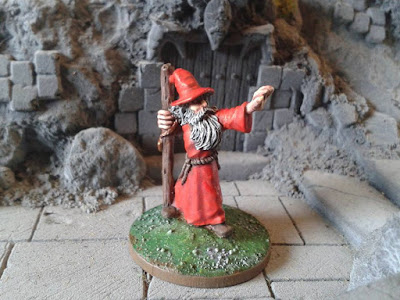 Month One. I'm not using them as magic users, they are merely researcher types naively exploring the Mordheim ruins. This will just count as a man with a club in the game. 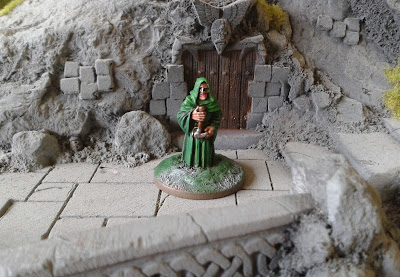 Month Two. Man with hammer. Many thanks to Curtis Fell of Ramshackle Games for handing out this guy, I have appeased the Gods for a time by painting a free mini as swiftly as possible. Curtis' kindnesses and selfless contributions to the Oldhammer Comuunity are too numerous to recount but do not go unnoticed.

I have a background narrative written for them, I will do a post about it one month once once I have suitable pun names planned out.