Part one of the review.

The review continues in a safe and sound chronological manner. As I said previously the Realm of Chaos game completely dominated the Saturday but I did find time that evening to take part in the second scenario of Thantsants' 'Bloodbath at Orc's Drift' participation game (all in glorious 2nd edition) before we got stuck into curry and beer (that is to say even more beer, if I'm honest). 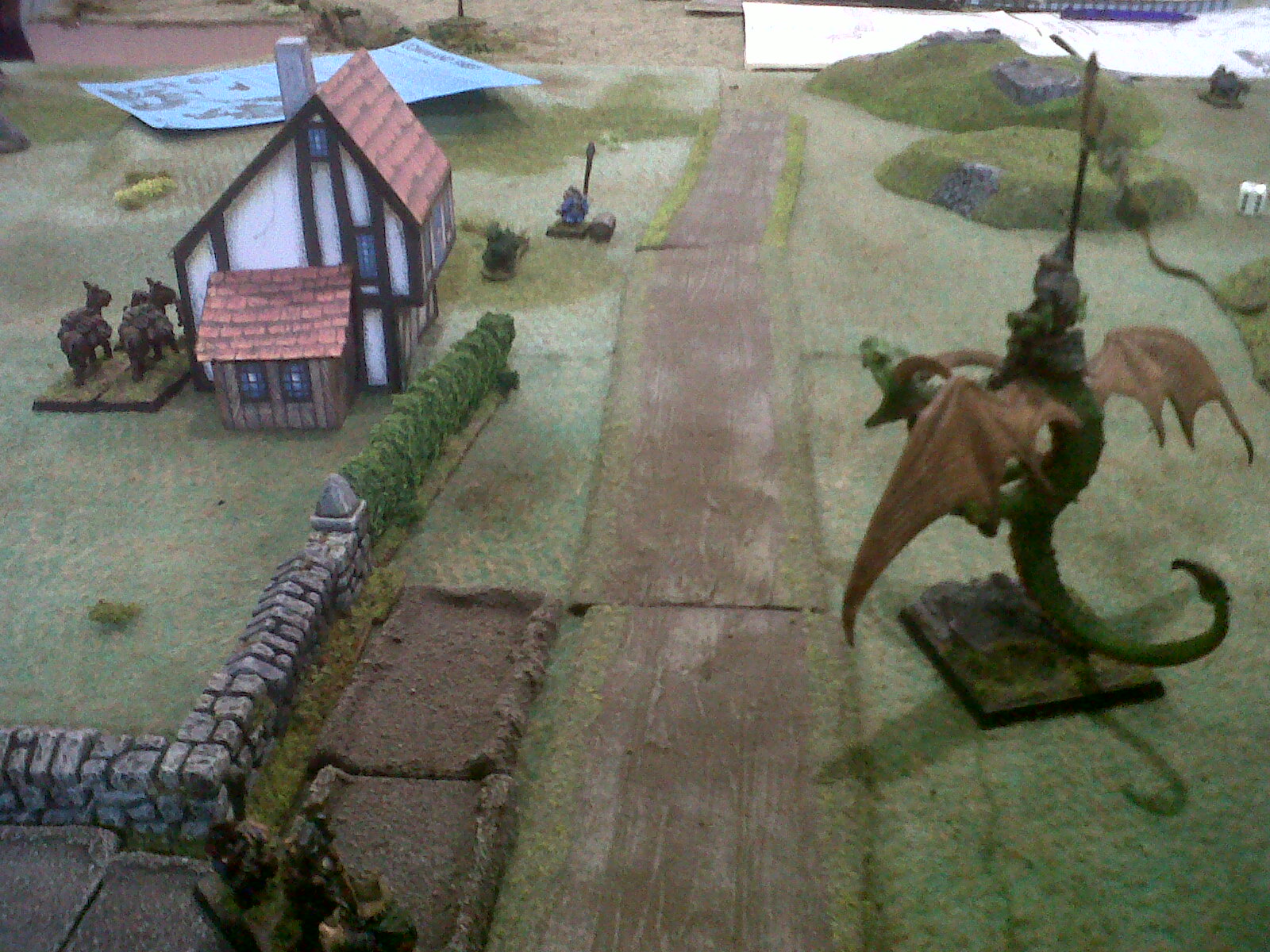 There's me! On the Wyvern! I'm swooping in to scoff some escaping Dwarfs and mules.


The initial three scenarios inform what Orc forces are available for the fourth and final battle and also what turn they arrive on. Although the first scenario involved the bloody massacre (the clue is in the name of this campaign) of some badly outnumbered Elves and their allies they performed well enough to score a lot of victory points thereby causing a problem for the Orc army in game four. In one of the three build-up scenarios the Orcish Monarch, King F'yar, is allowed to make a personal appearance. His presence makes a very big difference to the outcome in one game, but once that resource is spent that's it until game four. The GM randomised which game would have King F'yar available and it just so happened to be scenario two. I got control of King F'yar and his five loyal F'yar Guard while Gaj took control of the bulk of the Orc army. 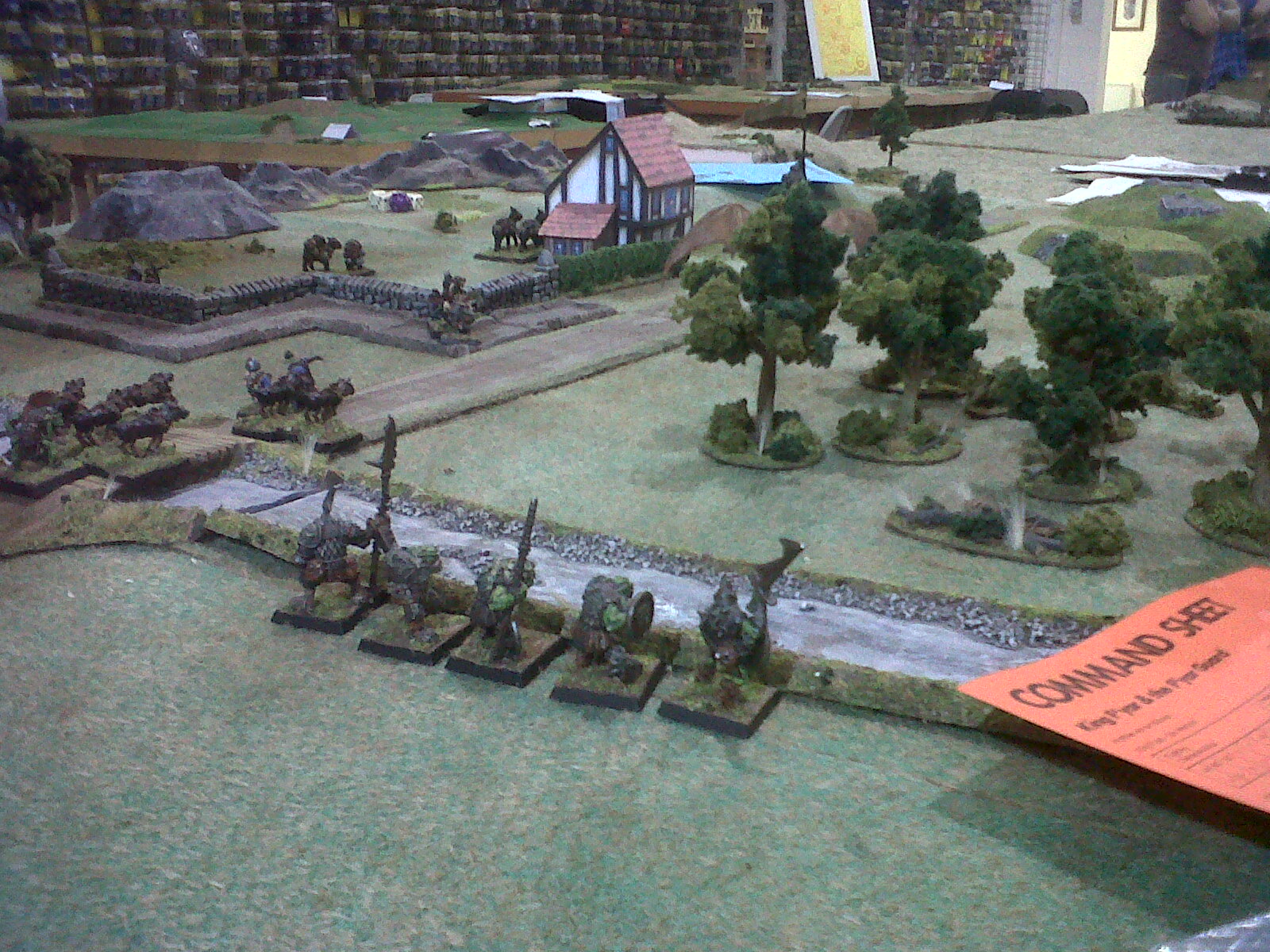 King F'yar is swooping off on his Wyvern behind the trees living the easy life while his F'yar Guard contemplate how best to cross the fast-flowing river in full plate and the rest of the Orcs fight for control of the only bridge crossing.


Scenario one is about some good guys being in the wrong place at the wrong time and getting casually smooshed by a passing Orc Waagh. Scenario two is about some Dwarfs who are trying to get their freshly mined gold to safety before the pillaging Orcs roll over them. This is a risky choice for the little fellows but we all know Dwarfs really love gold. Sadly for the stunties King F'yar and his Wyvern made all the difference, the self-proclaimed royal Orc was able to head the sluggish Dwarf miners off at the pass and make 'short' work of all of them. The only casualty taken was a F'yar Guard that drowned while fording the river. 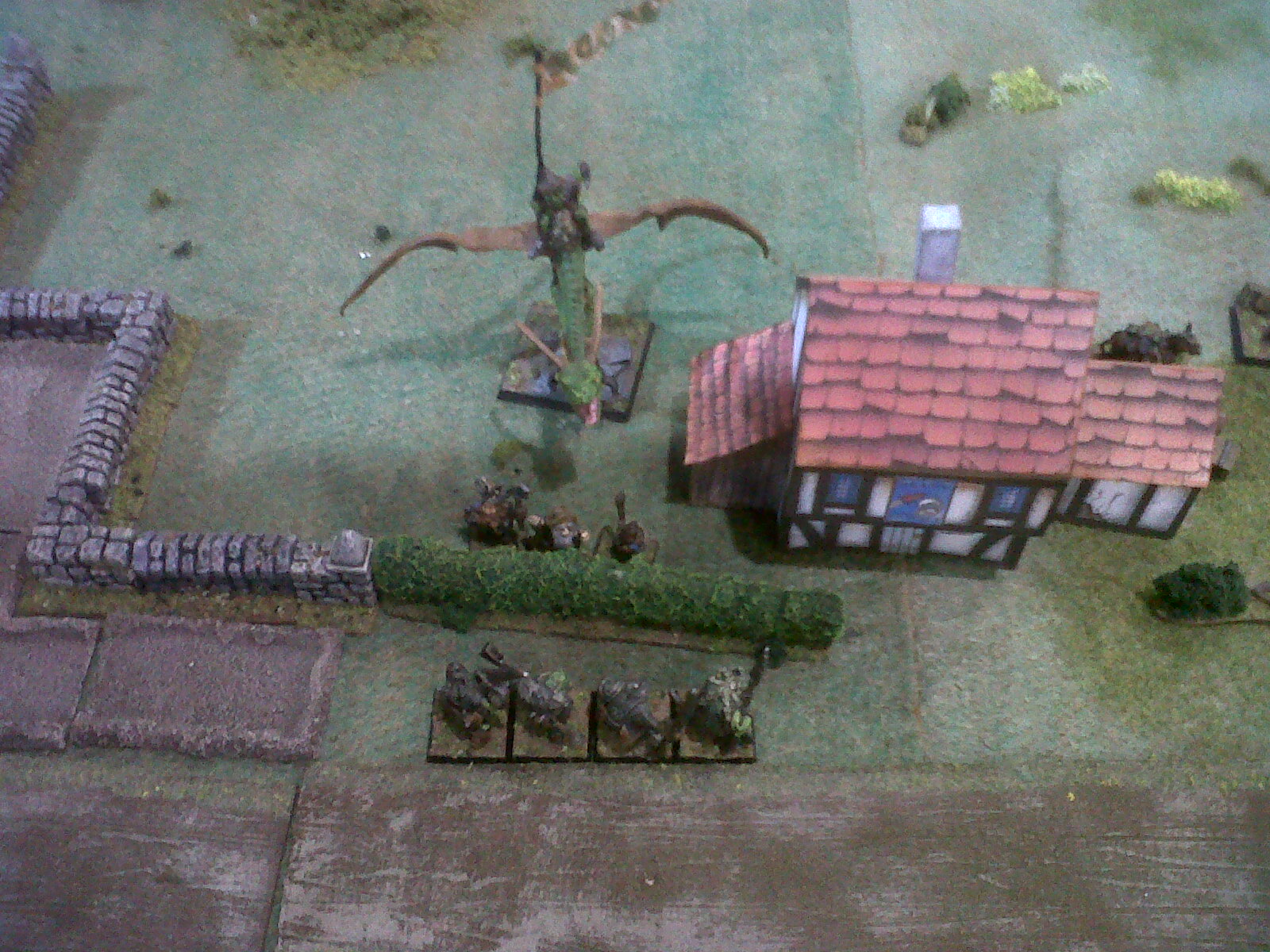 The last of the defenders make their stand as best they can. Inevitably, they end up as wyrm food.


The regular Orc troops blew the bridge crossing with their reckless full frontal assault tactics but King F'yar saved the day and also avenged the pyrrhic victory of the first game almost single-handed (almost single-handed; there was the whole Wyvern thing of course). BaOD is an outstanding campaign and one any Warhammer gamer should have a go at. I'm sure it could even be converted to any edition you like. I have an e-copy I can email you if necessary, just PM me on the BLOOD forum.

This brought Saturday's proceedings to a close! 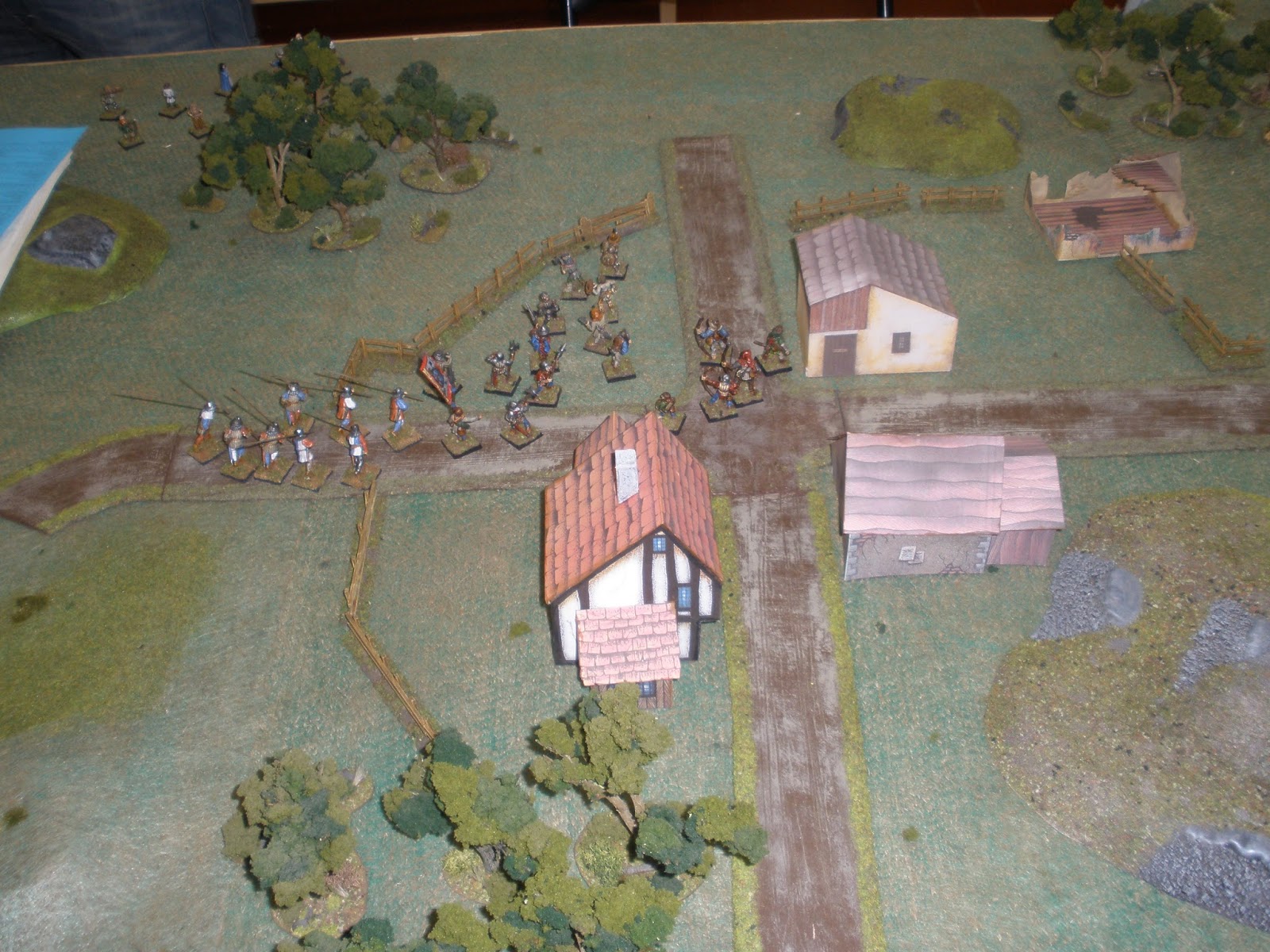 
There were one or two sore heads on the Sunday morning and the Foundry felt a little like a Zombie movie gone very bad but fueled by sheer enthusiasm Thantsants and I played out Scenario three. This time the good guys are humans who have to shepherd off some refugees while delaying the Orc hordes. I played as the bedraggled Linden Way militia and although I got all the refugees off safe and sound I couldn't kill enough Orcs on my way to defeat to score enough victory points and the pendulum swung firmly in favour of the Orcs for the finale. It would be remiss of me not to give an honourable mention at this point to the senile old wizard Barrachus, who managed to muster just enough clarity of mind to shroud the Orc Shaman in mist long enough for the refugees to get out of Dodge!

With time running low and not enough players available four part four we chose to postpone the last game so that we can do it proper justice another time. We are planning to play it at the first YOBBOS (the Yorkshire Oldhammer group) meeting so watch out for the conclusion this November!

Still to come, the cabinet tour and the table tour.

Thanks for stopping by!
Posted by Warlord Paul at 08:14