Thursday night is club night in the world of Warlord Paul and tonight and next week is the pre-season for the new 2013/14 Blood Bowl league or 'Monsterbowl' (the actual real world Superbowl marks the end of our season). The return of Blood Bowl was a year ago now, I ran a knock-out cup as a toe in the water (the final was won by the Human Bashington Deadskins AET on a simple, single dice-off, how OS is that?) which proved to be a big success so I followed it up with a league (which, rather embarrassingly, the Orc team Greenback Gales coached by yours truly won, see below). The final league positions were used to seed the teams into four divisions and the latest format is close to the Superbowl now, rather than the Premier League as before. 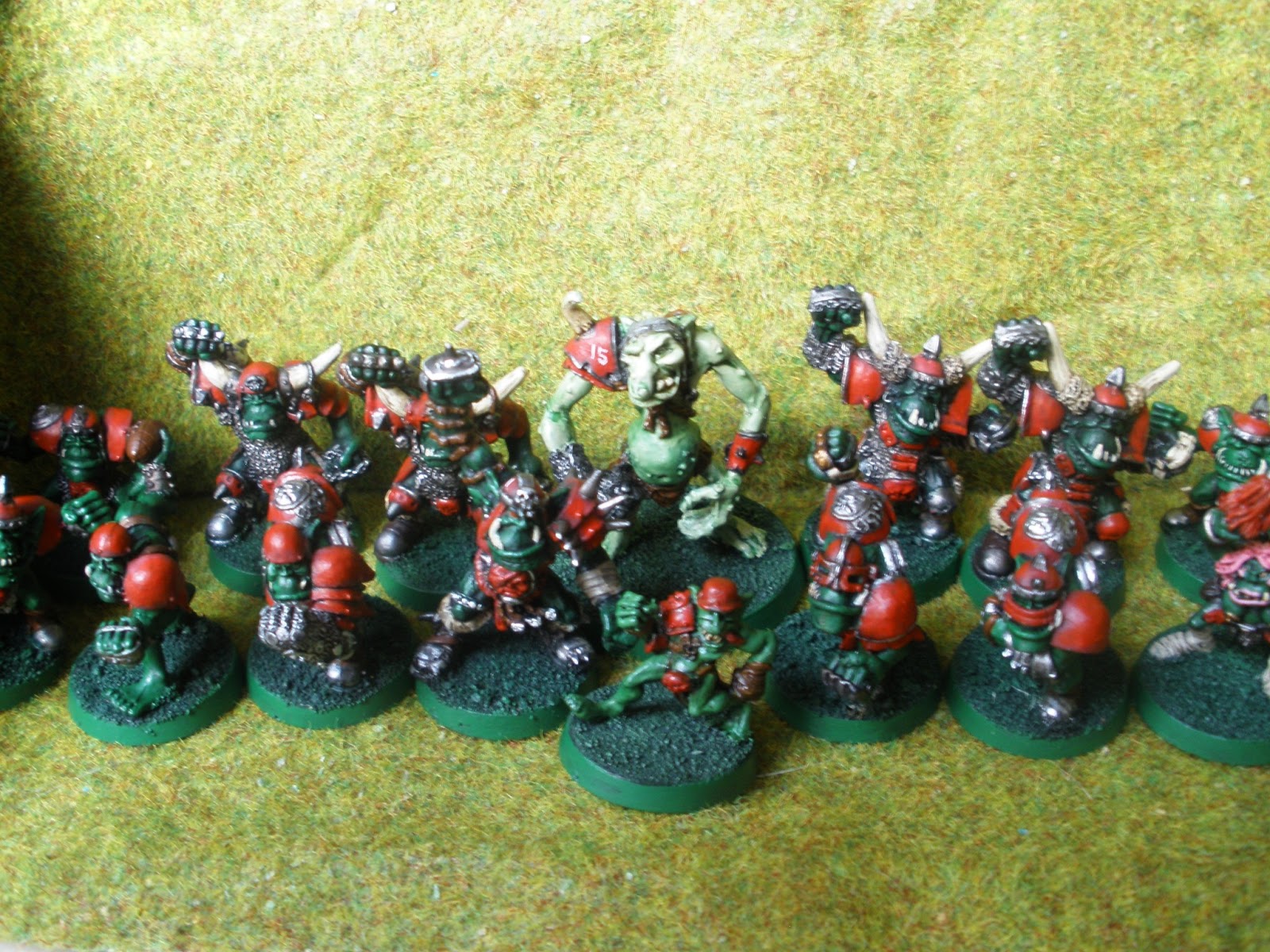 Note the lovely Troll, Nurk Nobrain, centre/back row in the above photo (and centre below). He is an awesome sculpt and was lovingly restored by me after long years of inadequate storage had left him with a broken left arm. 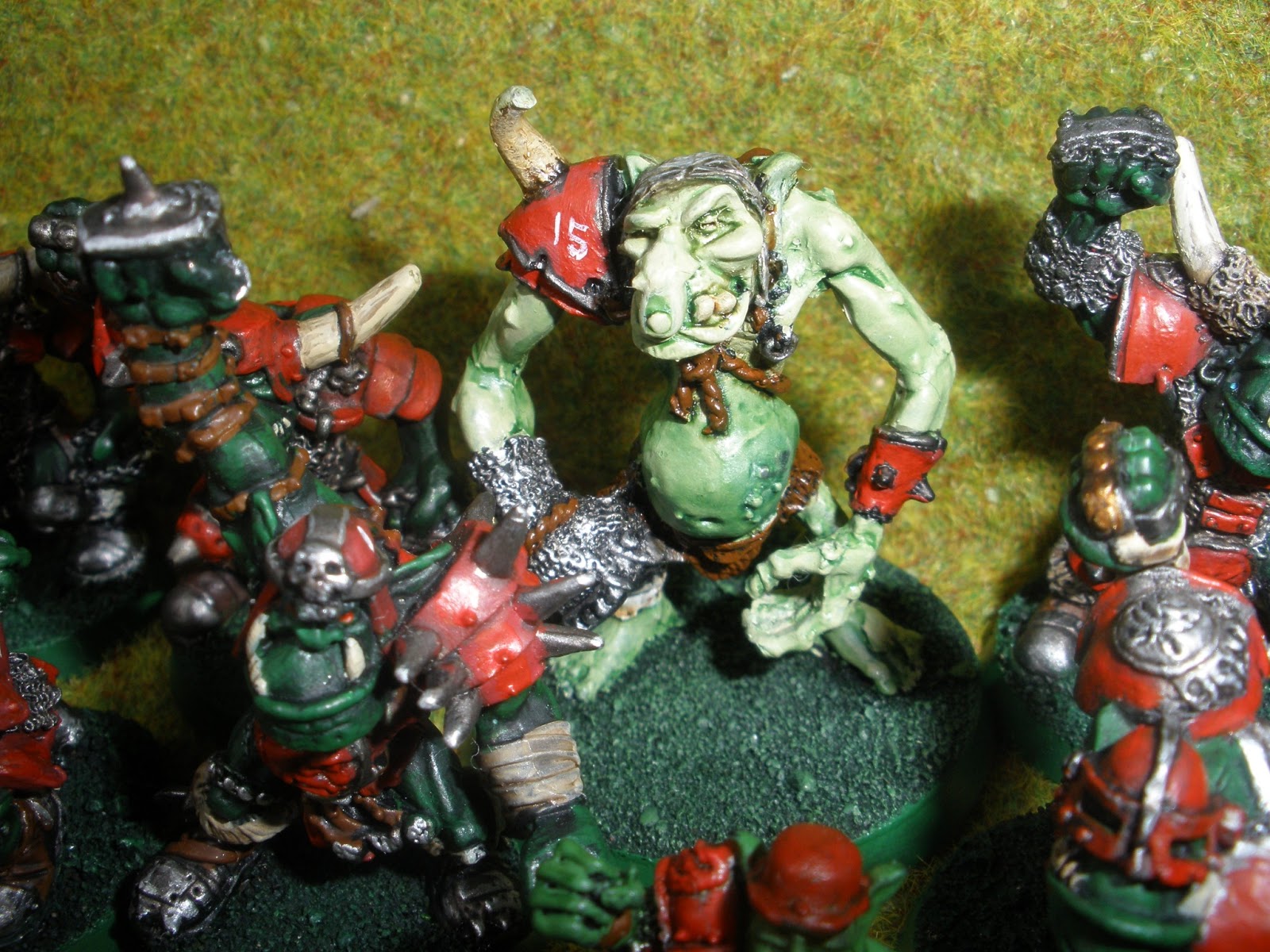 We are playing using the free to download PDF from GW, which is actually a pretty good set of rules. We play with a gentleman's agreement not to foul each other and all the games have been exciting so far. Most people have the 3rd edition pitch and I bring four of them each week to borrow so we use them, though an ambitious few have stated an intent to build their own arenas.

I also have a copy of Kerrunch! This may get an airing at some point if I can dettol the paint of these fellas (below) but the only WIPs I am allowing myself at the moment are the Boone's Landing Rogue Trader project and the Oldhammer Event Day project, so that will have to wait. That battlemat is coming along by the way, but its not half as simple as the mug in the youtube video makes out. He missed out loads of 'this could go wrong!' heads up opportunities which I will share with you at the unveiling. 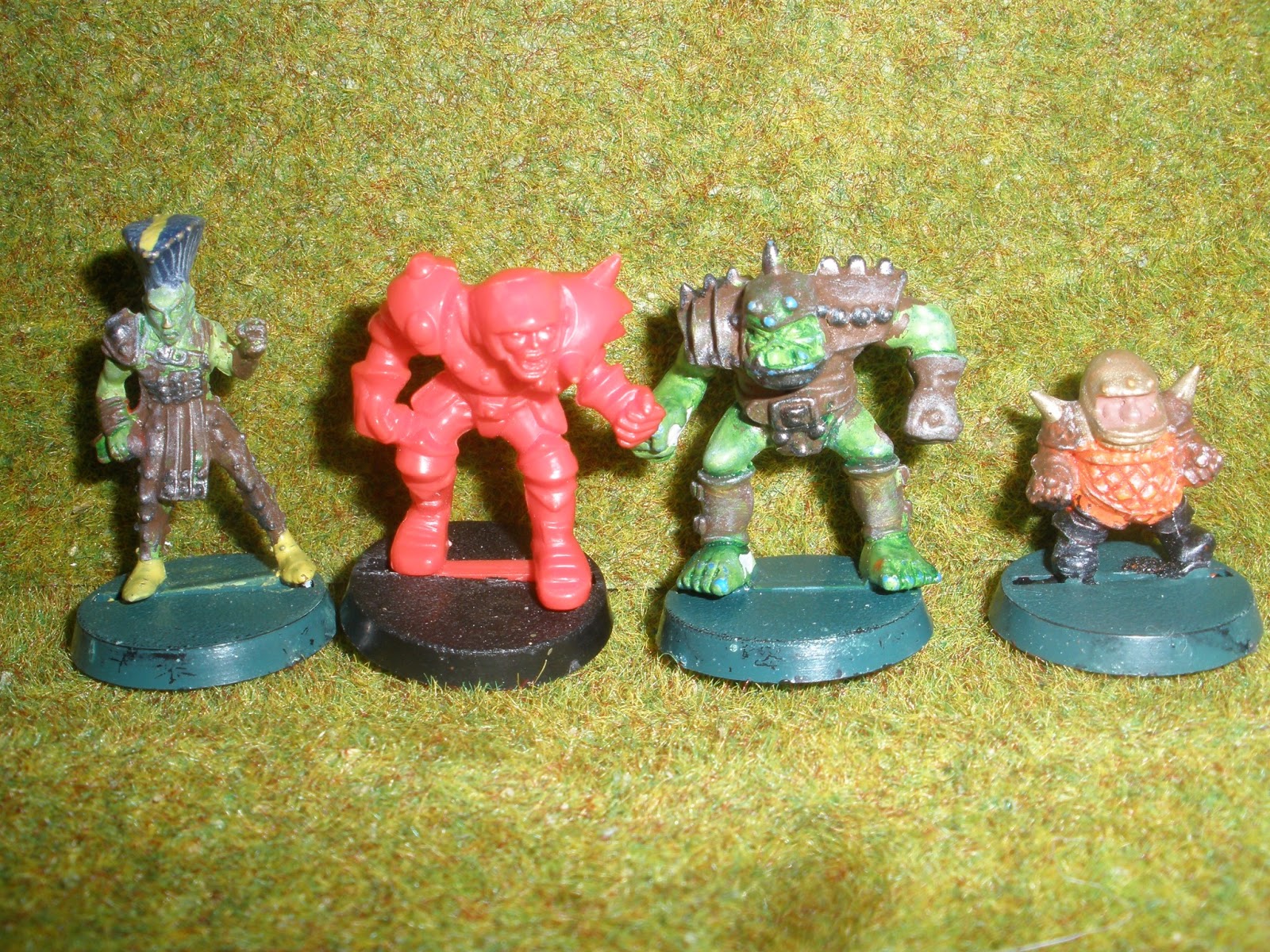 I am taking on a highly ranked team in the pre-season training game (which allows you to accrue SPP etc.). The Triple Ls (Lustrian Lounge Lizards) should be a tough match for the Orcs, though I beat them 3-0 in the league thanks to the sort of consistent luck one would normally associate with the extensive practice of child sacrifice to the Dice Gods, the sort of luck one expects to account for in the afterlife, so the Triple Ls will be out for revenge.

Additionally, I am keen to make it clear that I am not a complete b******d. Wife preferred V-day to be tomorrow. I have got her flowers and everything.
Posted by Warlord Paul at 04:05