The time has come to discover the fate of Captain Travers and his men. In Part One the element of surprise helped Colonel Legault gain the upper hand, but now it all comes down to a good old-fashioned firefight. 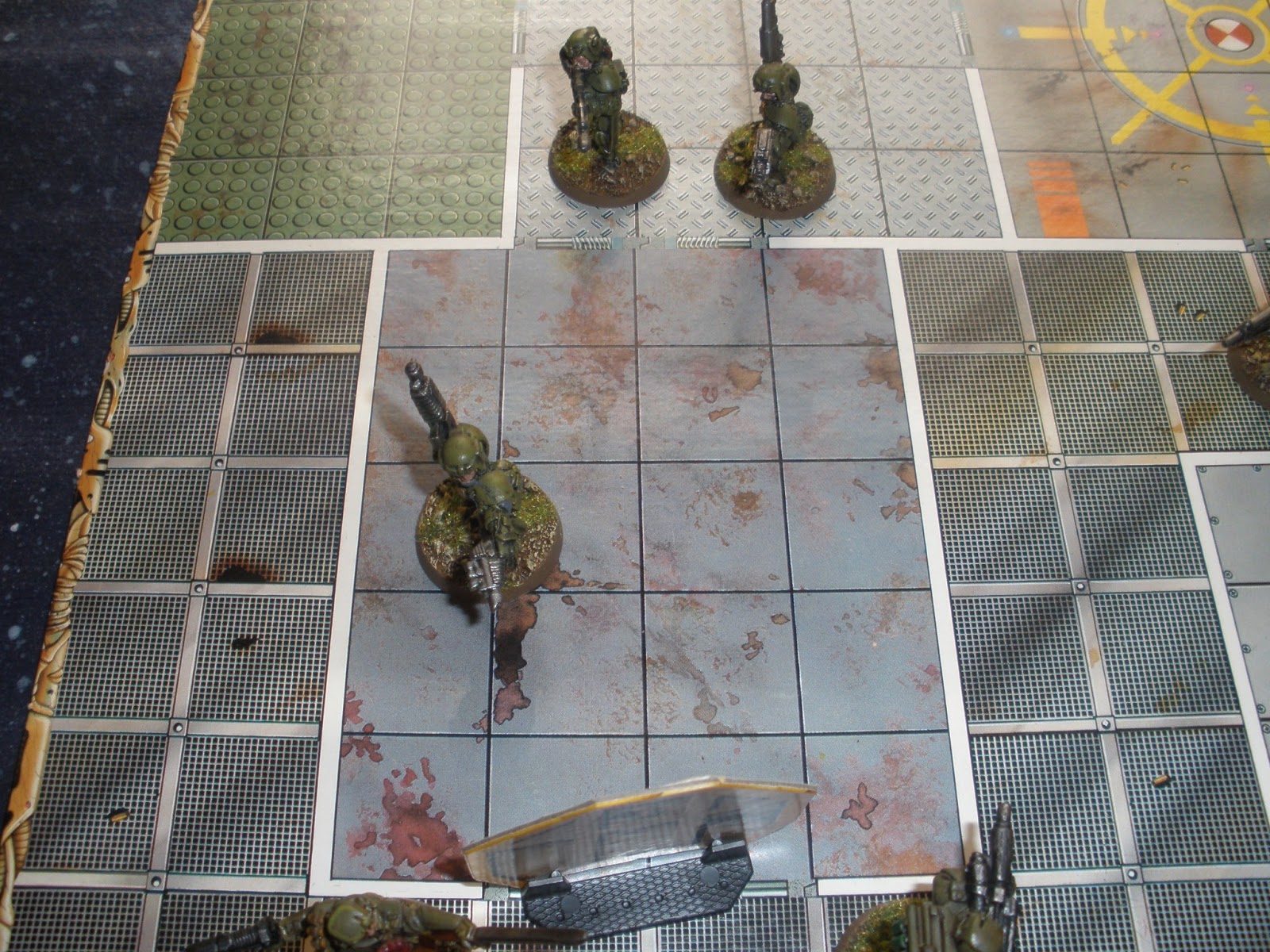 Tired of being on the receiving end of a beating, Travers begins to threaten Legault's position with an advance. 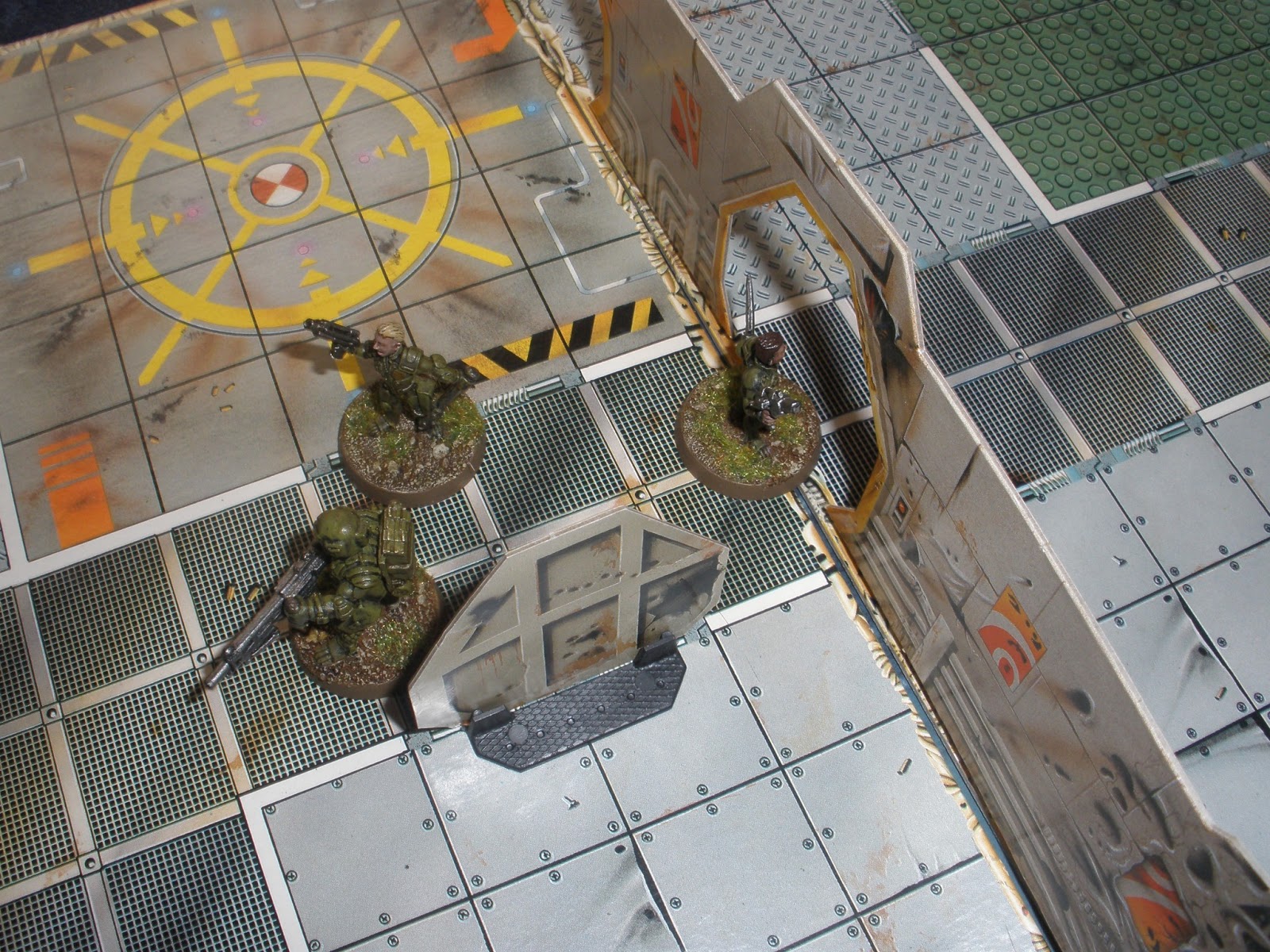 Porkins goes onto overwatch, he doesn't have the best view of the corridor but he doesn't dare reposition again. His back is covered by two of the new guys. 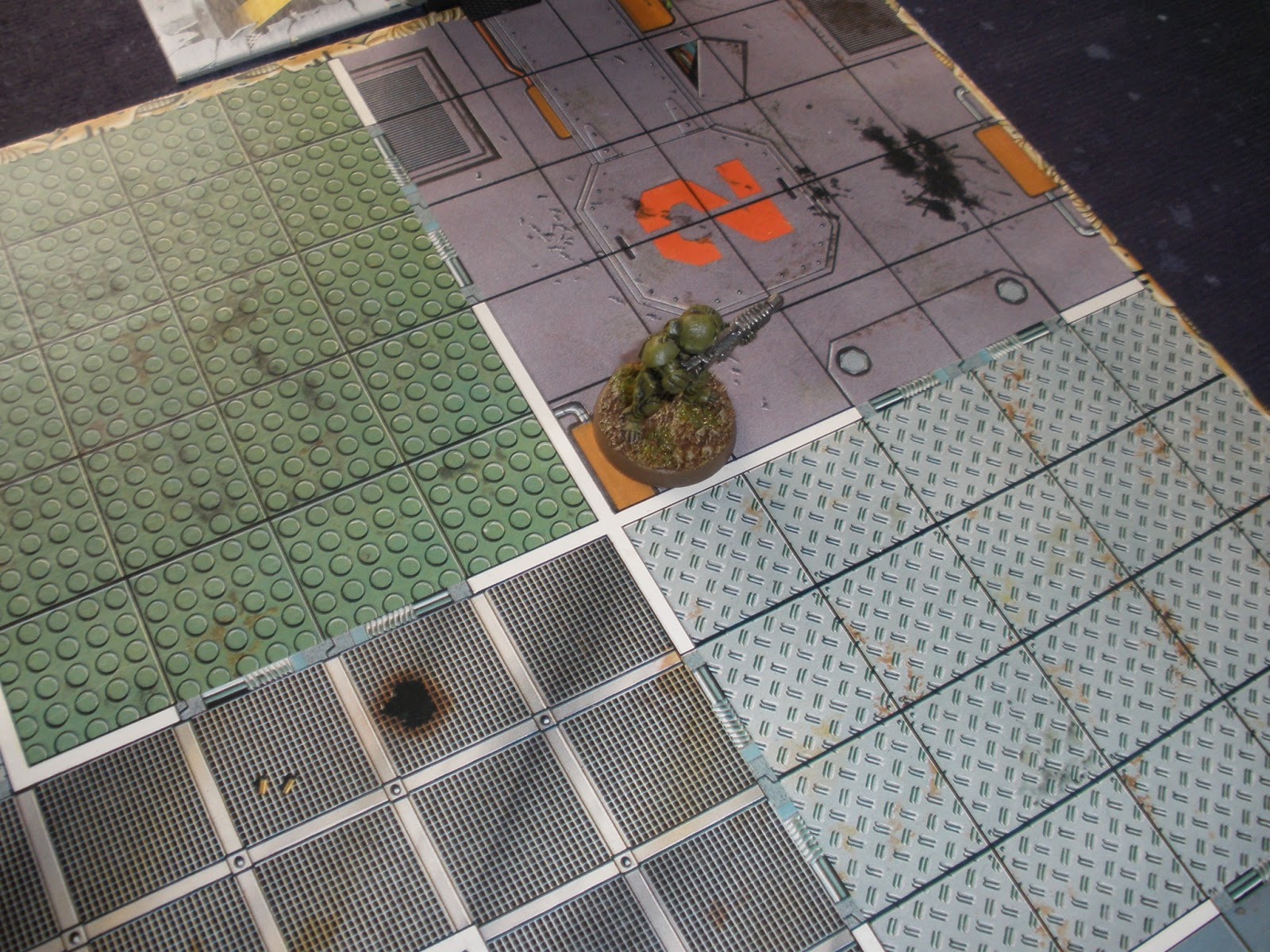 Higgins pulls himself together, though isolated he is still HPS, and he has a job to do. 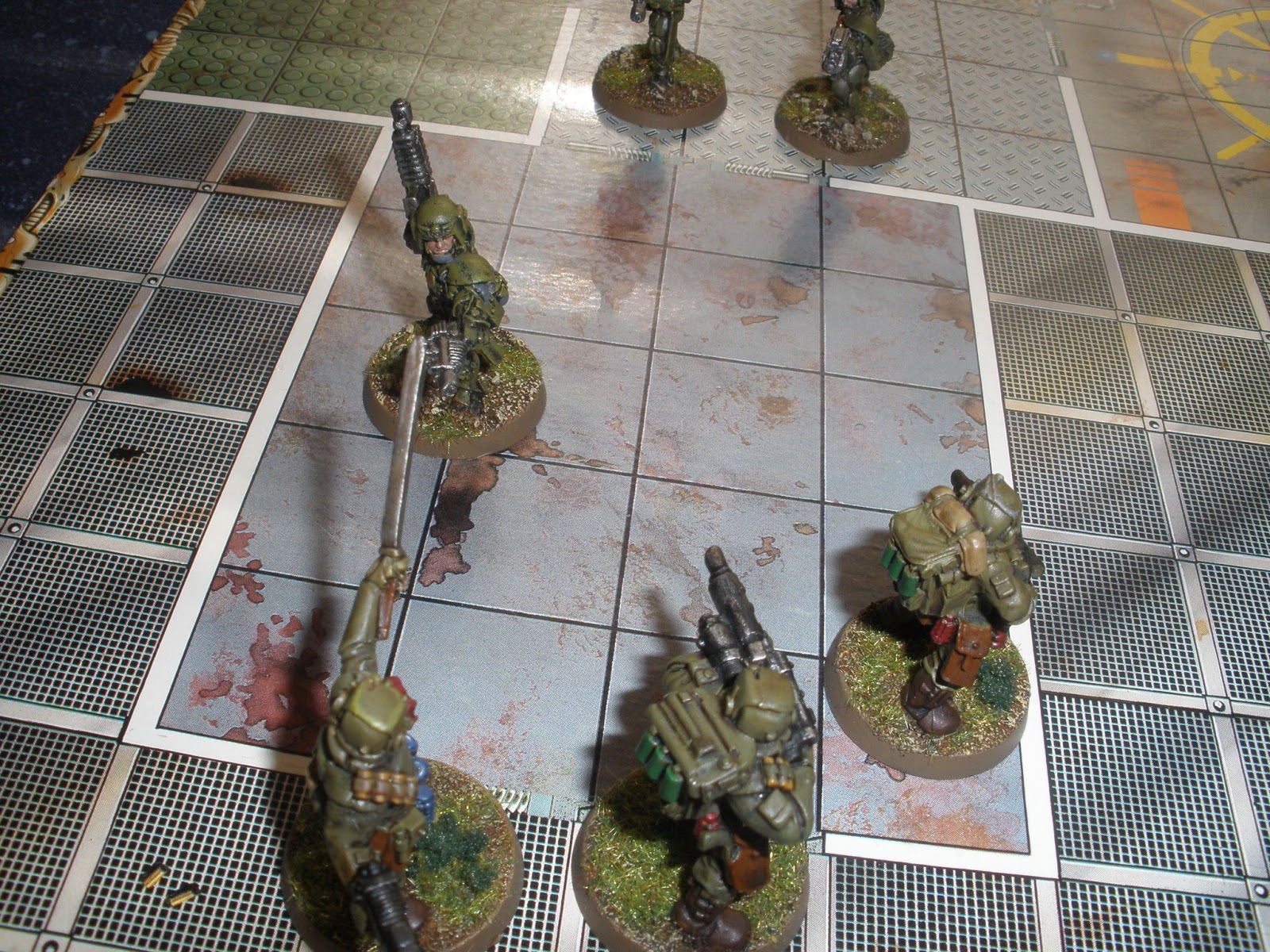 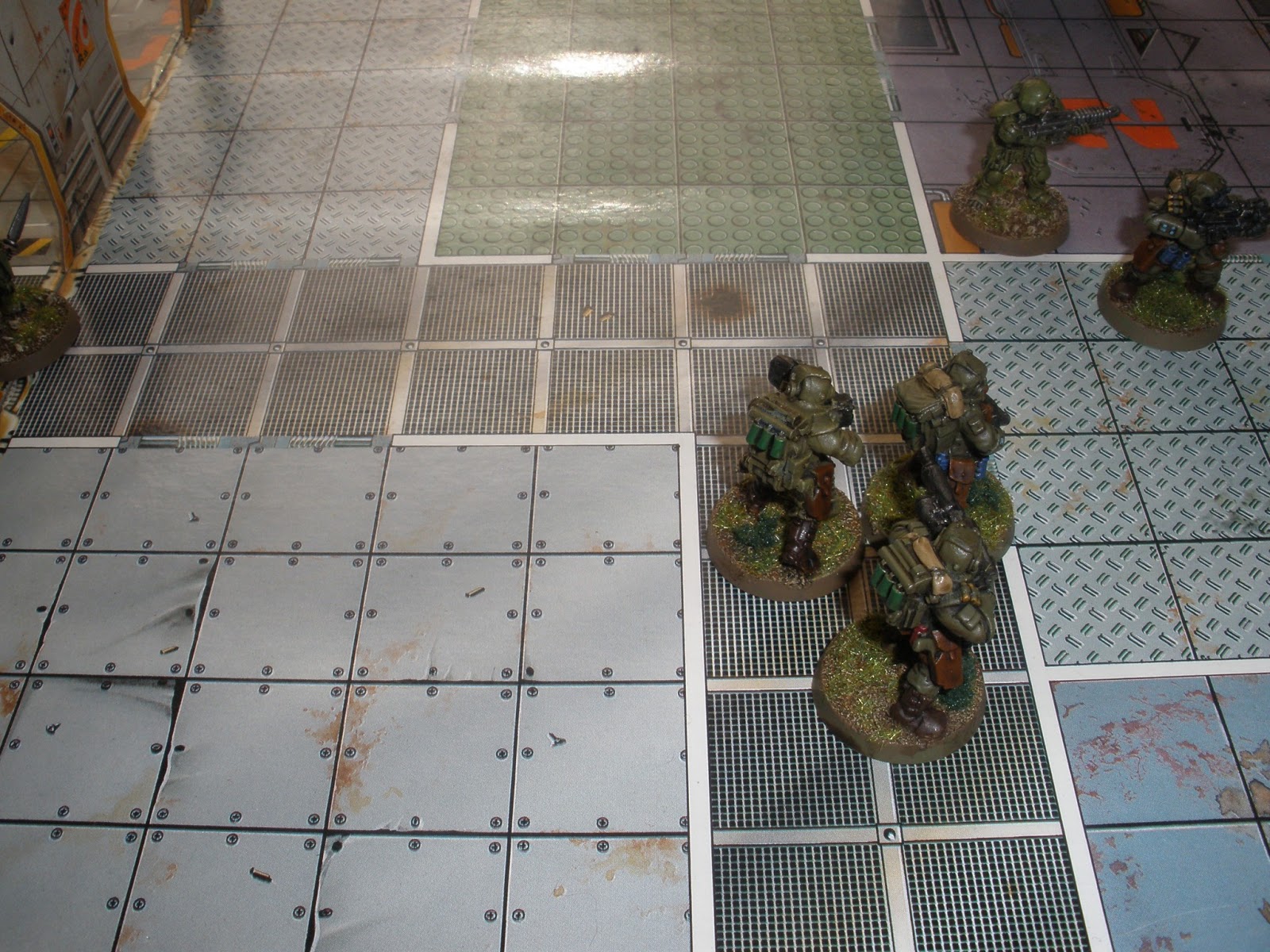 Fulbright aims to overwhelm the HPS perimeter from behind, one of the Stormtroopers is ordered to deal with Higgins. 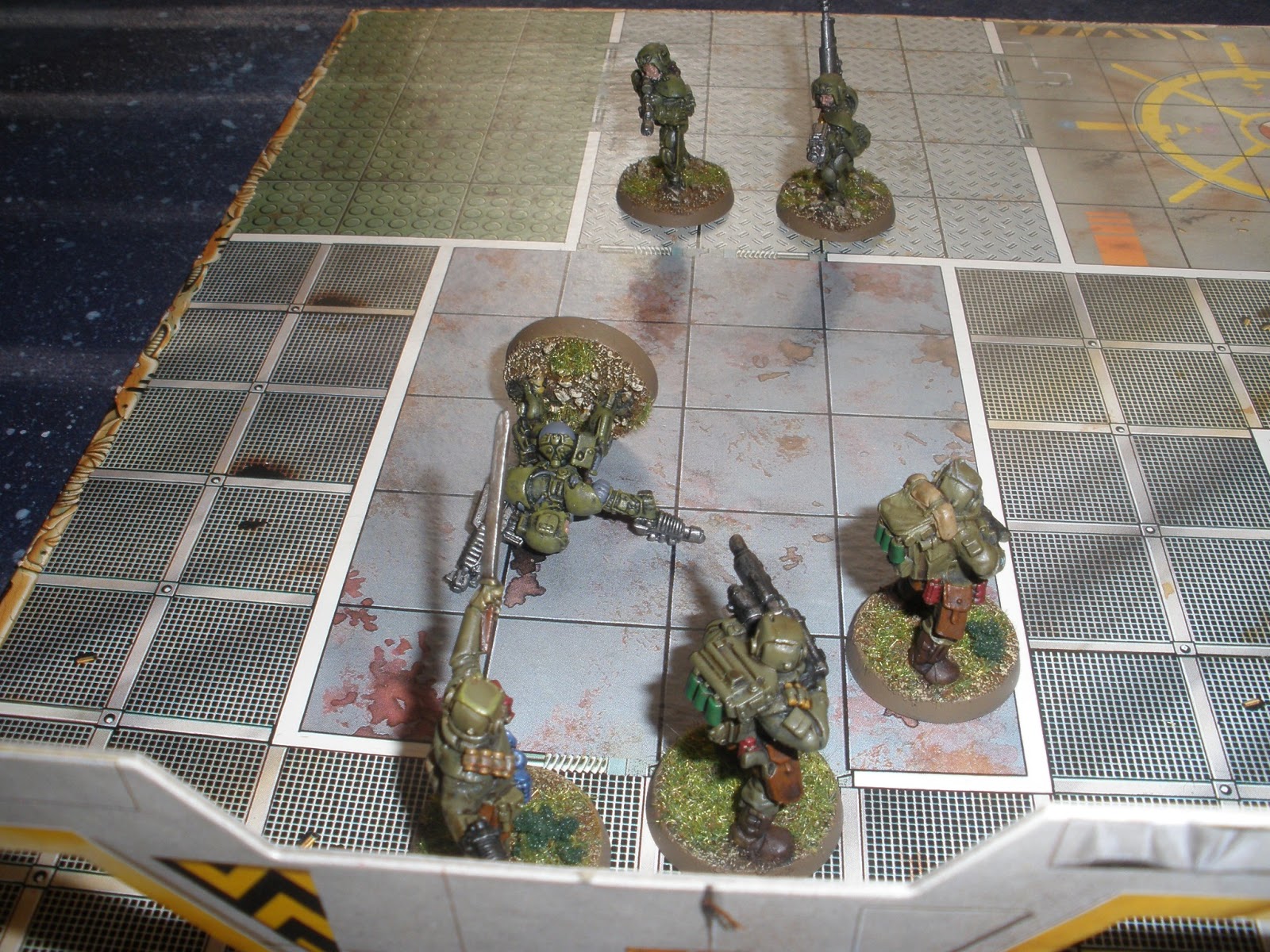 The HPS overwatch fire is ineffectual and the casualties start to become a real problem as the Stormtroopers superior tech begins to tell. 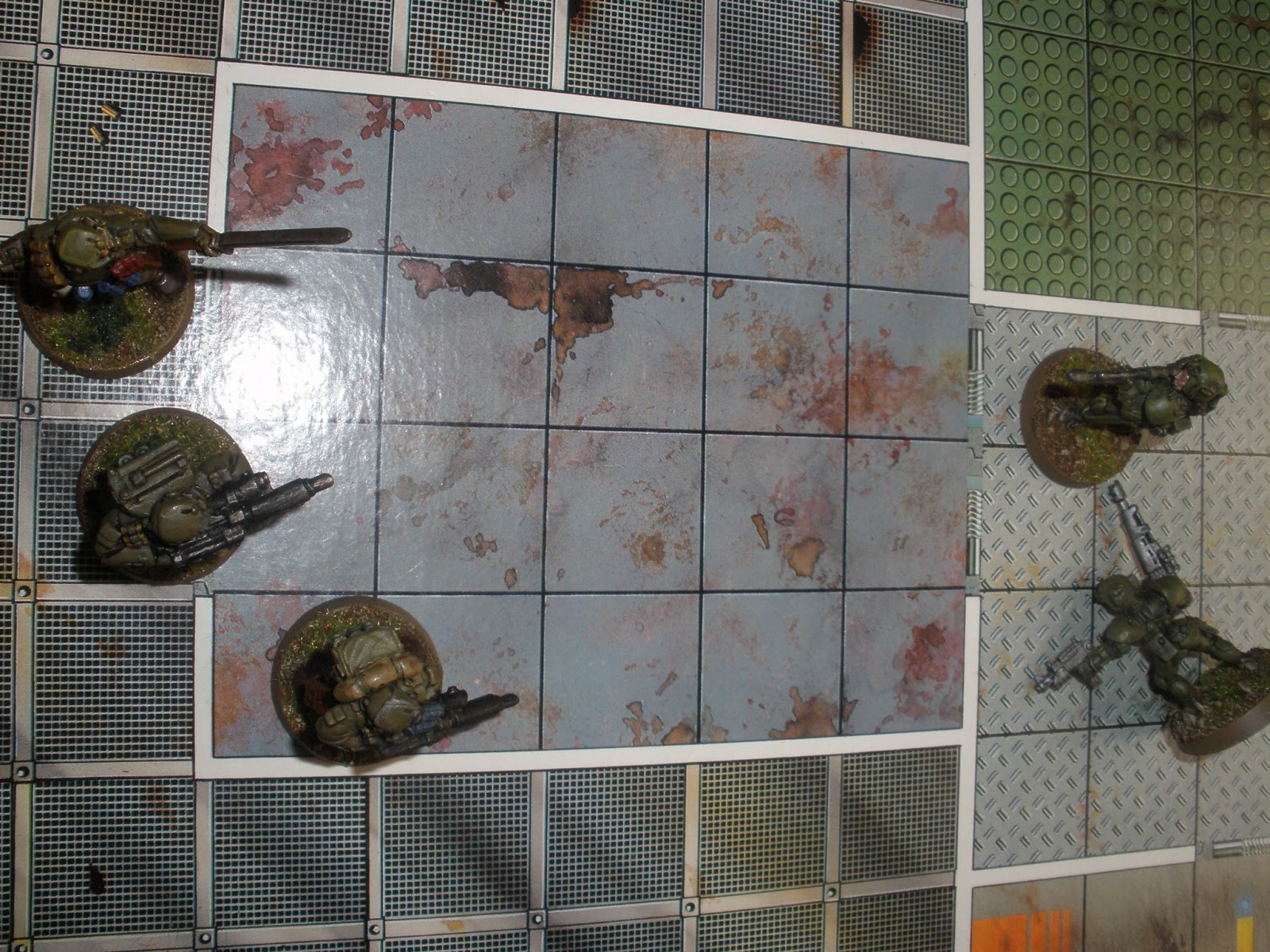 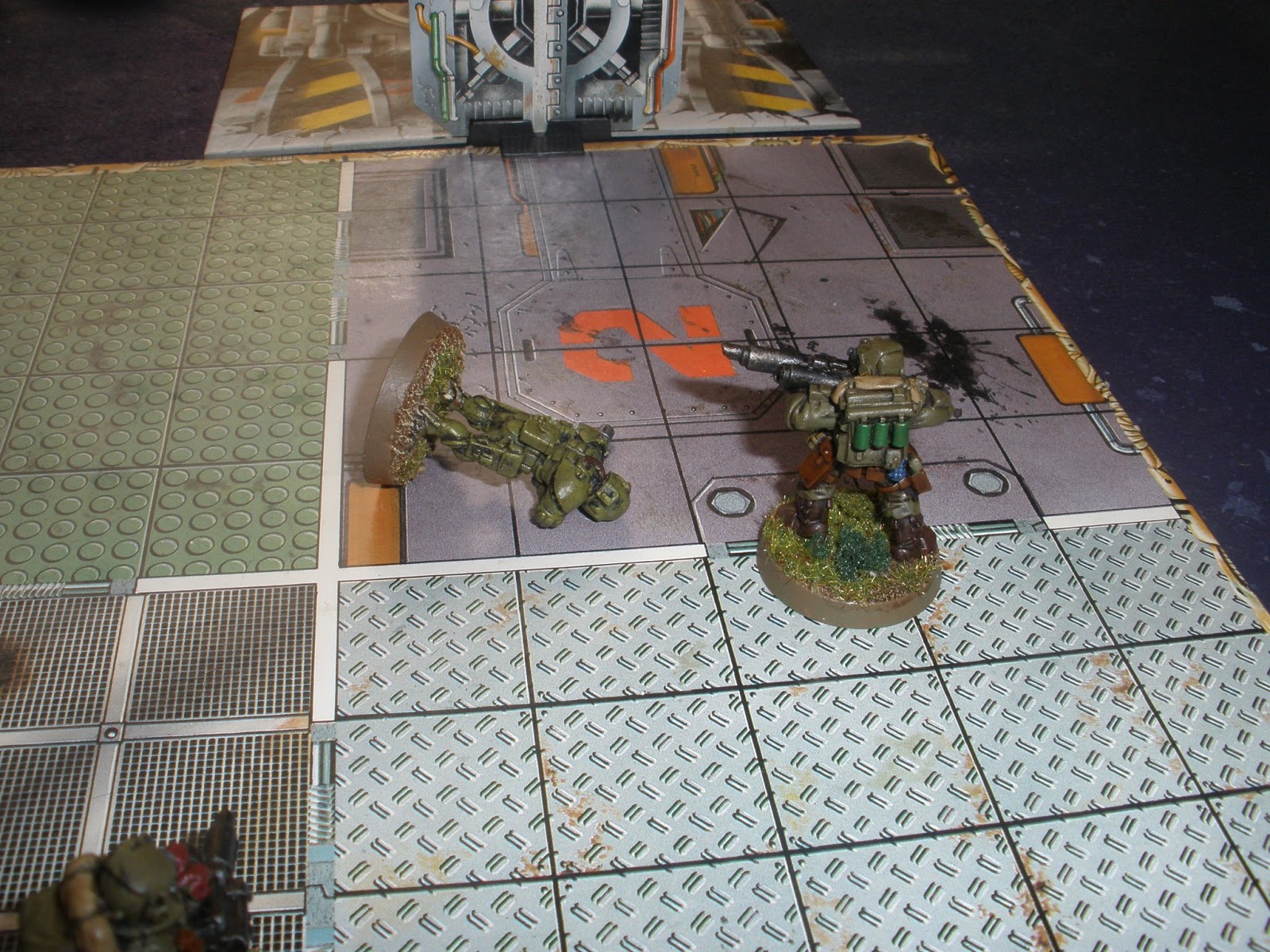 Higgins has had time to set himself on overwatch, but to no avail. His panicked shots ping harmlessly off the ships interior wall while the return volley is as lethal as it is accurate. 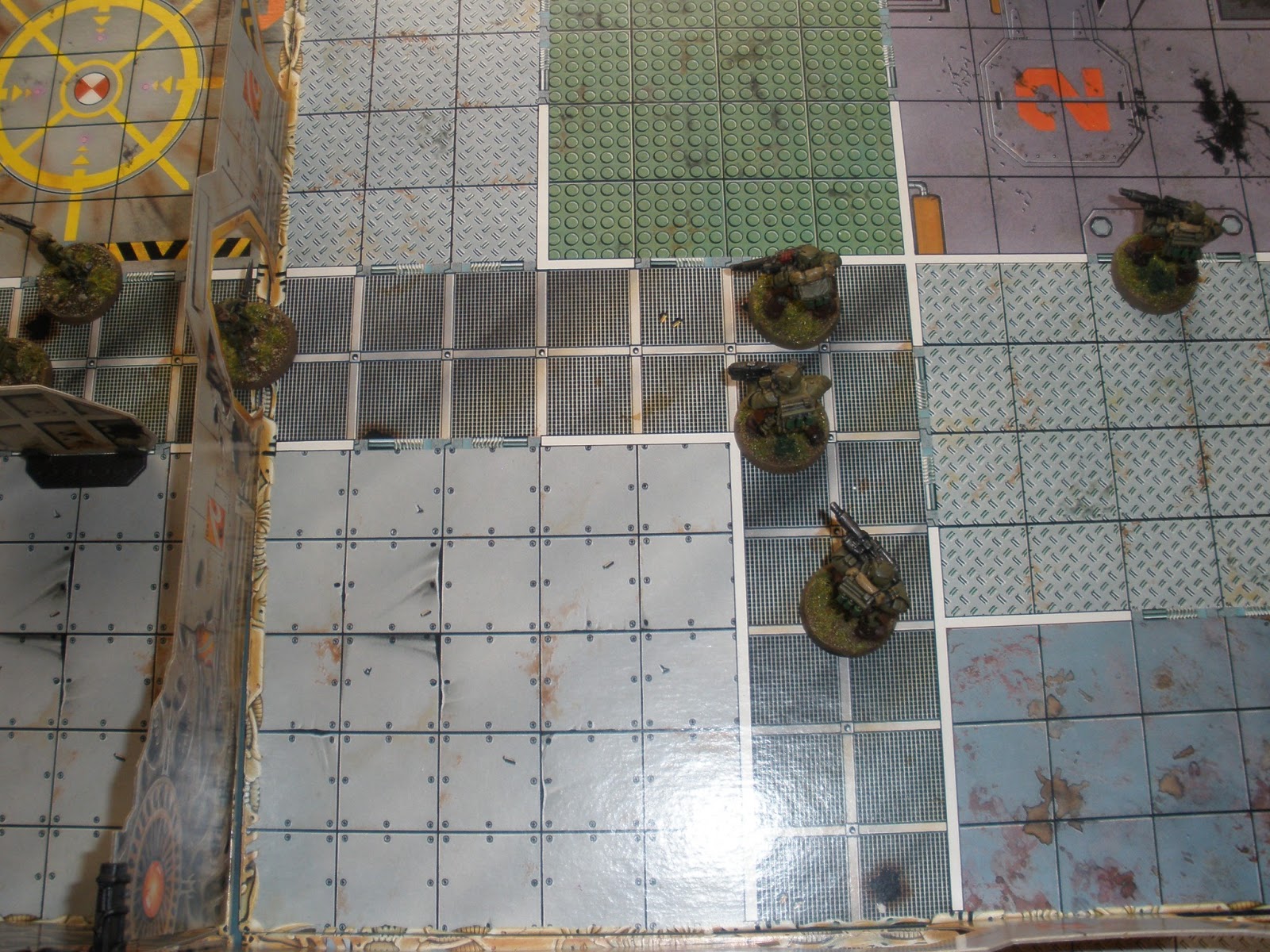 The new guy guarding Porkins' rear manages to survive some heavy fire from Fulbright's fire team, but morale is at an all time low. 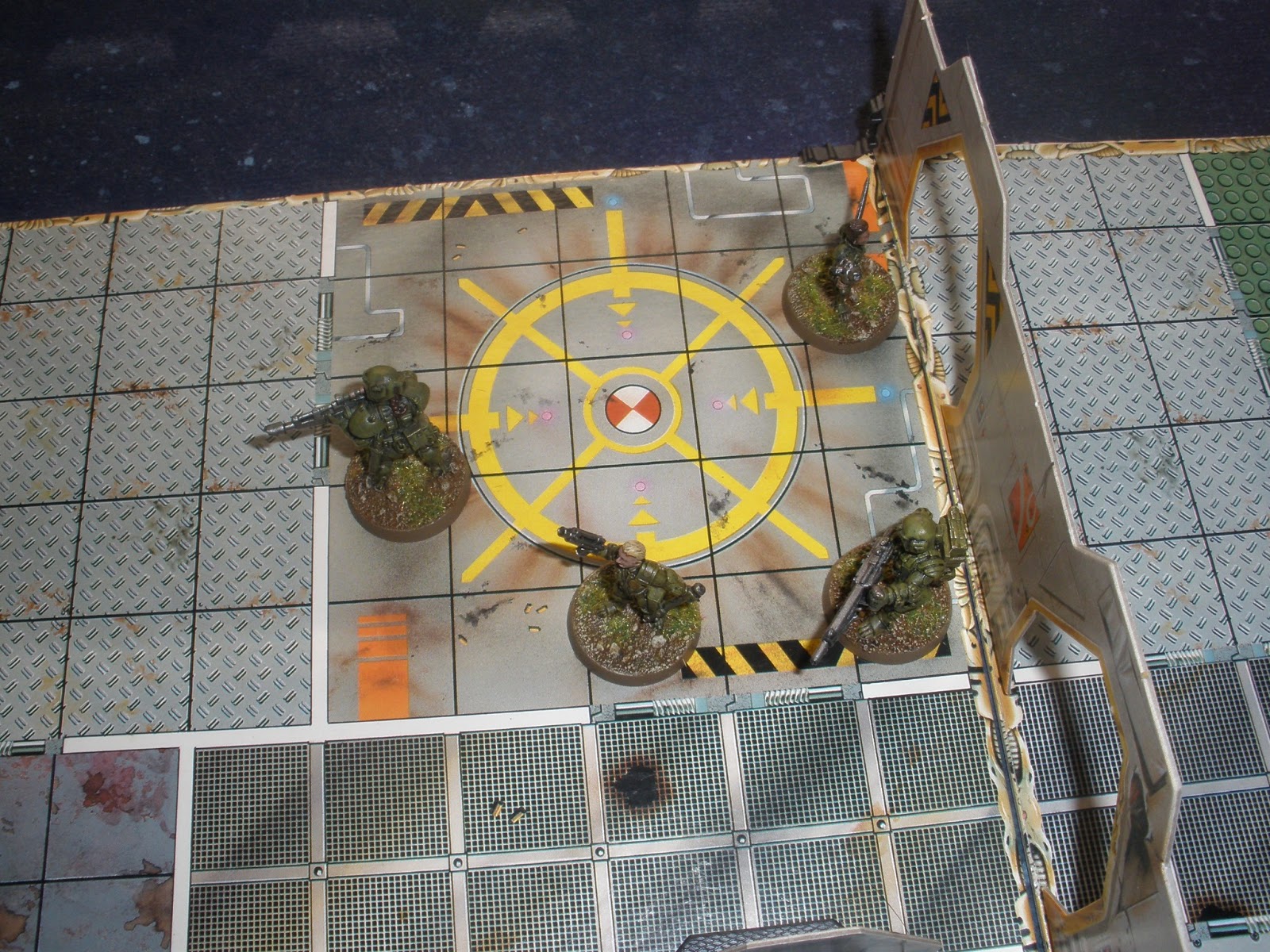 Travers Last Stand. The four survivors pull back into a single room, knowing that death is certain. They prepare to meet that end as best they can. Legault's fire team gets into position for an assault... 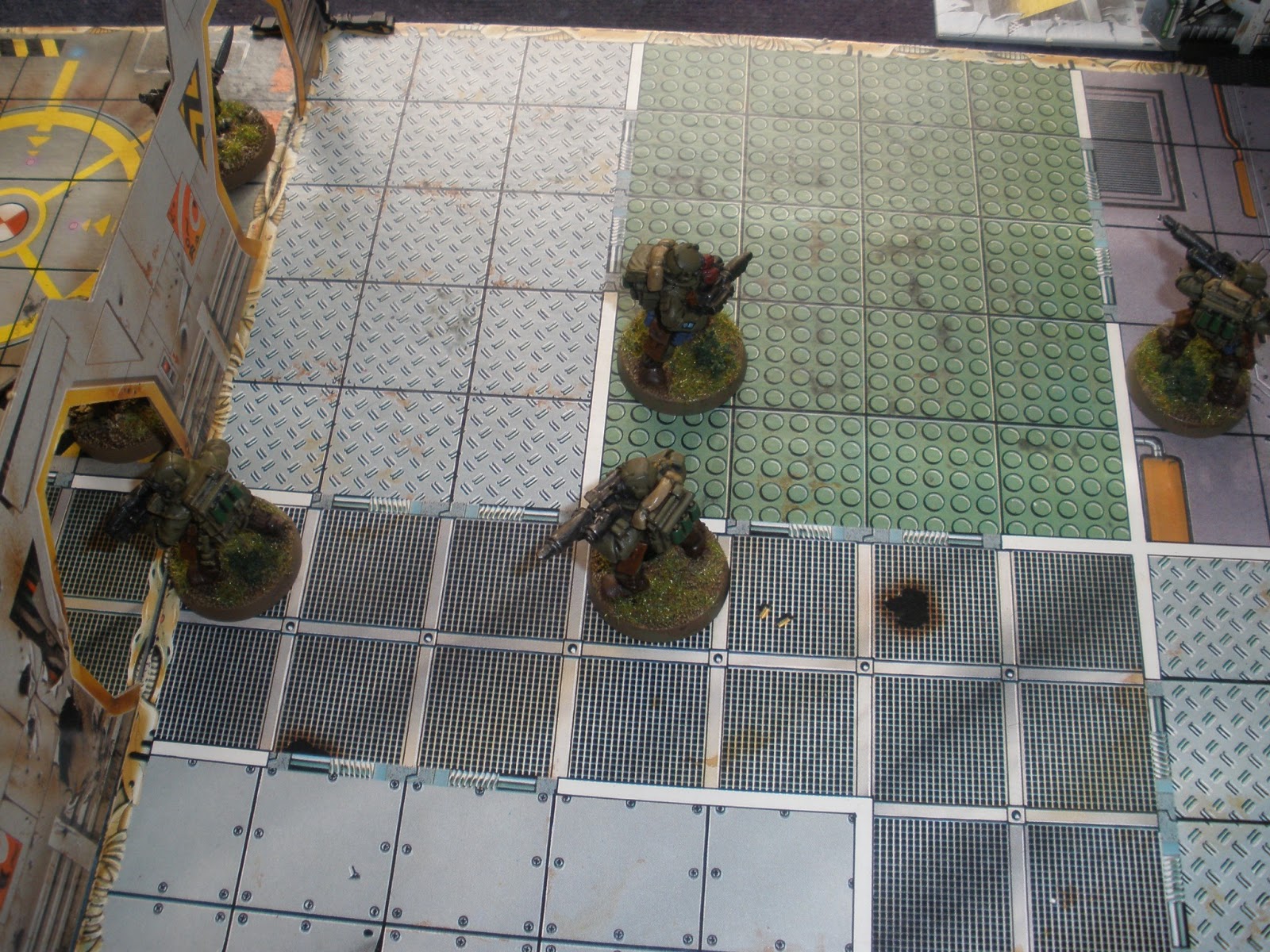 ...as does Fulbright's. The HPS are all on overwatch now. 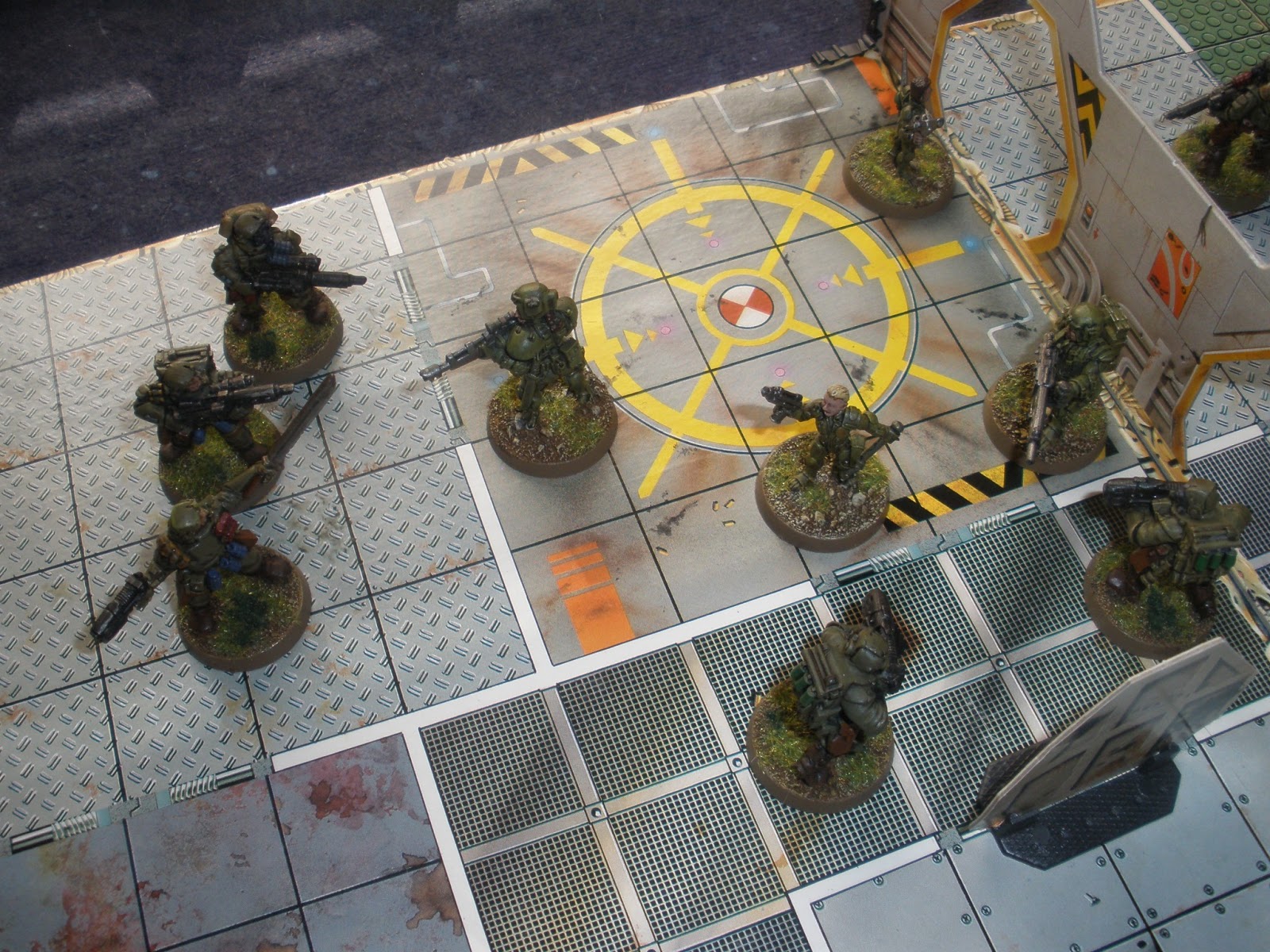 GO! GO! GO! Legault and Fulbright launch an overwhelming assault on the workshop, the HPS overwatch fire forces the first Stormtrooper armour save of the game on a 5+. It was passed. 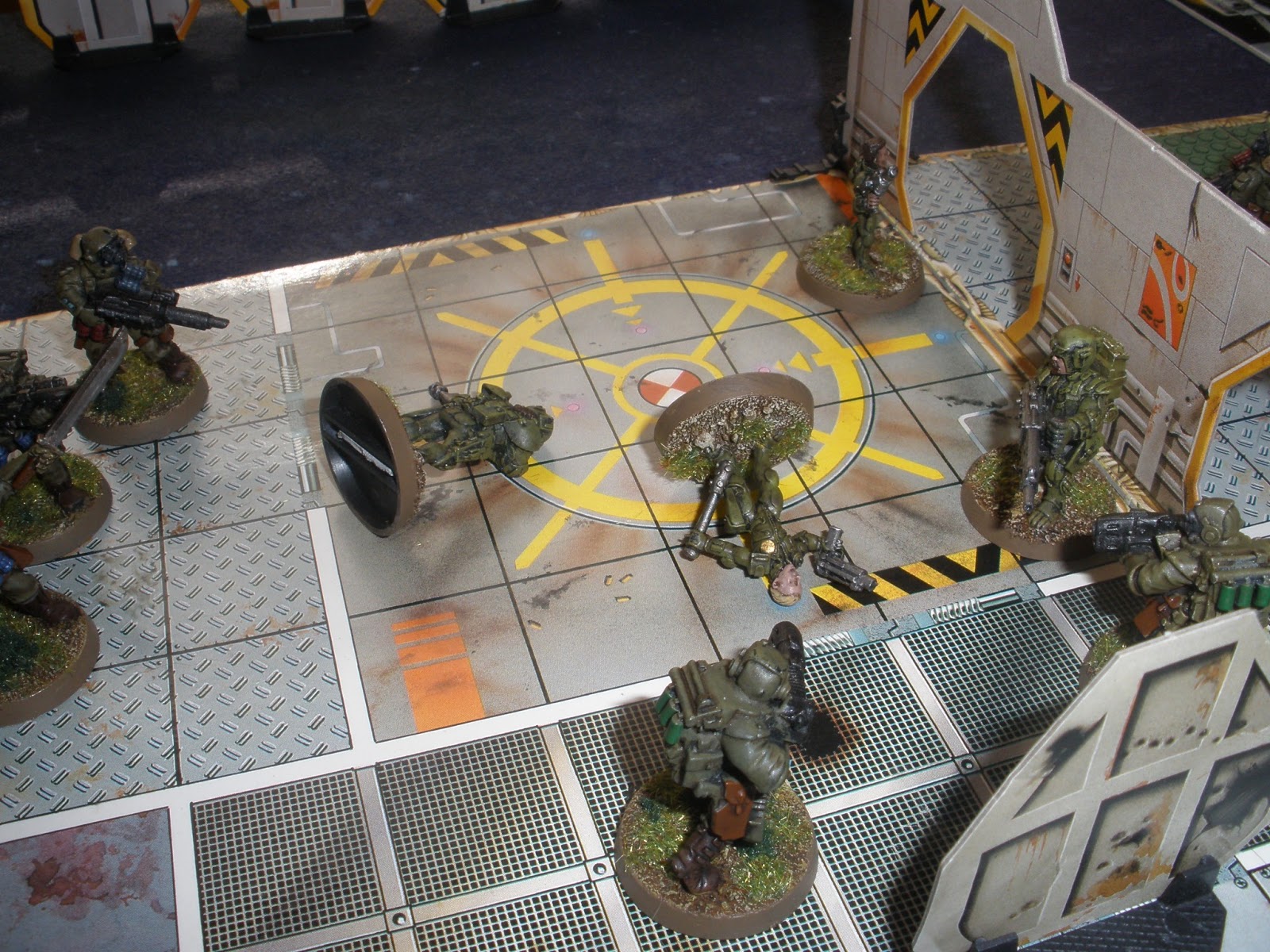 In return, Captain Travers and one of the new guys are killed. Such base treachery. Porkins is able to force two more armour saves on the Stormtroopers, desperate to kill at least one and restore a little pride to Travers' memory. Alas it was not to be, both saves are made. 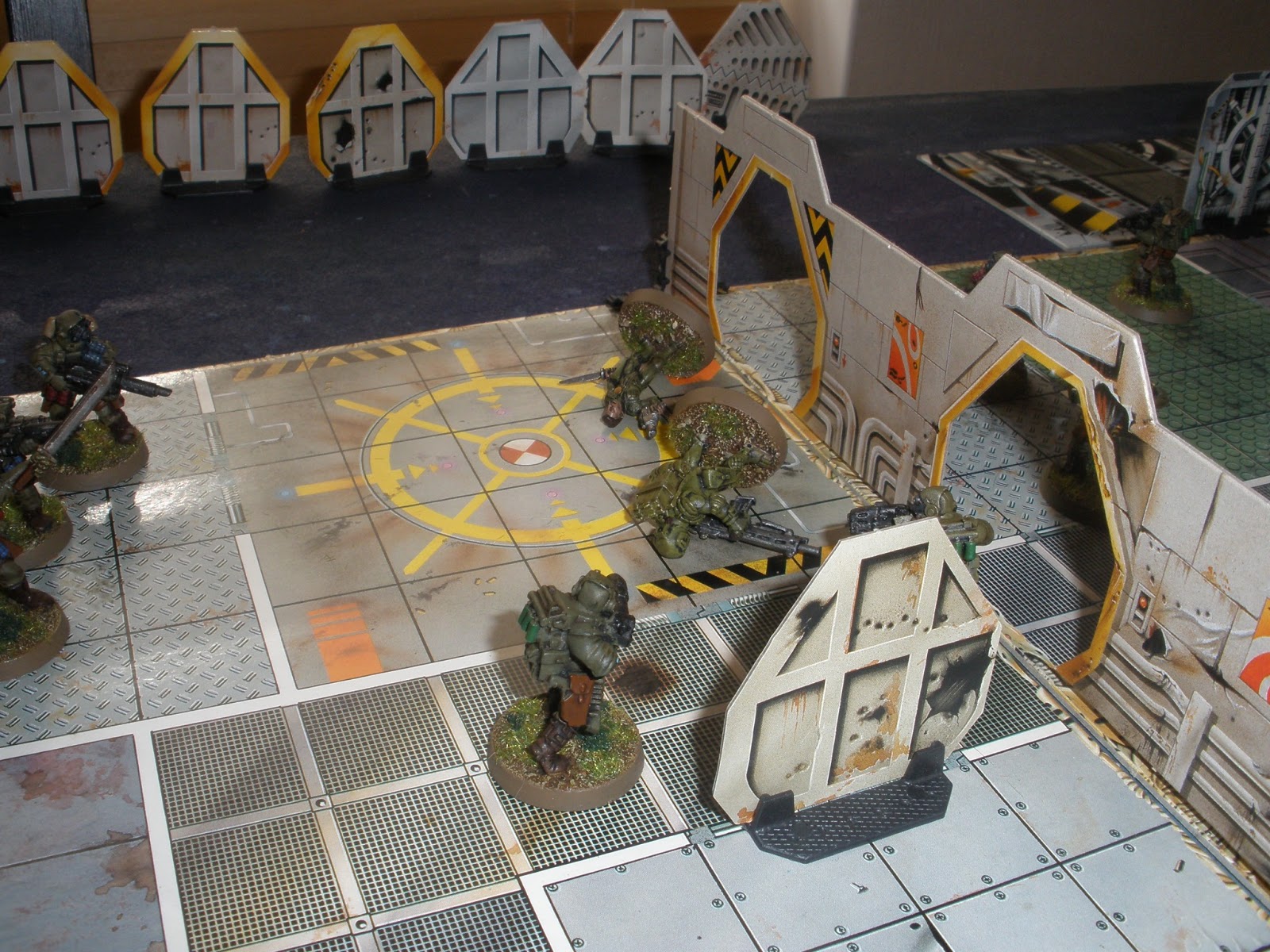 The response kills Porkins and the last new guy. Silence returns to the Advantageous. 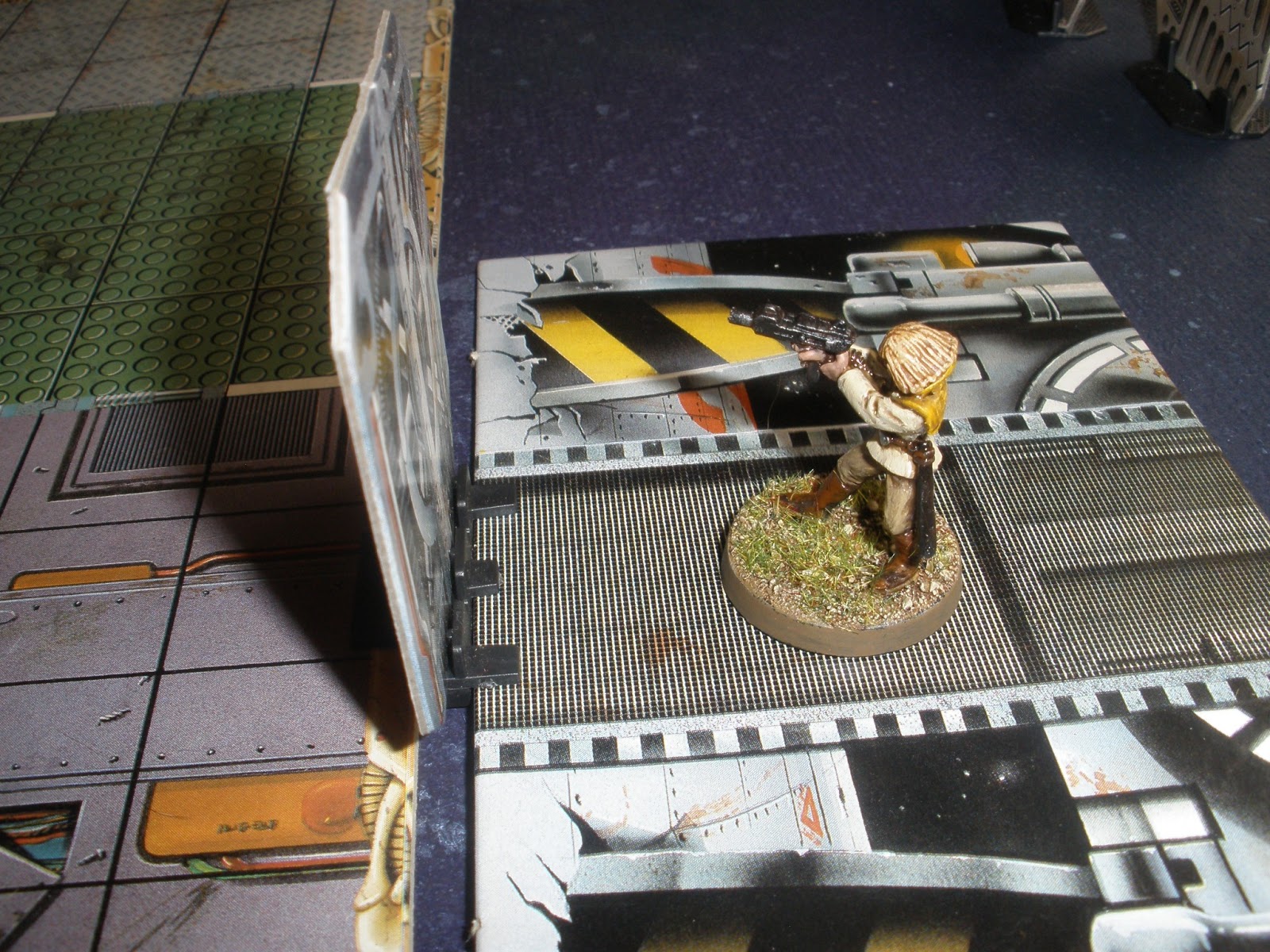 Hours later, a System Shuttle docks with the HPS rescue tug in response to an emergency beacon set off by Travers as he died. A lone occupant, Honey Lyter, investigates the source. (The 'Travers' player now gets to investigate his own death, very macabre). Lyter finds Travers' body, and the beacon remote. "This looks like a last stand, but these are Imperial military las wounds. What's going on?" 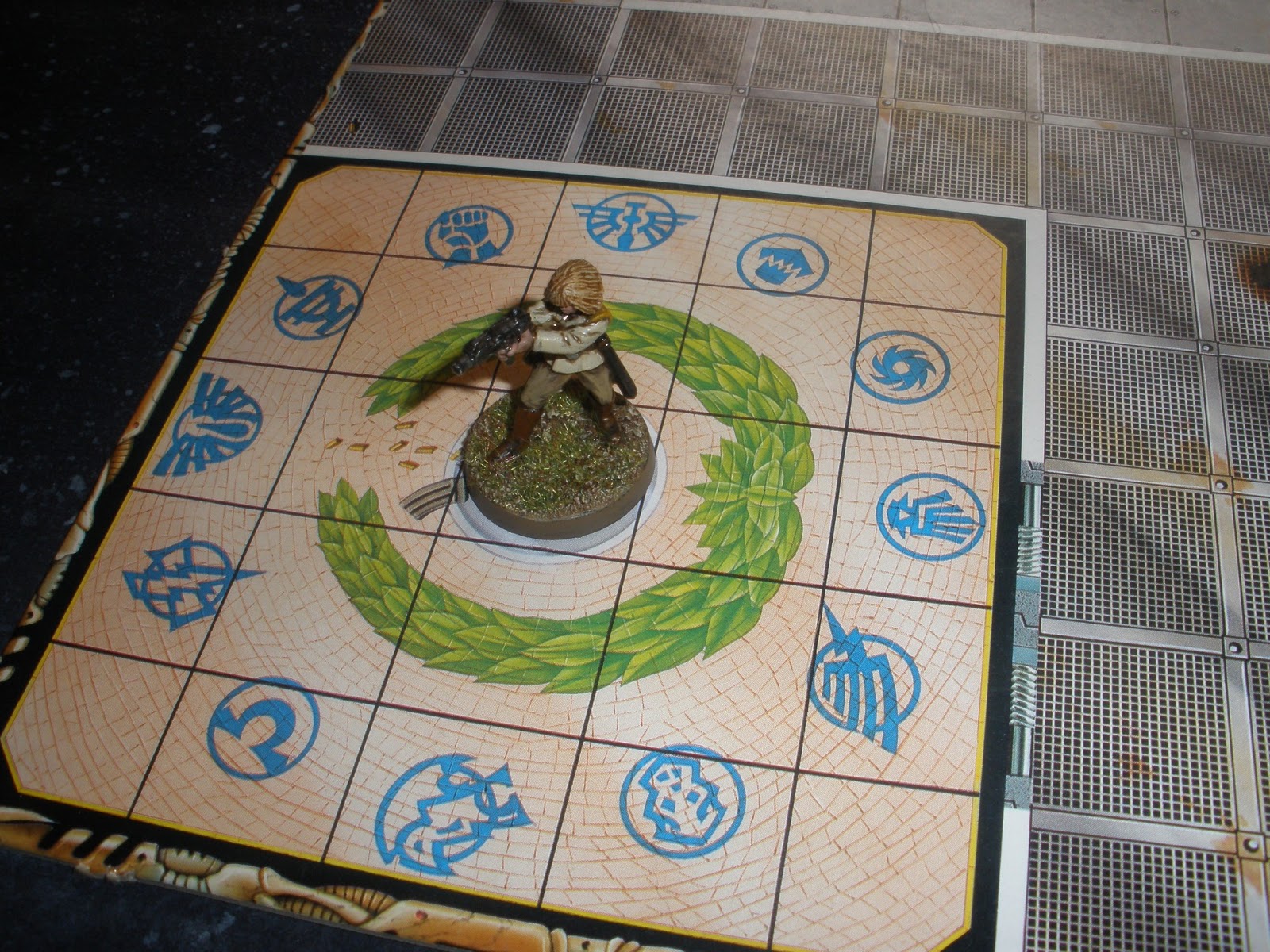 Lyter makes it to the bridge, from here she can see using the remote cameras that the ship is deserted. The tug's data records had shown it was leased by HPS from the Imperium, and licensed for this mission, but the Advantageous bridge records show this supposed 'hulk' has been sat in a state of decommission for a decade, not randomly warp jumping for centuries. Lyter goes through the remote camera logs, they are all deleted but she is able to recover some images. 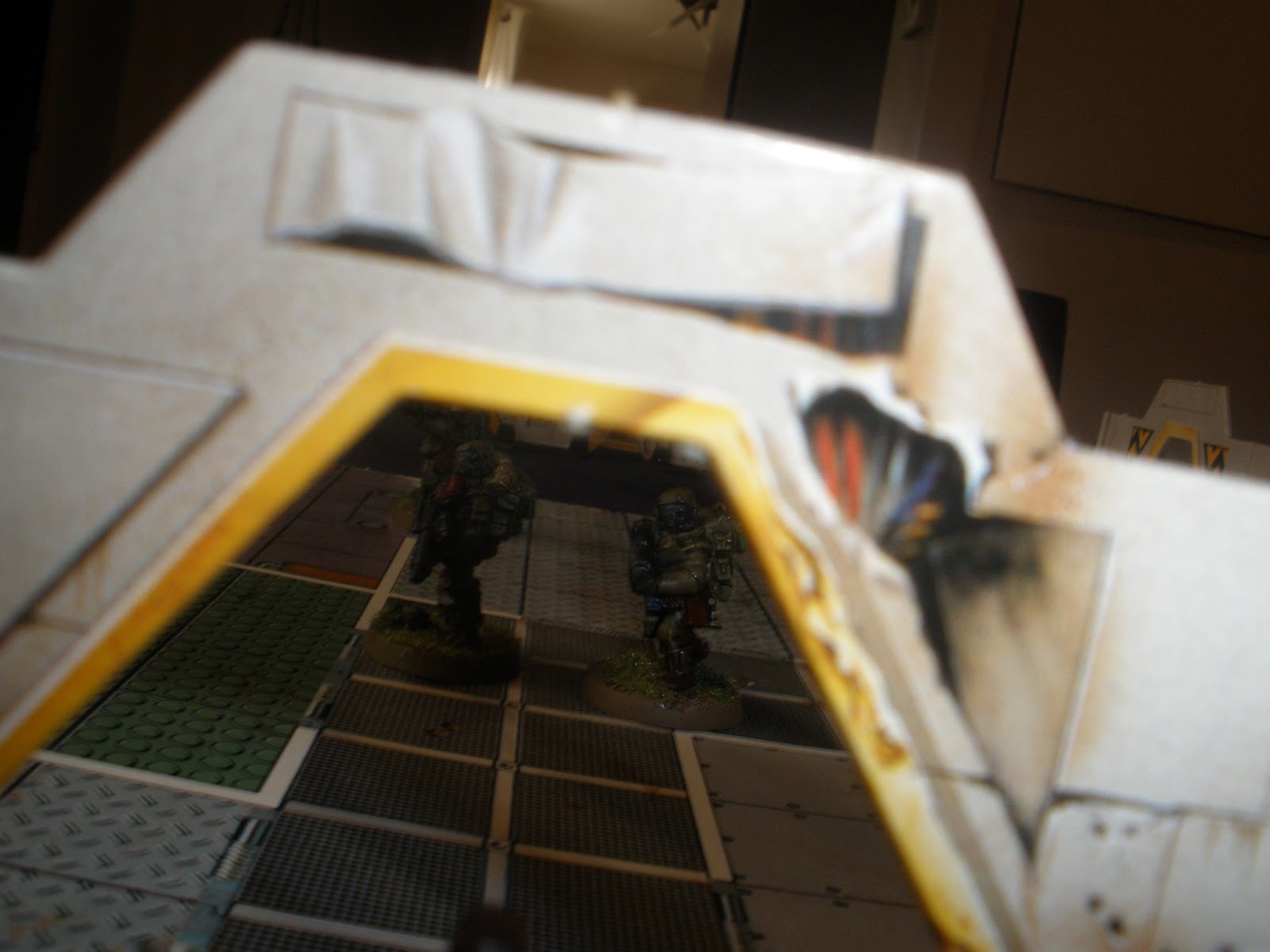 "Who the hell are those guys?" 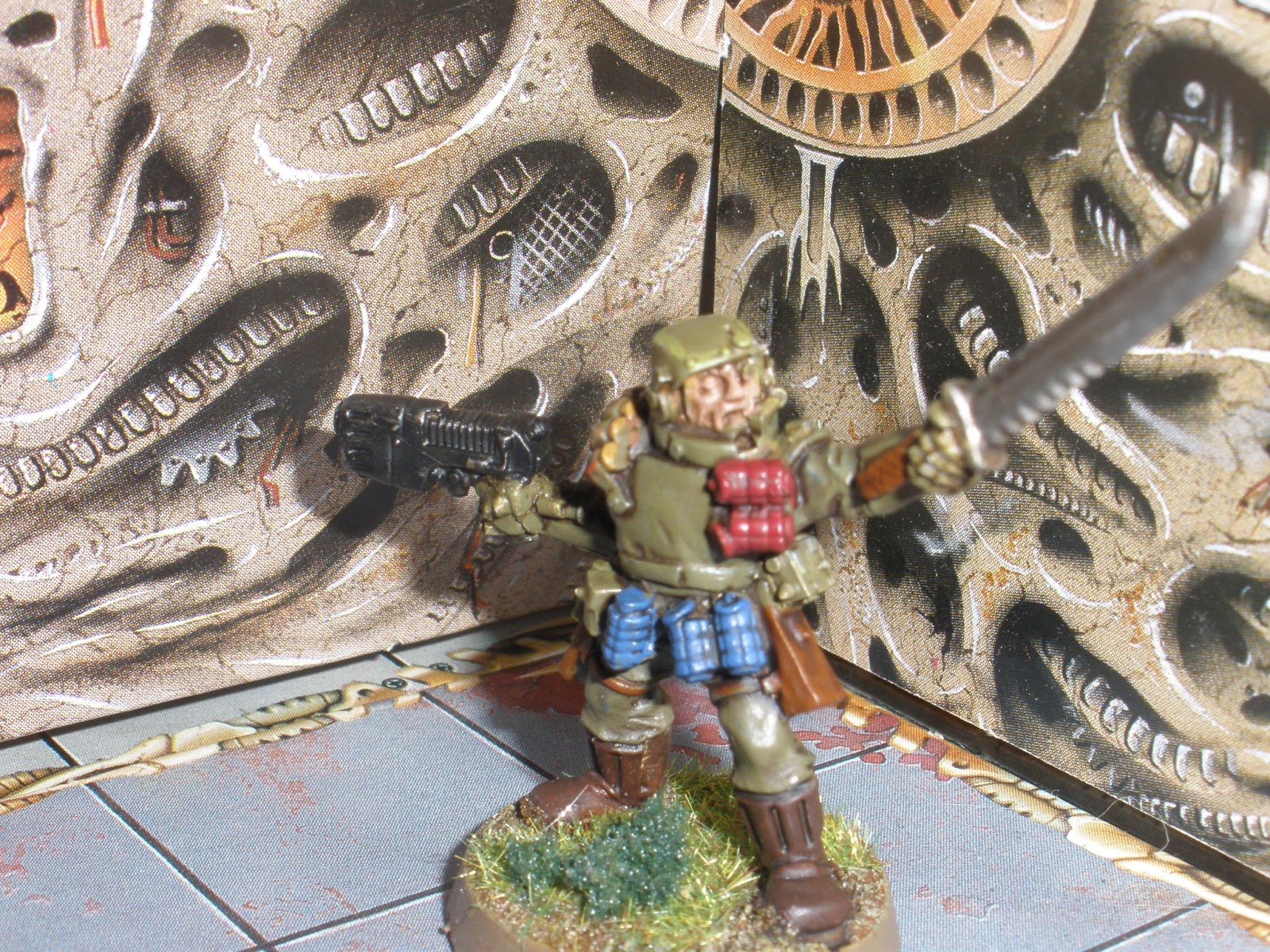 "Wait, that son of a mutie is Colonel Legault, what is that murderous, grox-lover doing here?"


With more questions than answers, Honey Lyter is left with no choice but to leave the Advantageous and continue her journey to Azure Prime. She is unsure whether to speak out or keep her mouth shut, so Travers true fate may yet be buried, for now at least. Join us next time for more Rogue Trader.

Thanks for stopping by!
Posted by Warlord Paul at 06:56