After losing heavy casualties the last thing the men of Cleggs Ham needed was an ineffectual turn, but that's what they got. We rejoin the action as Ragnir the Fated is about to strike at the survivors, and our heroes Saul, Toin, Lazarus and Fingers. 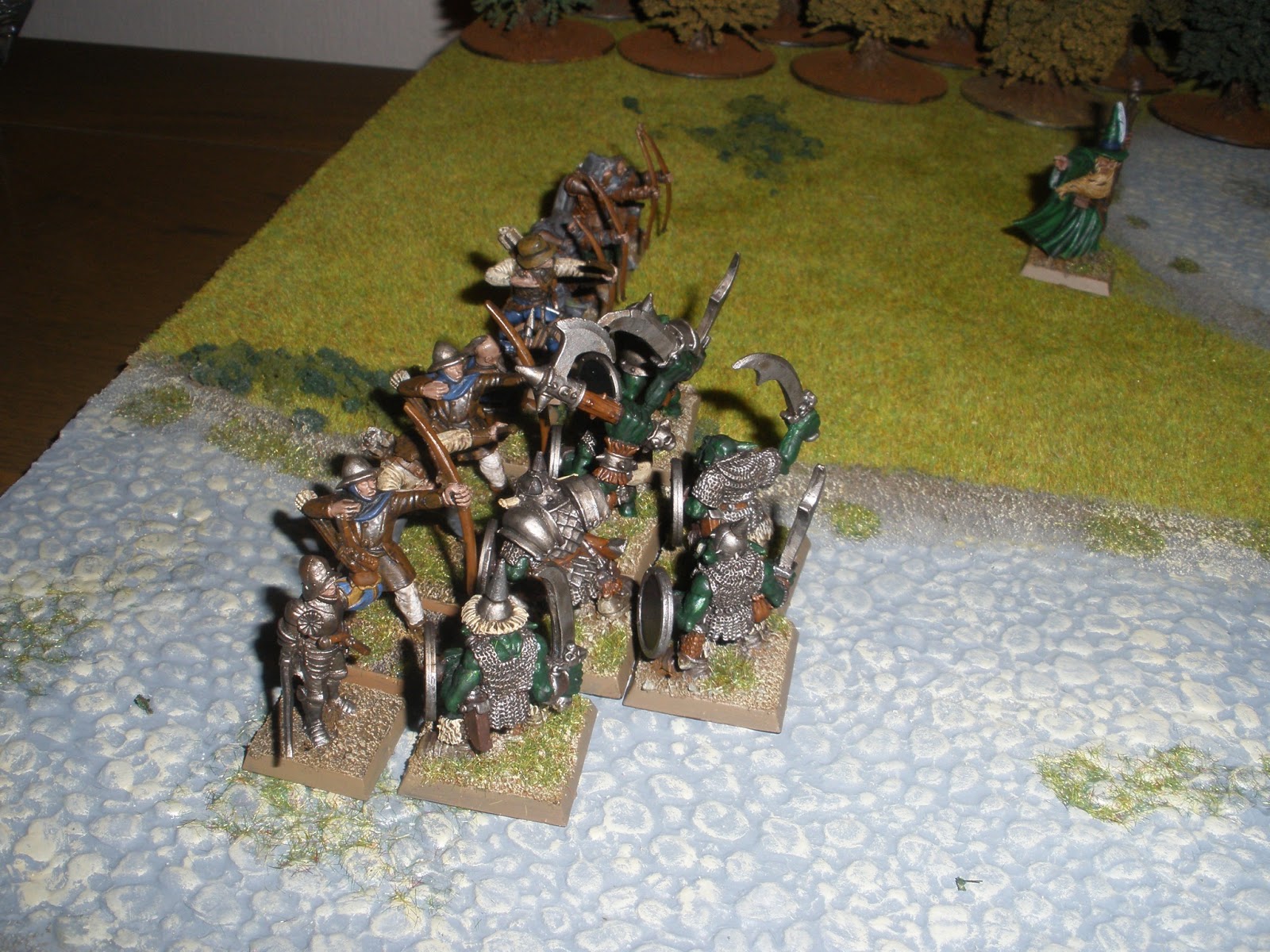 The Blackshields charge the last of the Cleggs Ham units, with the defeat of the Darksouls Lazarus Longshanks can use his Dispirit spell on the Orcs this turn. 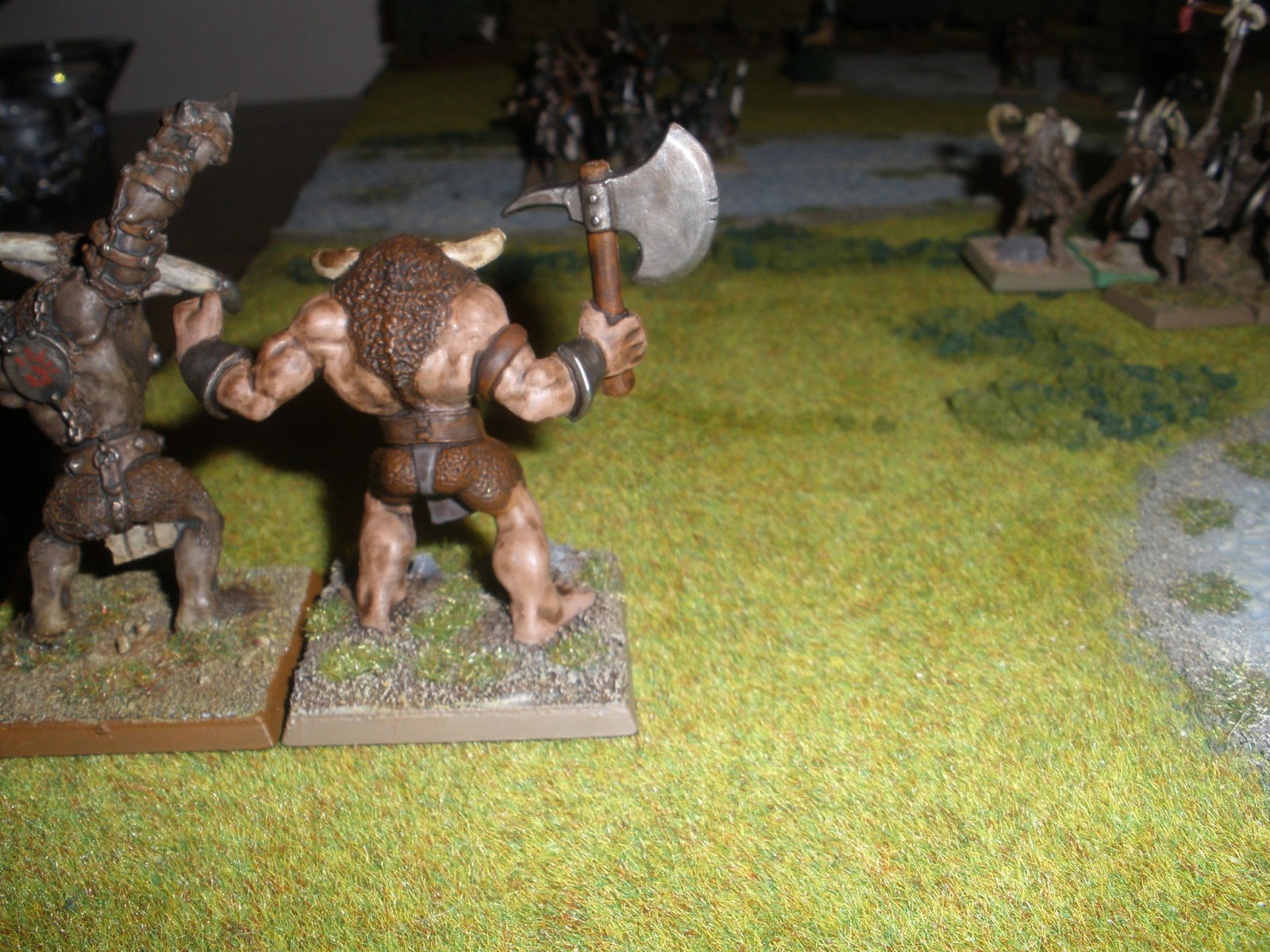 Covered in blood and gore, bellies distended from gorging on human flesh, Life-Hater and Corpse-Eater wheel towards the unfortunate 2nd Militia. 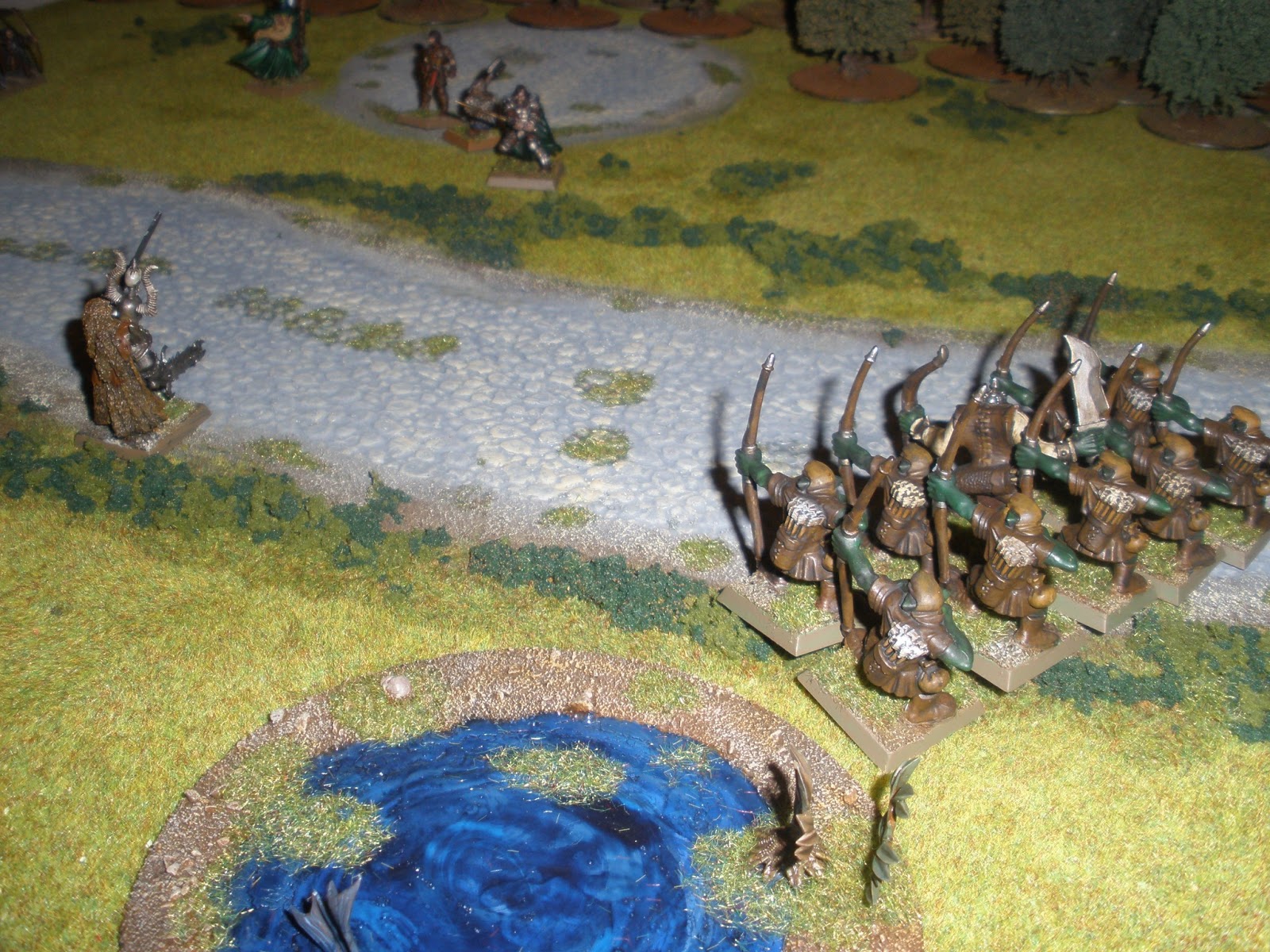 Grunk gets his lads moving around the well with a string of sharp, clipped drill orders. With the loss of the Darksouls the Hunters now constitute Ragnir's right flank. 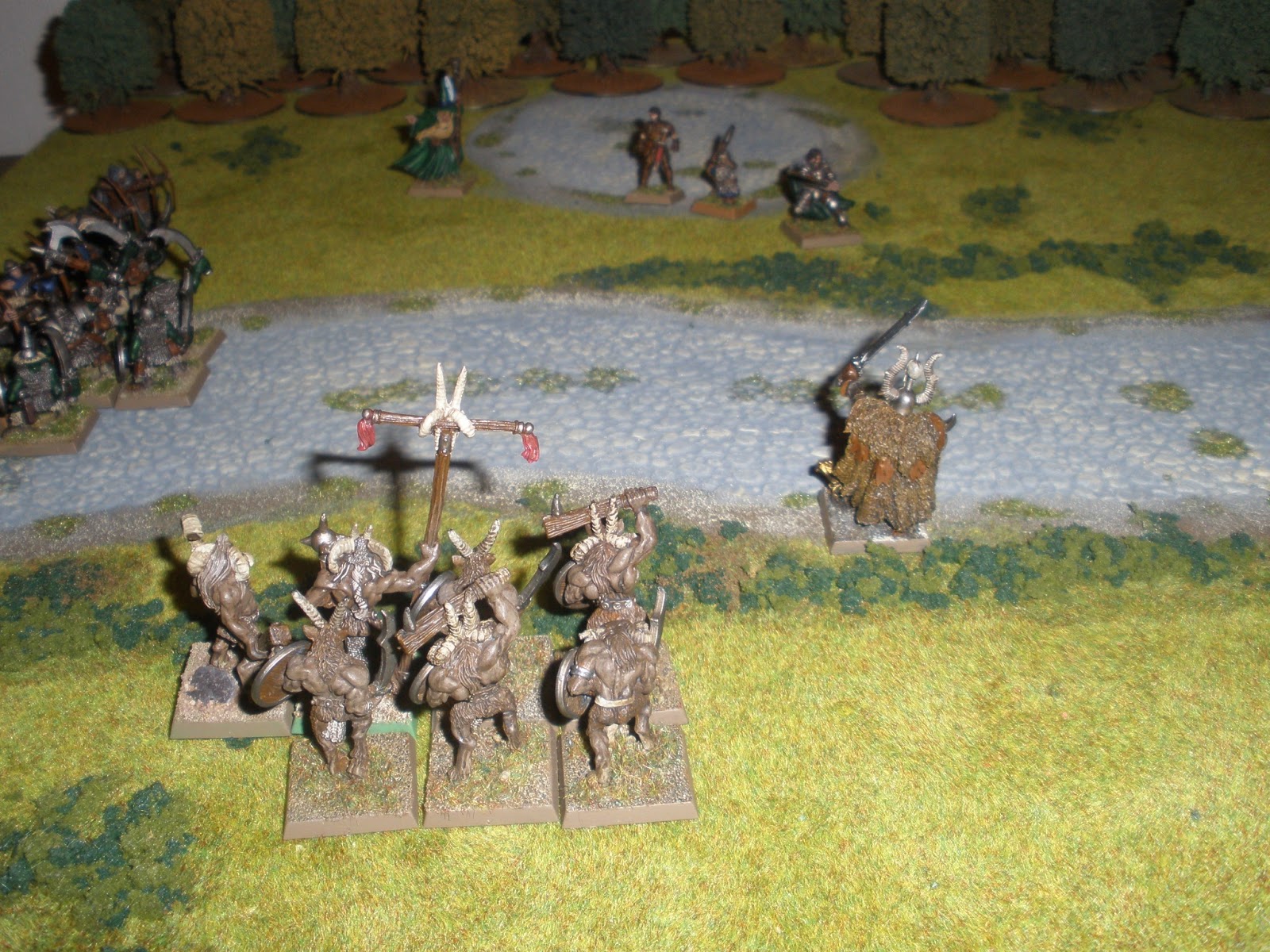 Flushed with victory the Red Hand wheel away from the 2nd Militia at the last moment and position themselves to take on the adventurers. 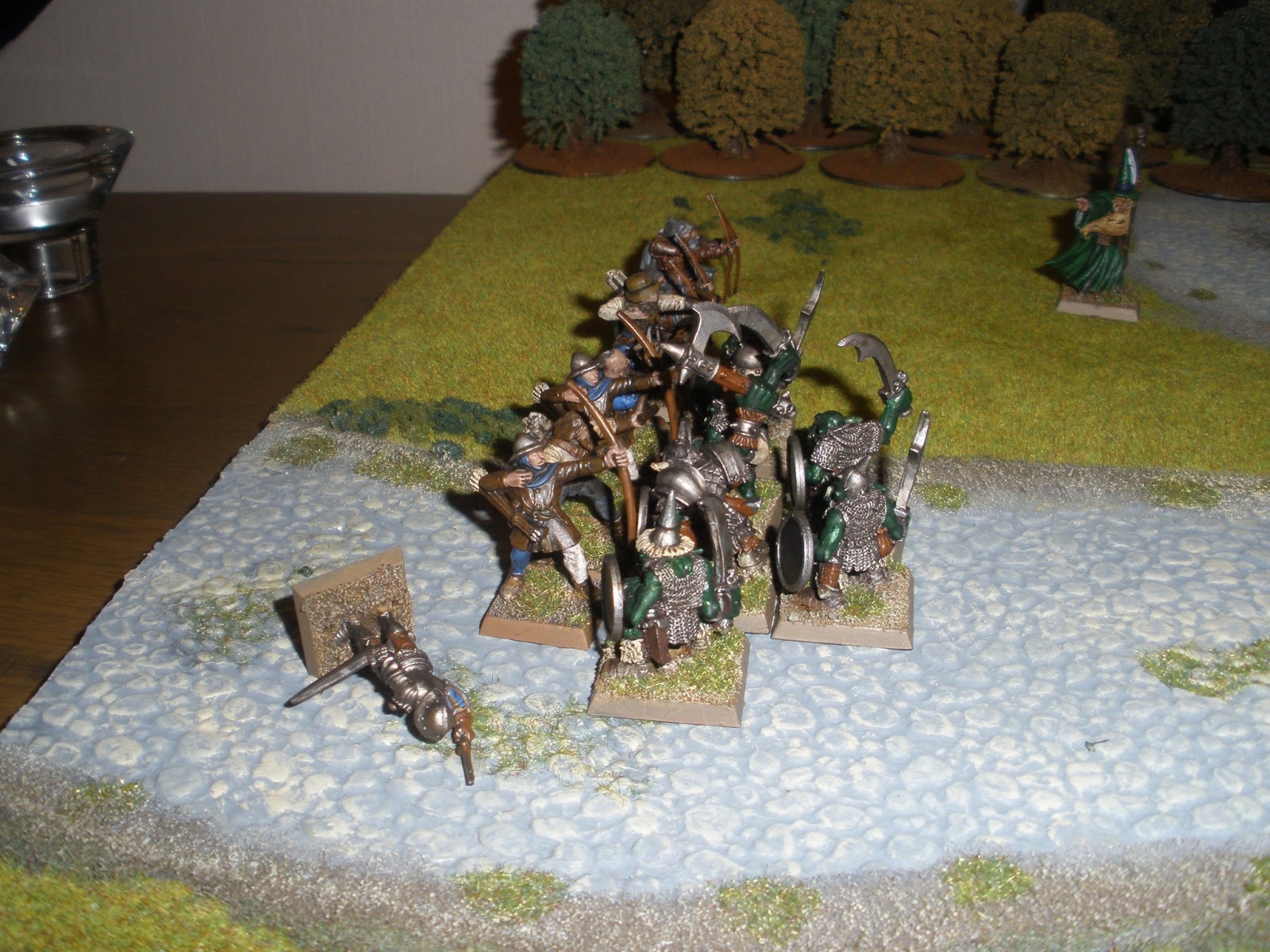 The men of the 2nd Militia fight bravely and only lose one of their number, but they are unable to kill any of Bork's Orcs in reply. 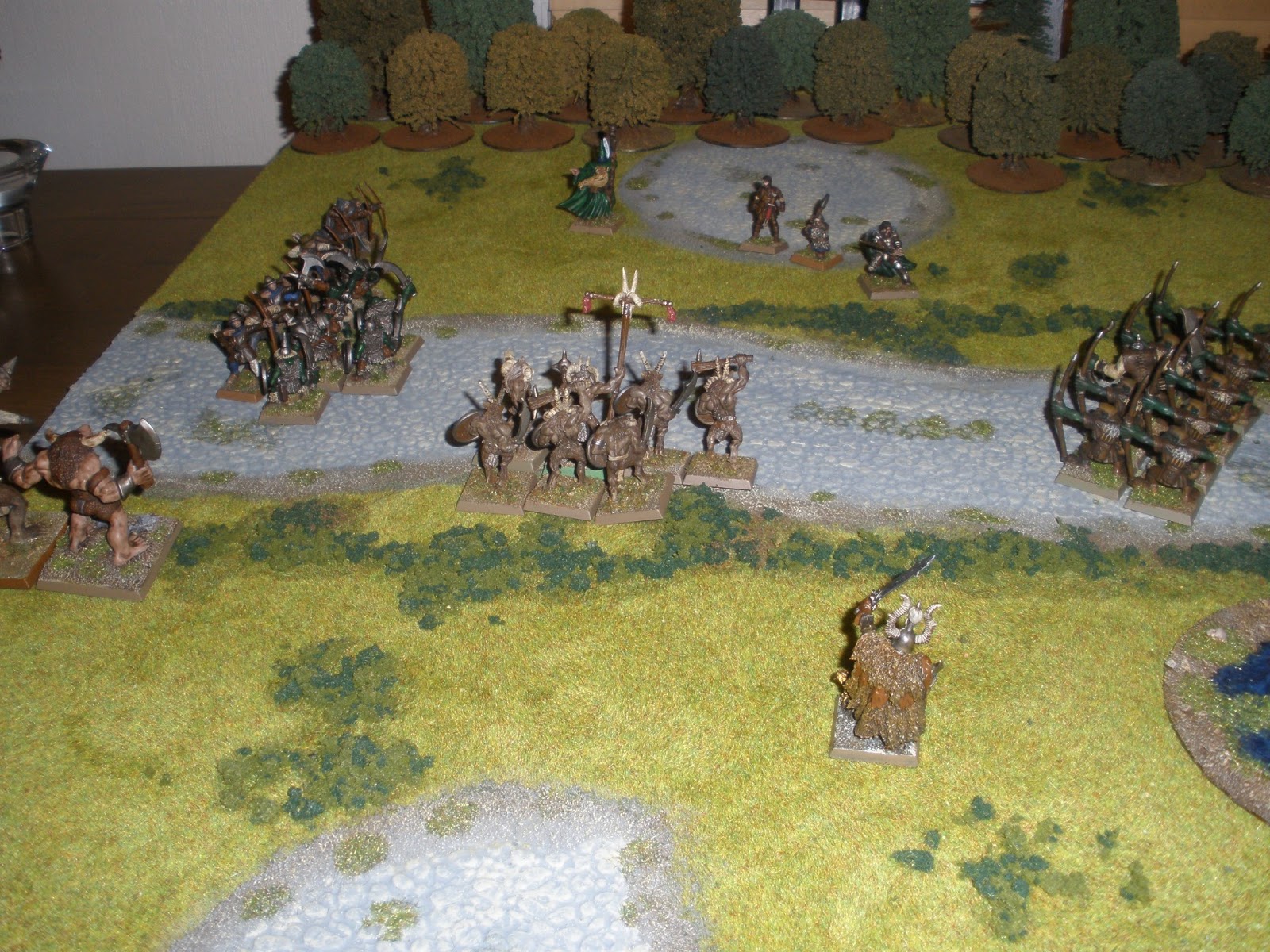 The 2nd Militia are holding the Orcs but their flank is threatened by the roaring Minotaurs. Help from the beleaguered heroes cannot be expected as they face two regiments of Ragnir's bullies. 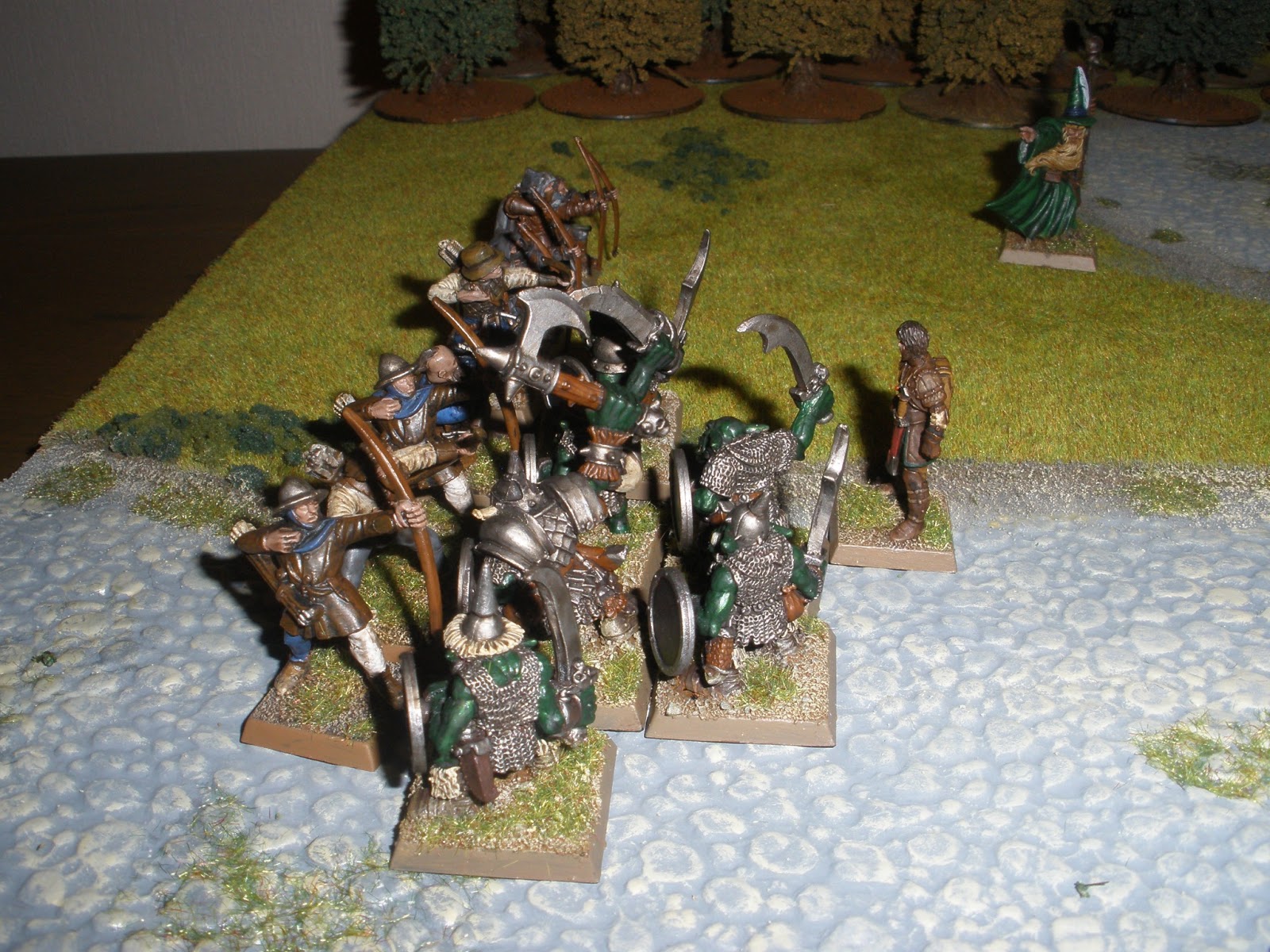 Though help does arrive! Huzzah! Fingers Wilde leaps at the Orc's with blades flying and Lazarus has cast Dispirit on the beasts. 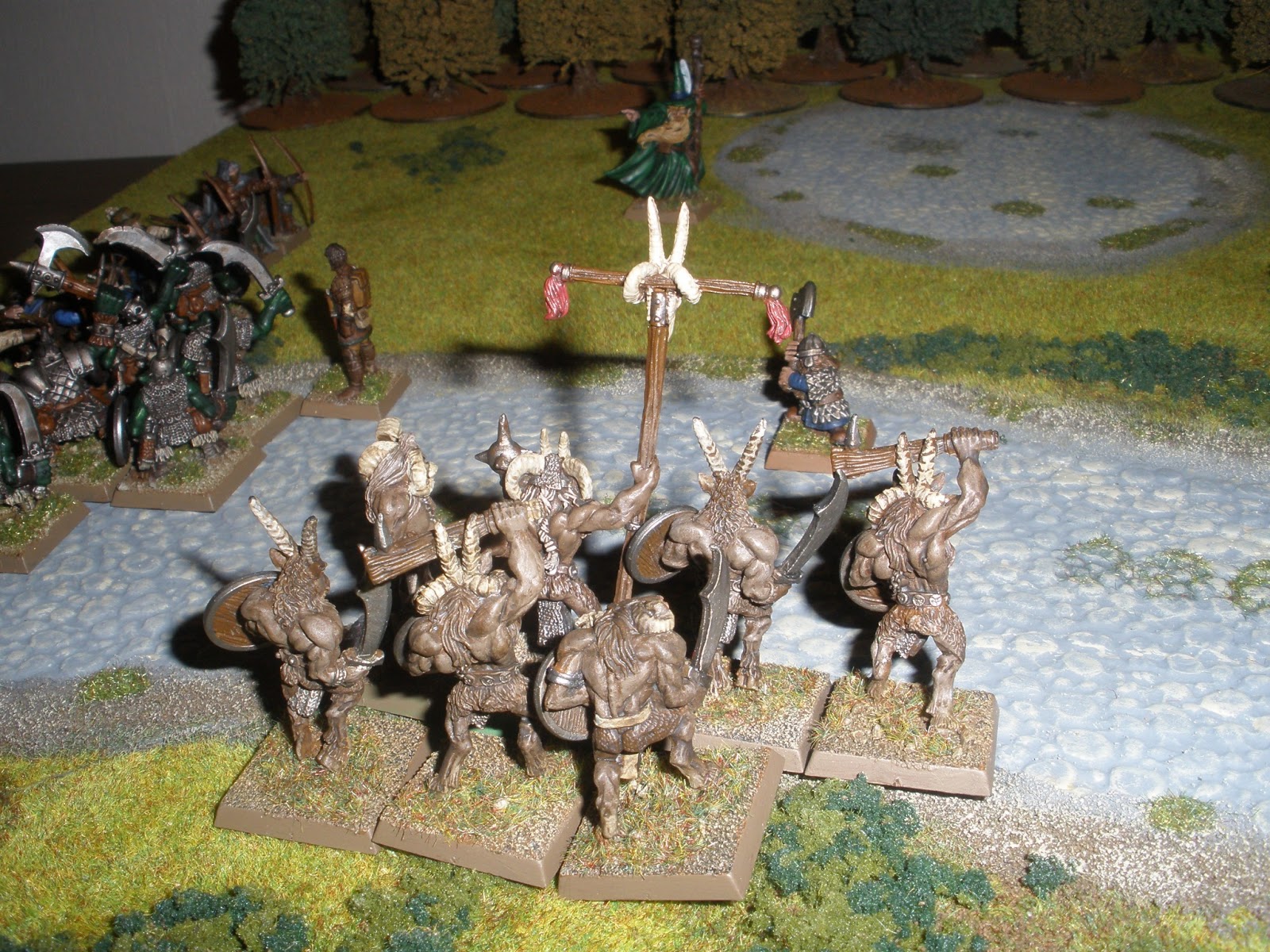 This means Toin and Saul will have to hold off two enemy units on their own, this is desperate but stirring stuff. First Toin blocks the path of the rampaging Beastmen... 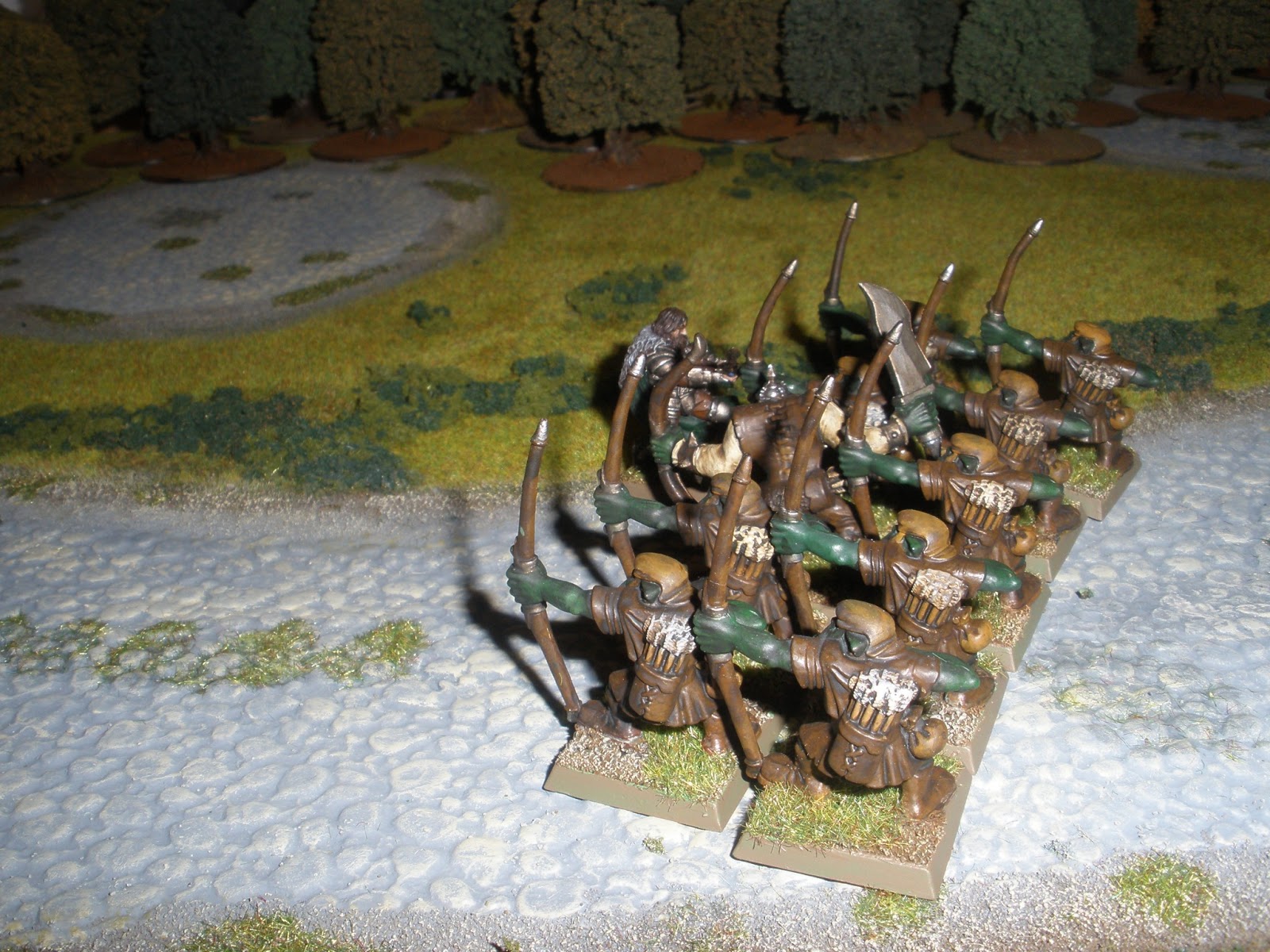 ...then Saul throws himself at Grunk's Hunters, heedless of his own safety. 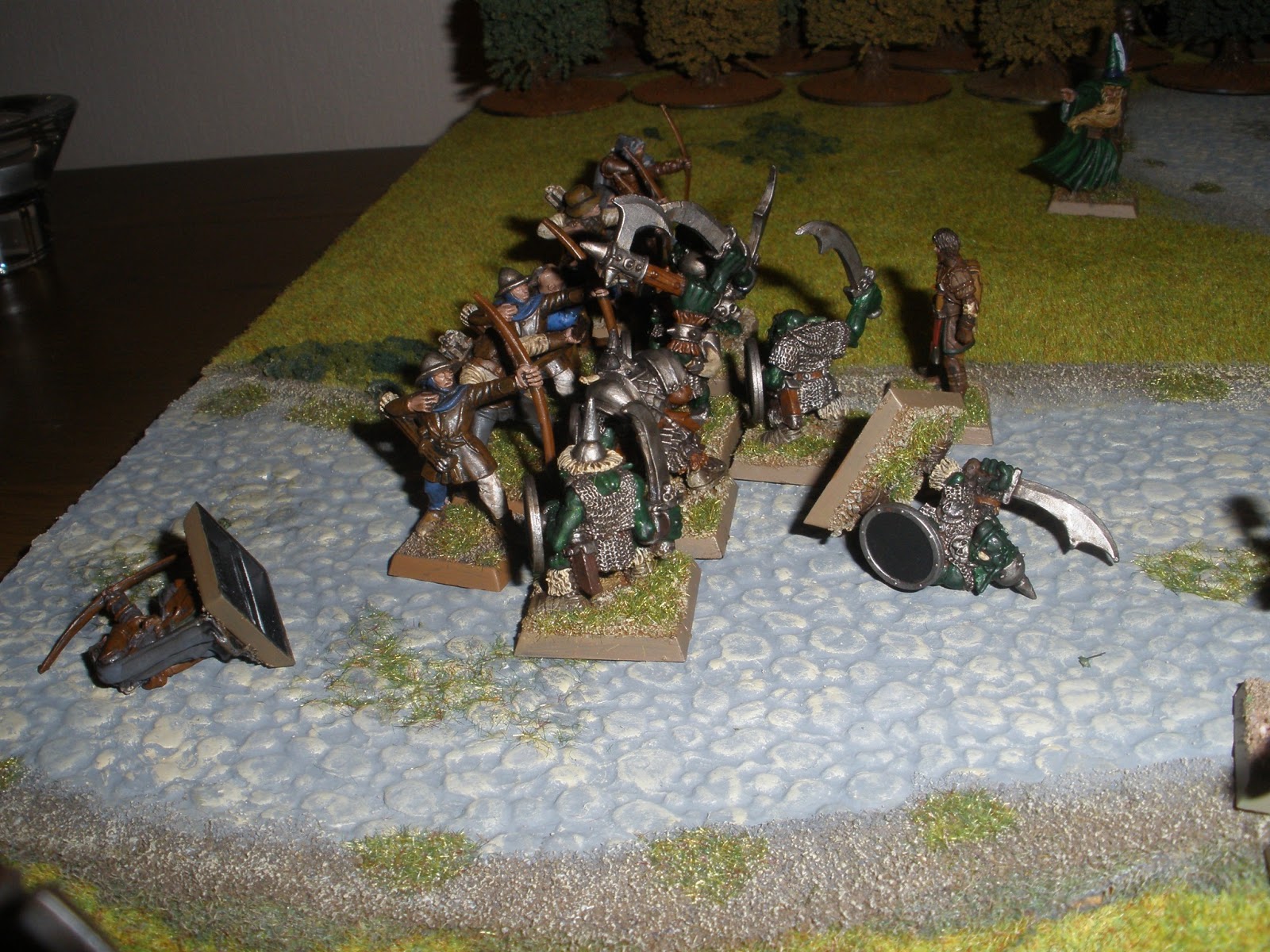 With Fingers' help combat swings in favour of the menfolk, but Bork keeps his men in the fight. Fingers glances accusingly at Lazarus who pretends to concentrate on his Dispirit spell.


Join us in Part Five for the unmissable climax to the Well of Madness!
Posted by Warlord Paul at 15:27