It's time for the thrilling third chapter of the Well of Madness. The battle-lines clash and neither side wants to give ground. 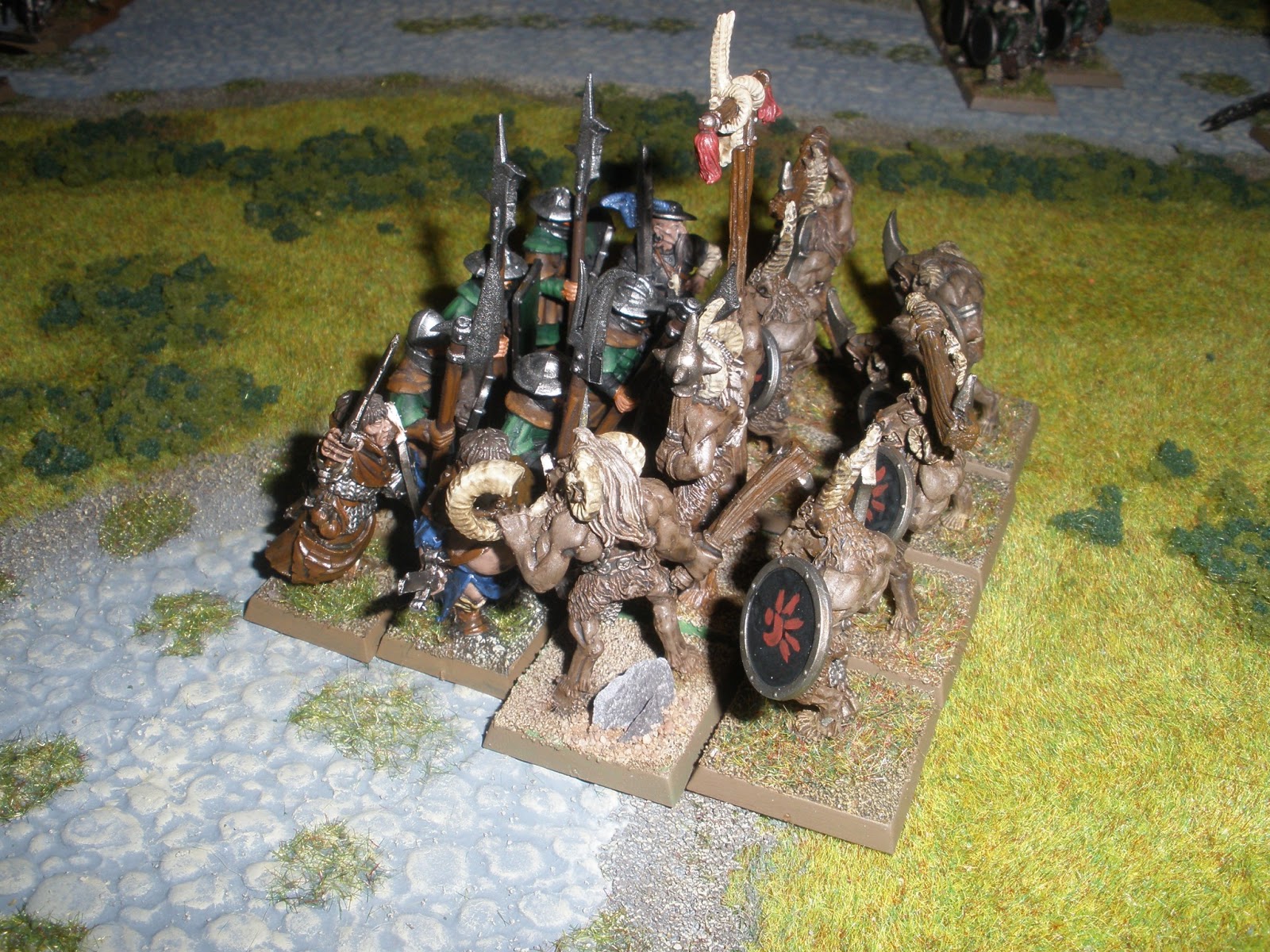 The Red Hand bray, bellow and stamp their hooves. Infuriated at the jibes of the Bretonnians they charge at them, smashing headlong into the mercenaries ranks cutting and butting as they go. 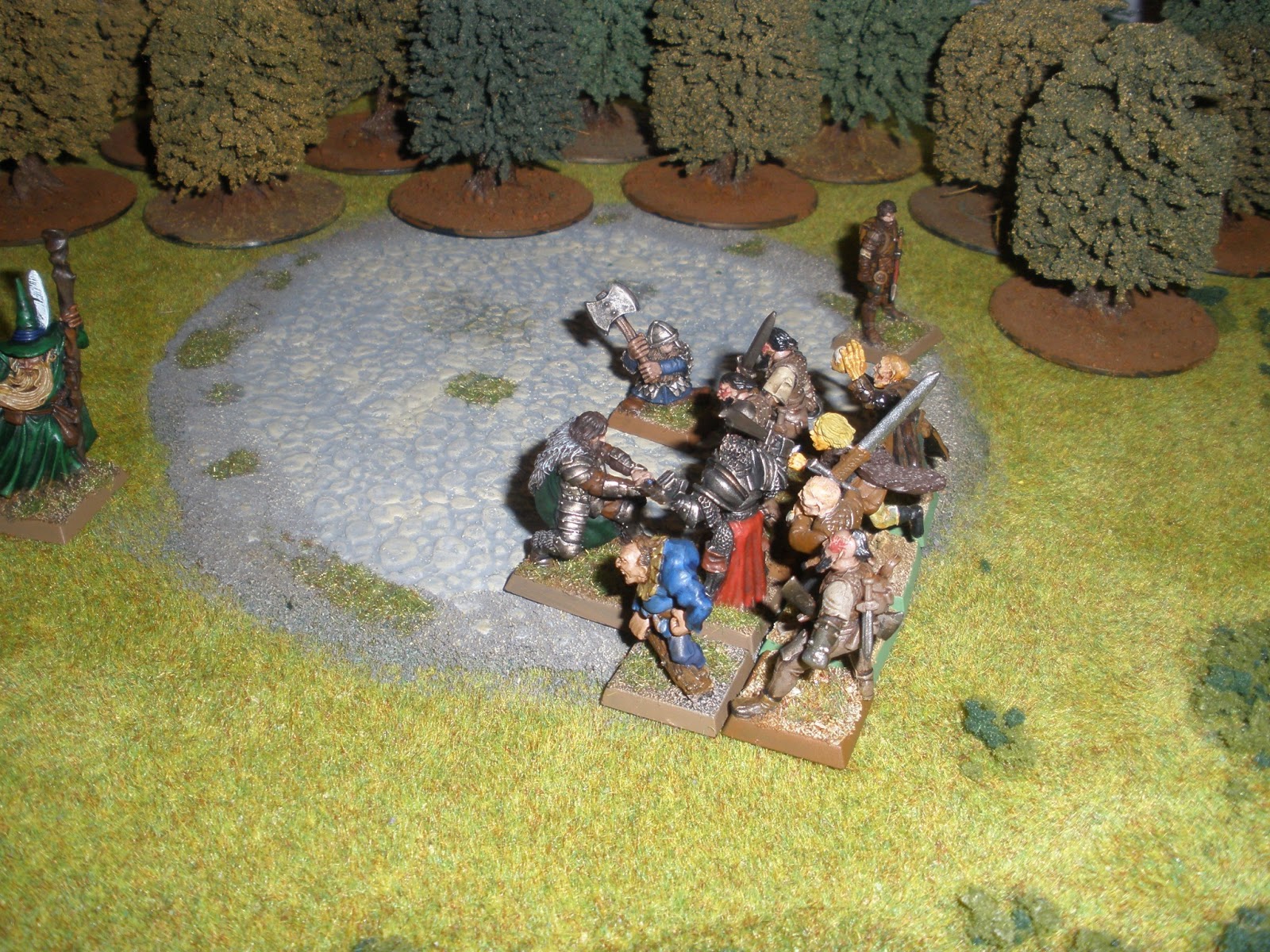 On the other flank the treacherous Darksouls manage to charge Saul Feyblade without contacting Toin or Fingers. 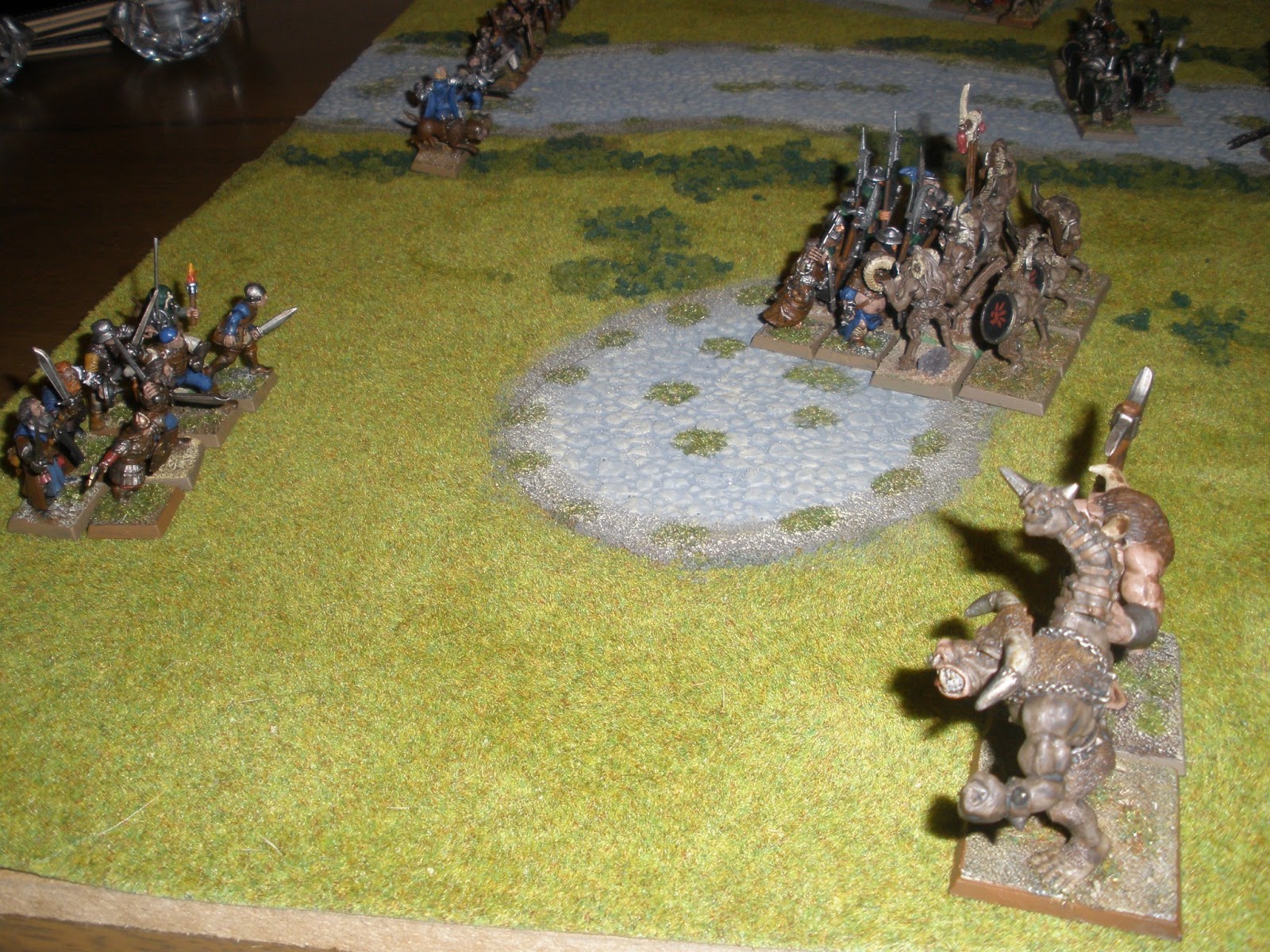 Corpse-Eater and Life-Hater get within range of the 1st Militia, they bellow their bloodlust at the doomed menfolk as their tongues loll and foam flecks their lips and chins. 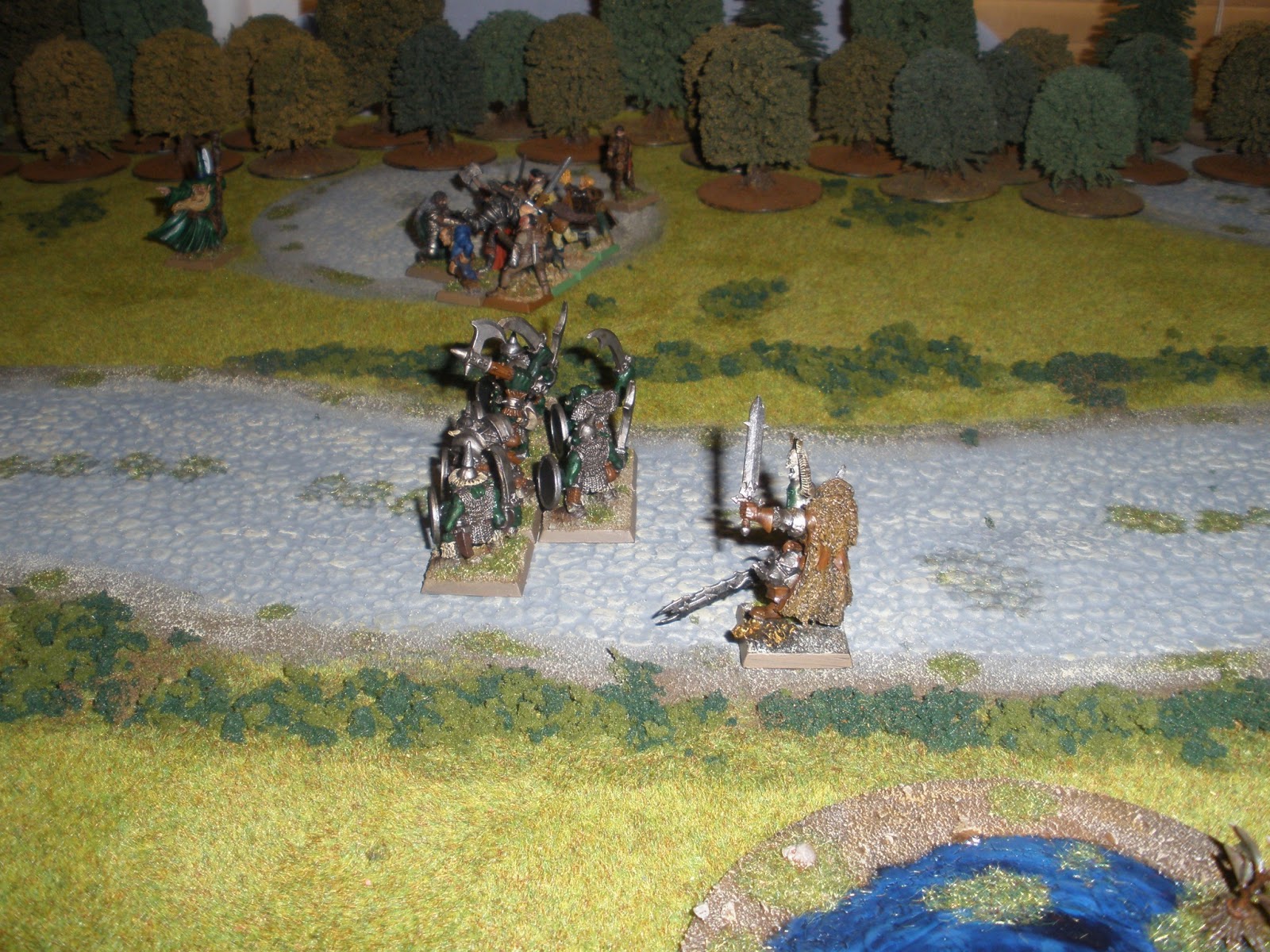 Ragnir and Bork's Blackshields continue to advance up the road, straight at the 2nd Militia. 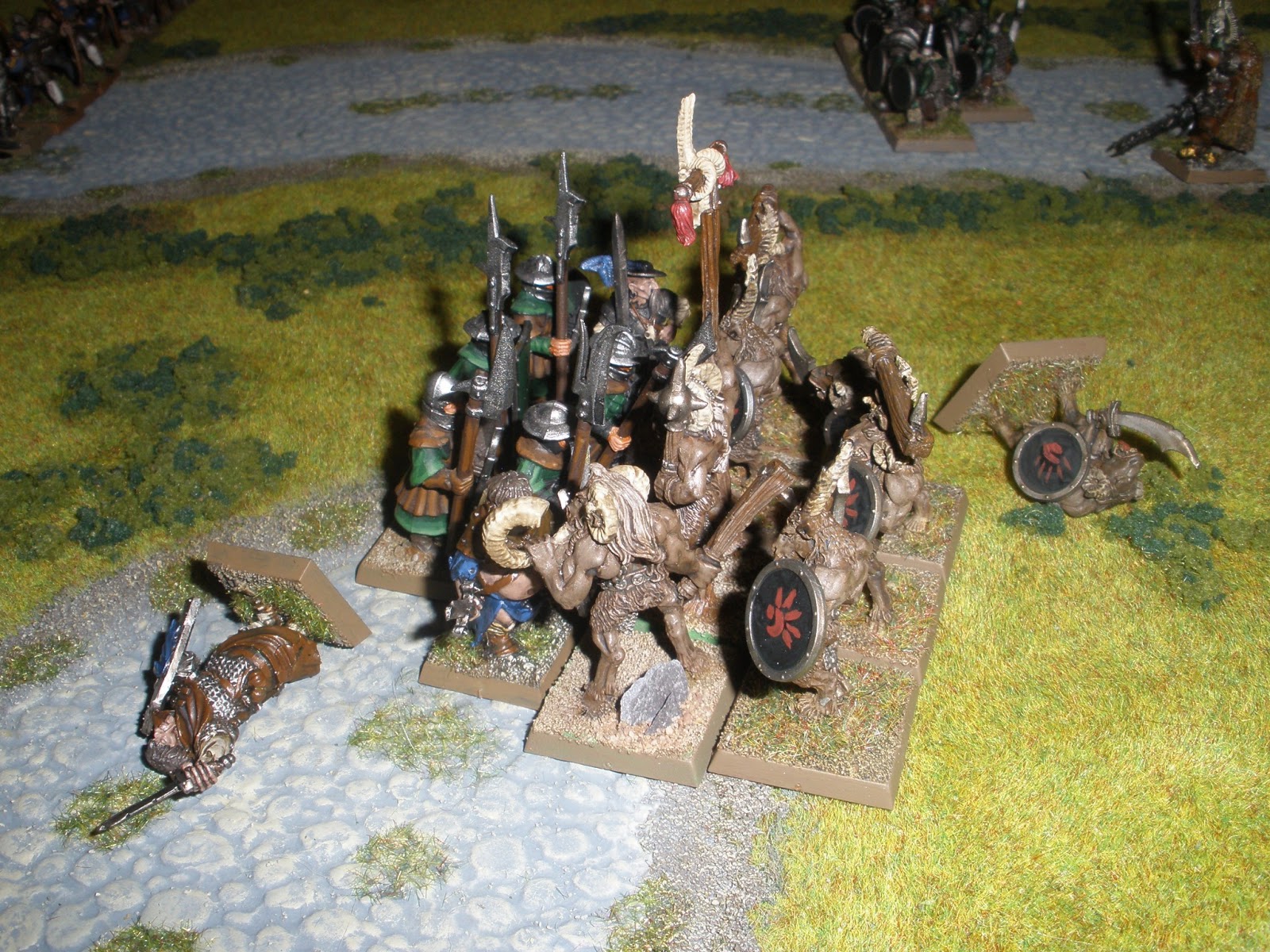 At first it seems as though casualties are going to be light on both sides despite all the noise and effort... 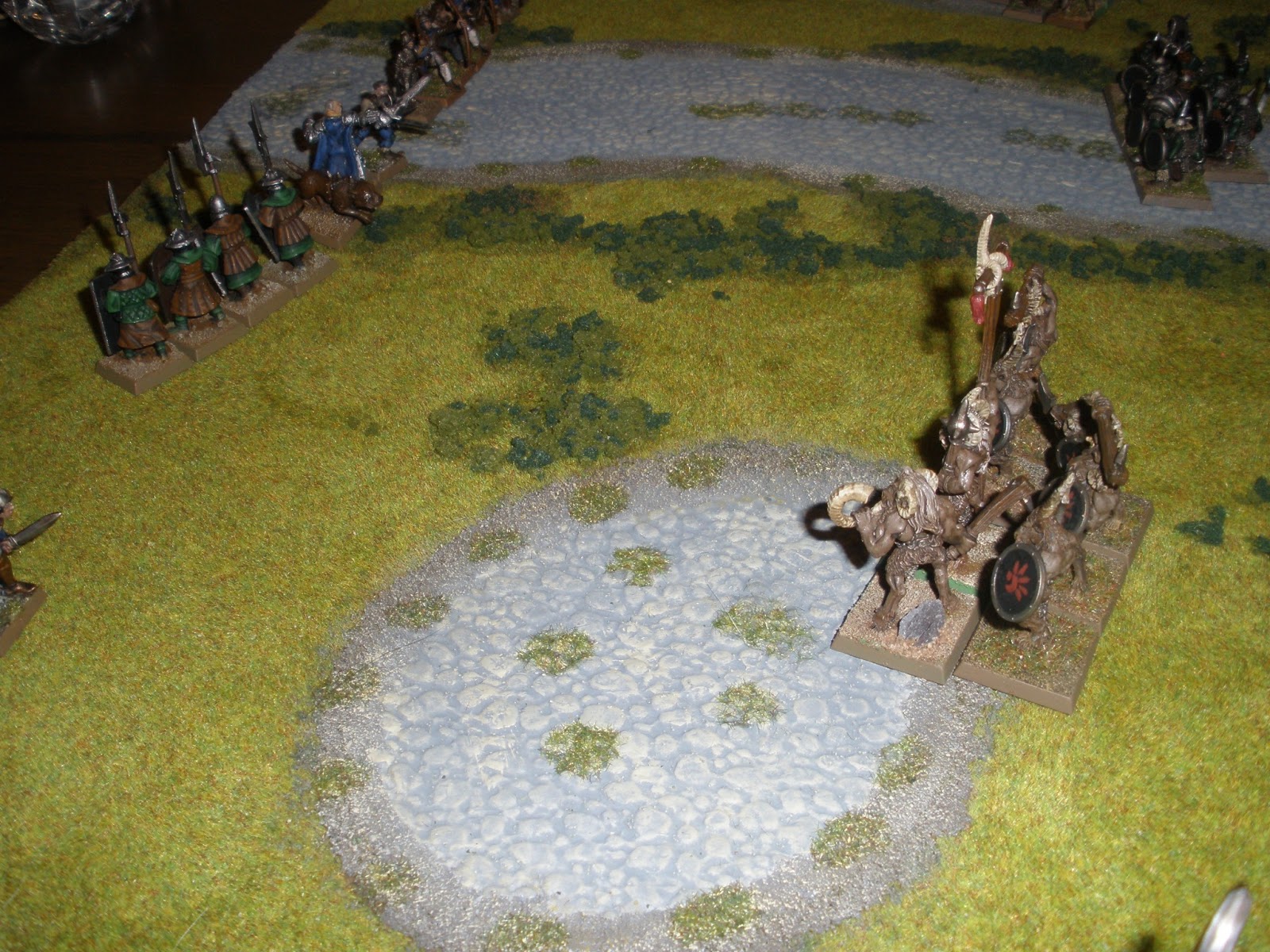 ...but the cowardly mercenaries prove to be all talk as they make a panicked dash for safety! Several of the Bretonnians are hacked down during the rout, though the Beastmen uncharacteristically restrain from pursuit and maintain their formation with iron discipline. 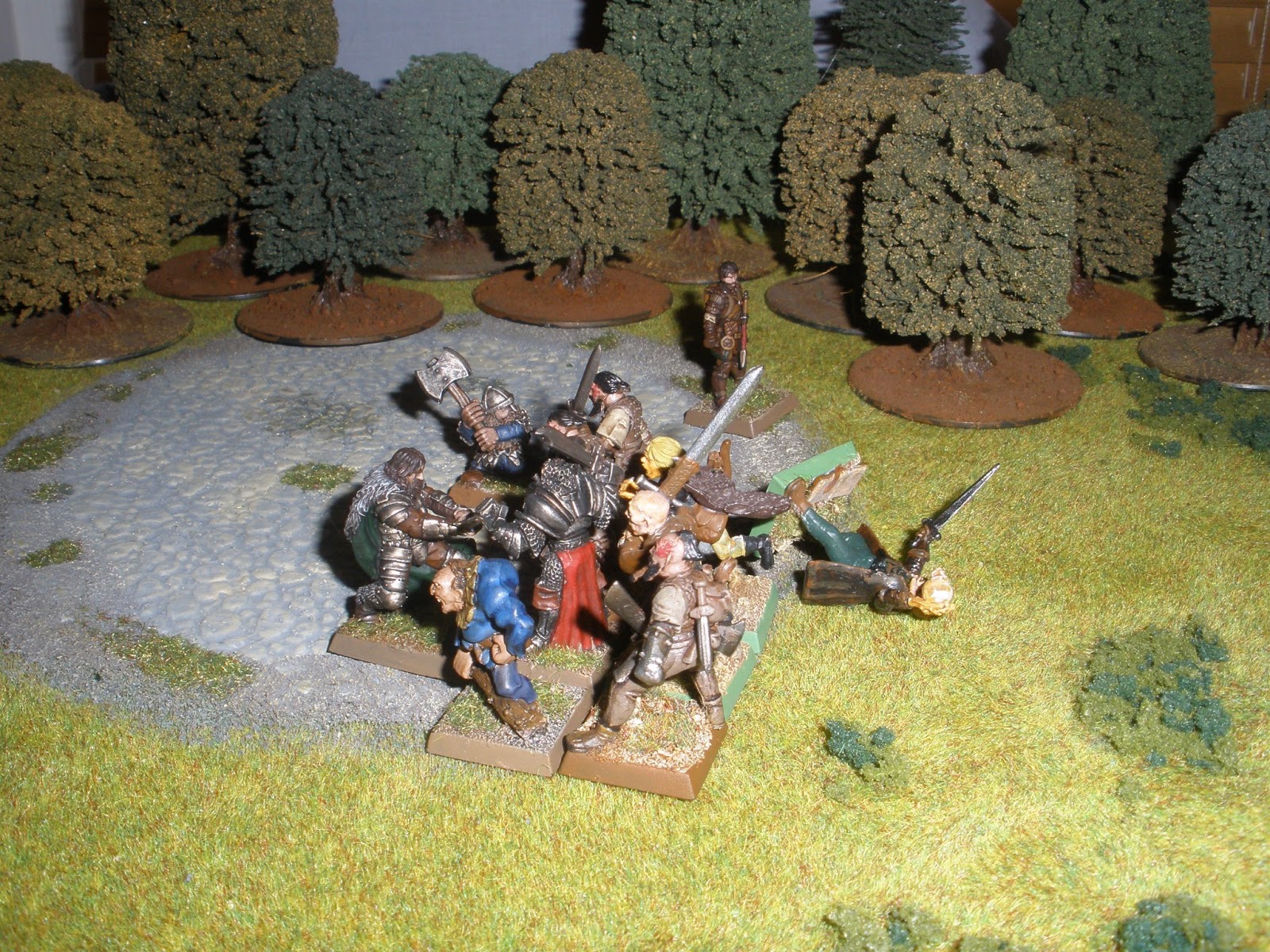 The Darksouls threaten to swamp Saul but he manages to turn aside their blows and bring down one of the apostates with a backhand swing. 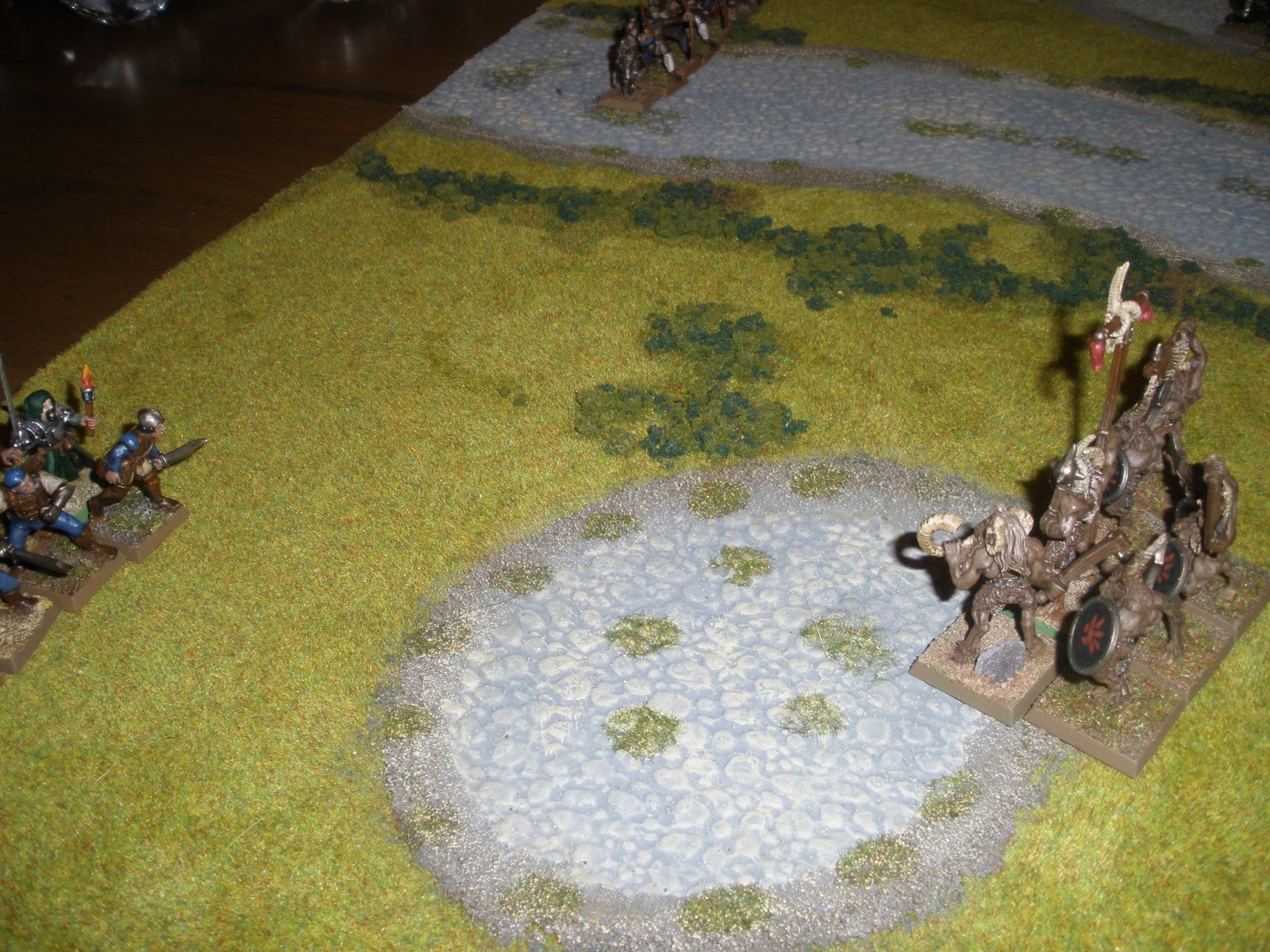 Disaster! Though able to withstand the deaths of their comrades under the arrows of Grunk's Hunters Mayor Cleggson and his bodyguard get swept along with the routing Bretonnians and both units leave the field of battle. Things look grim for Cleggs Ham. 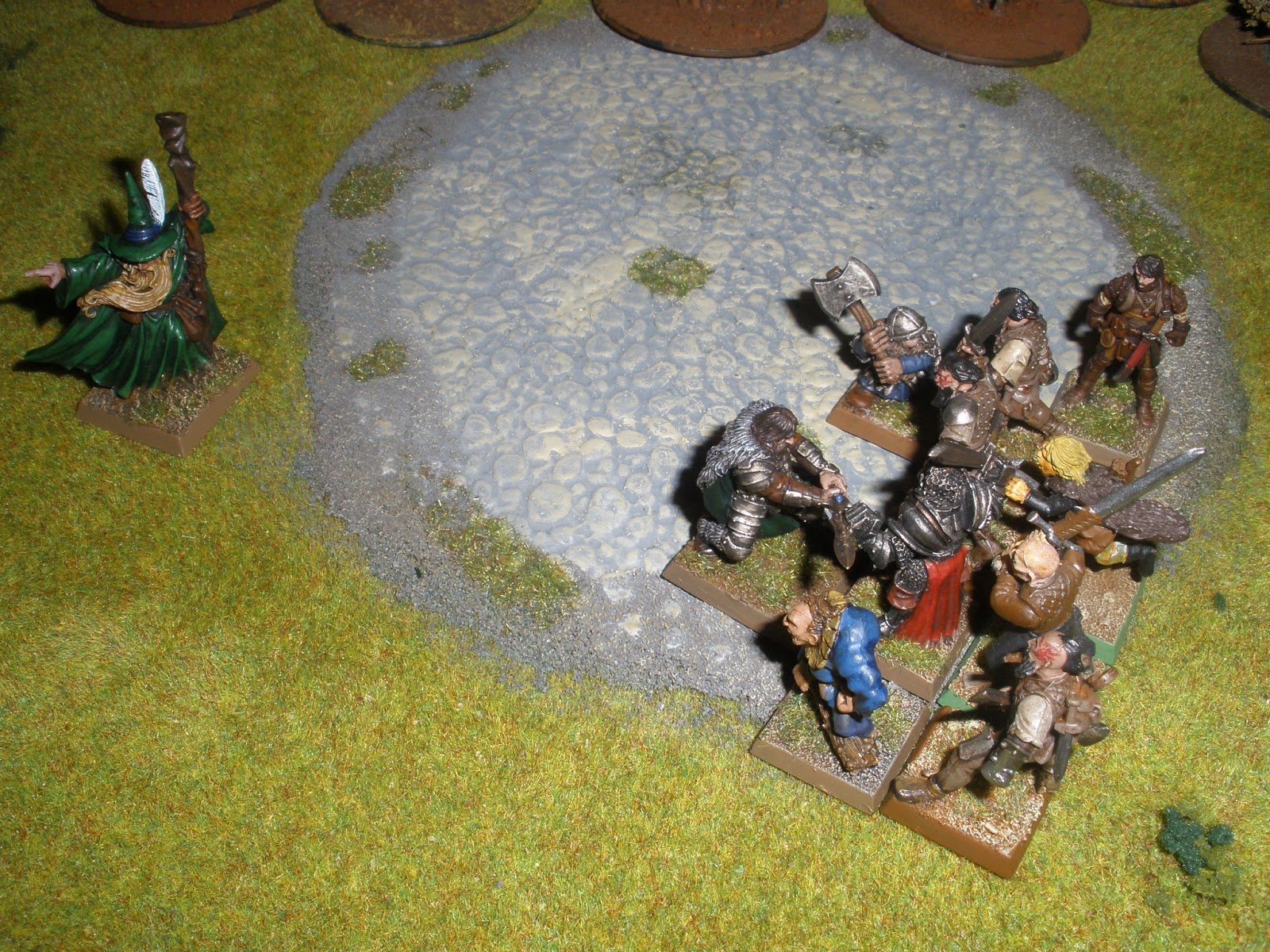 Fingers and Toin charge to Saul's aid as Lazurus maintains a Dispirit spell on the Darksouls. 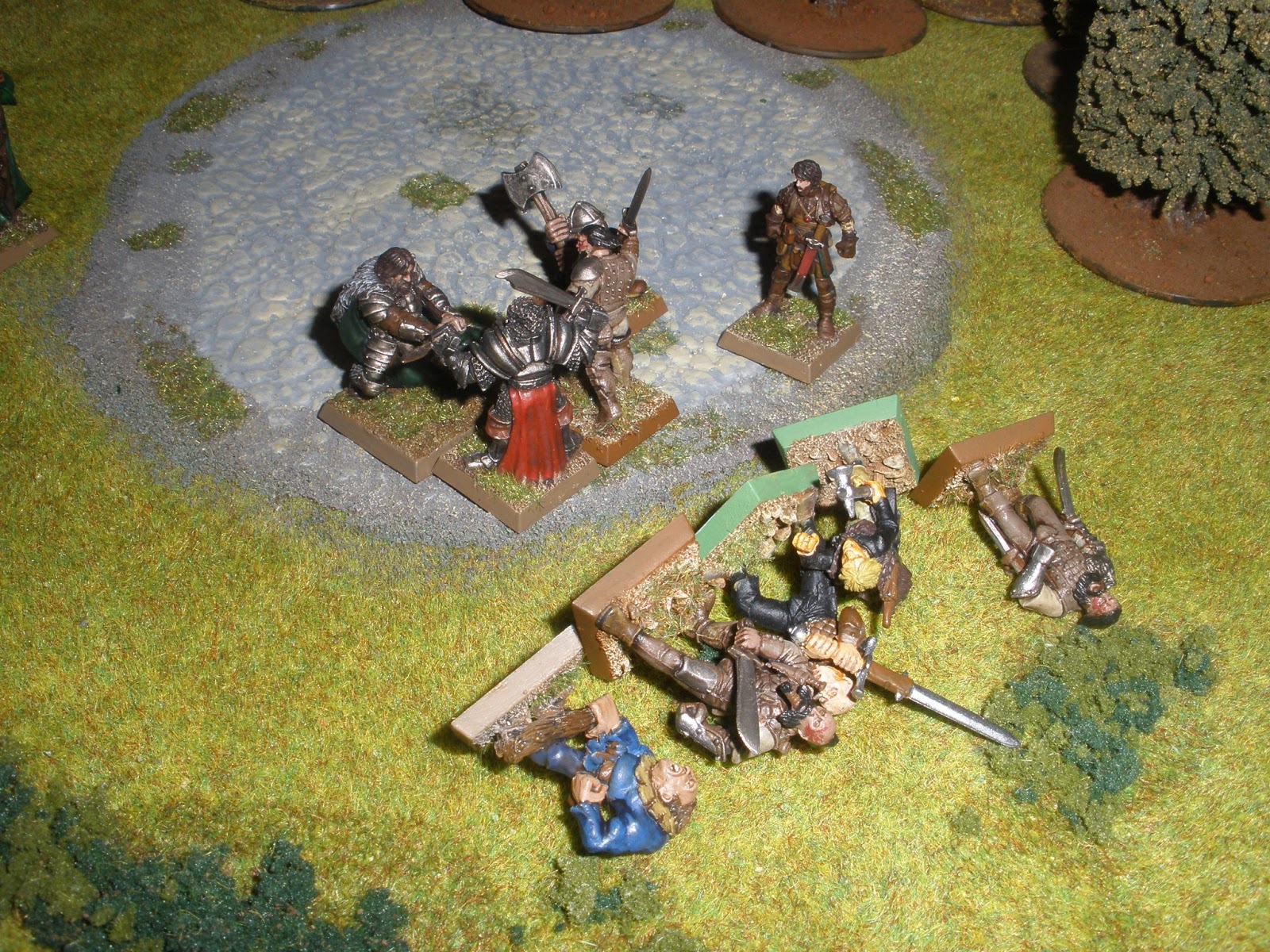 With the shooting of the 2nd Militia hopelessly ineffectual it's up to the adventurers to turn the tide, and they begin by slaughtering four of the traitors for no reply! 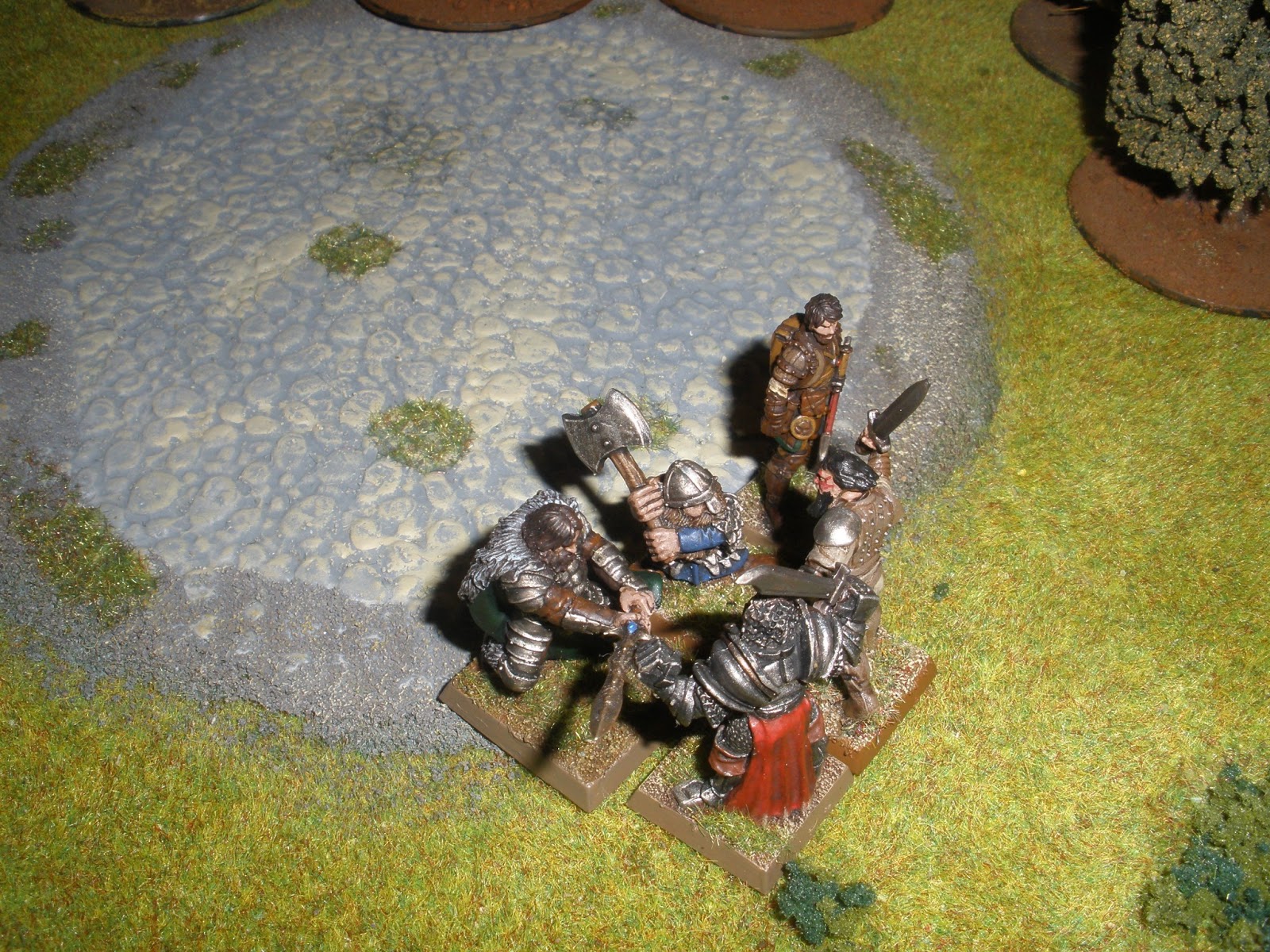 Though unfortunately the two remaining Darksouls stand firm! They obviously fear Ragnir a lot more than anyone else. "Oi! Lazarus! You sure that spell's workin' mate!" 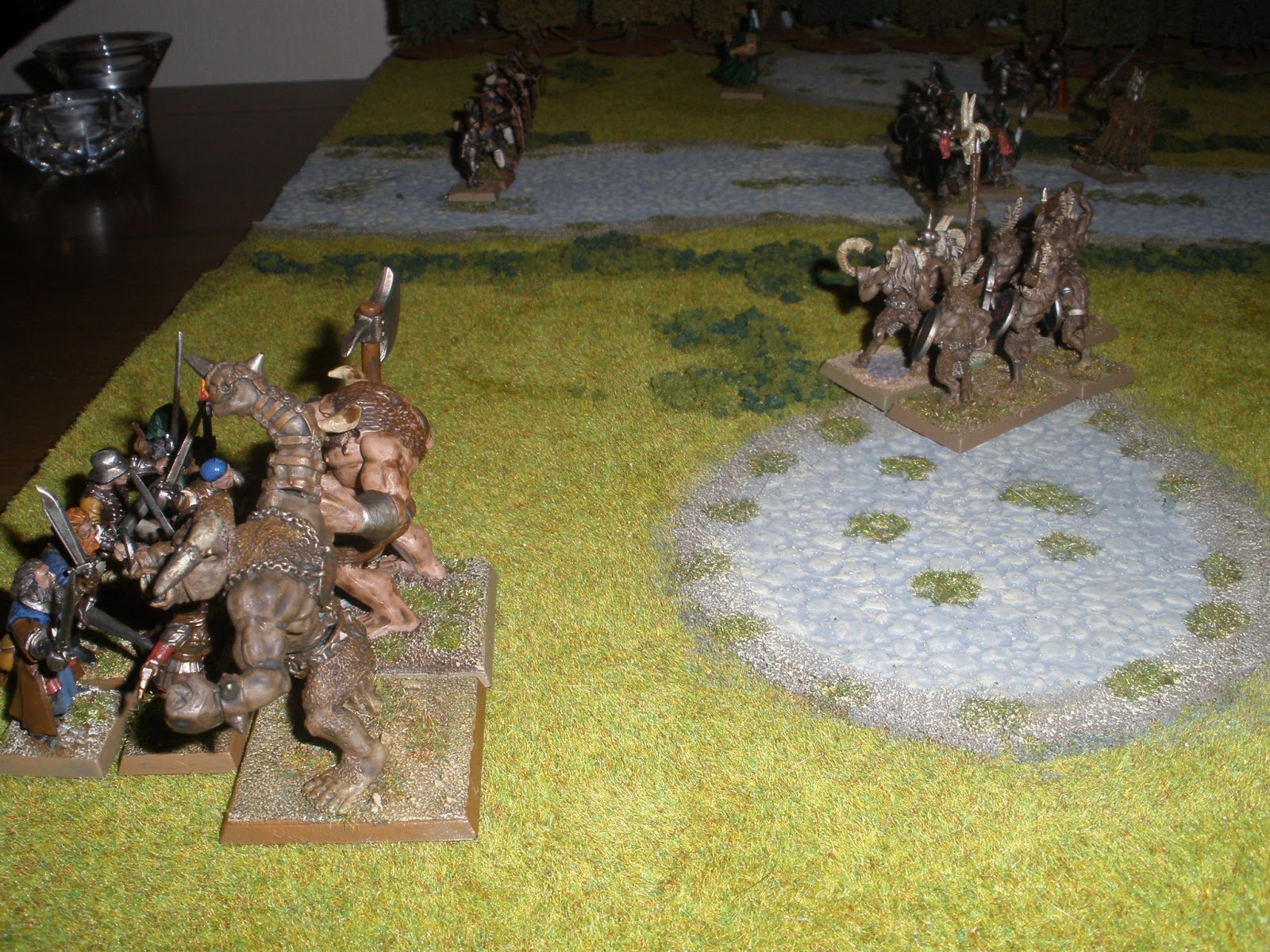 It's slobberin' time! The Minotaurs charge the 1st Militia and begin to tuck in. The Red Hand head off towards the 2nd Militia to join the Blackshields in the assault. 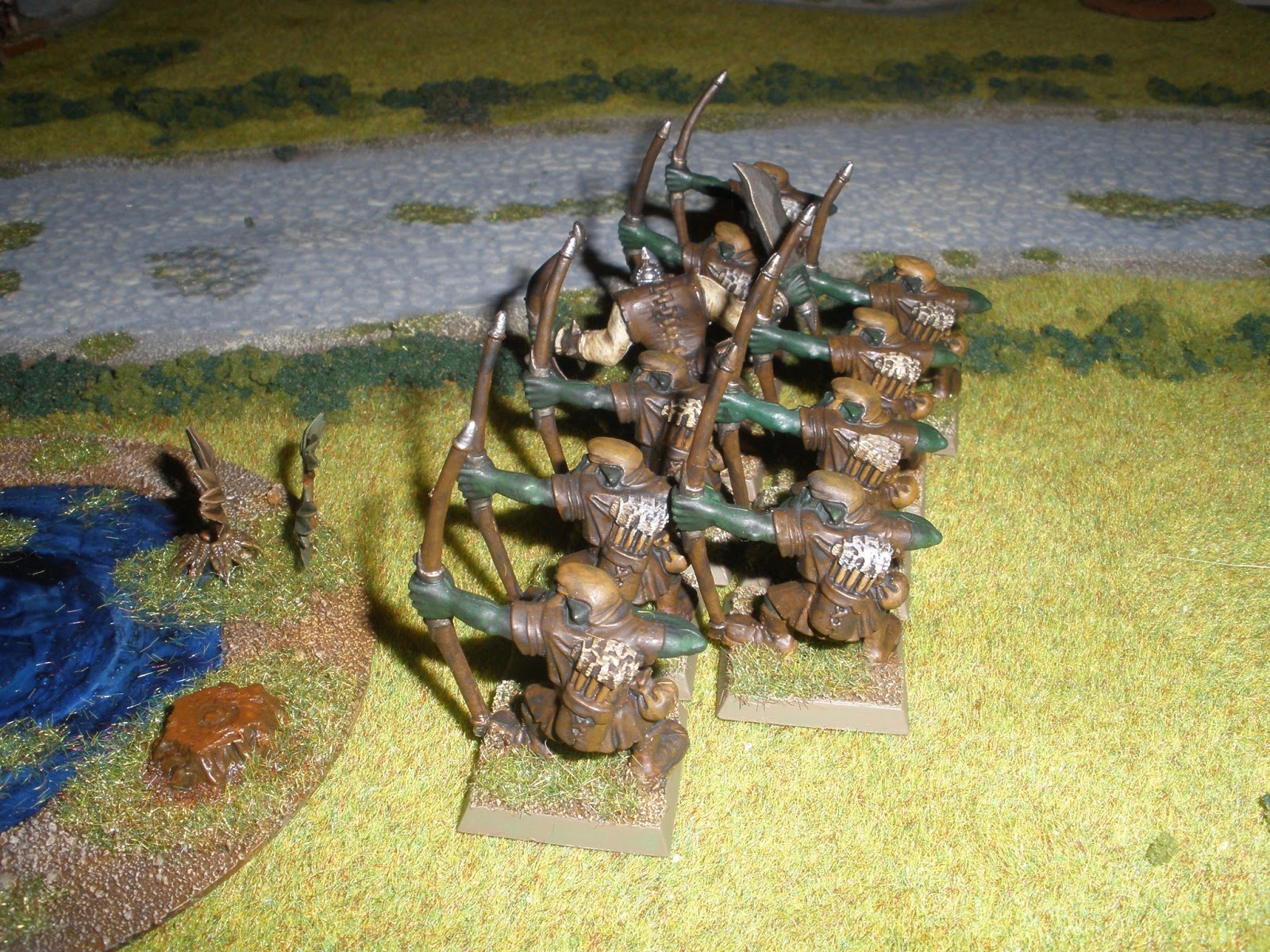 Grunk makes a pig's ear of his manoeuvres and the Hunters get in a muddle by the puddle. 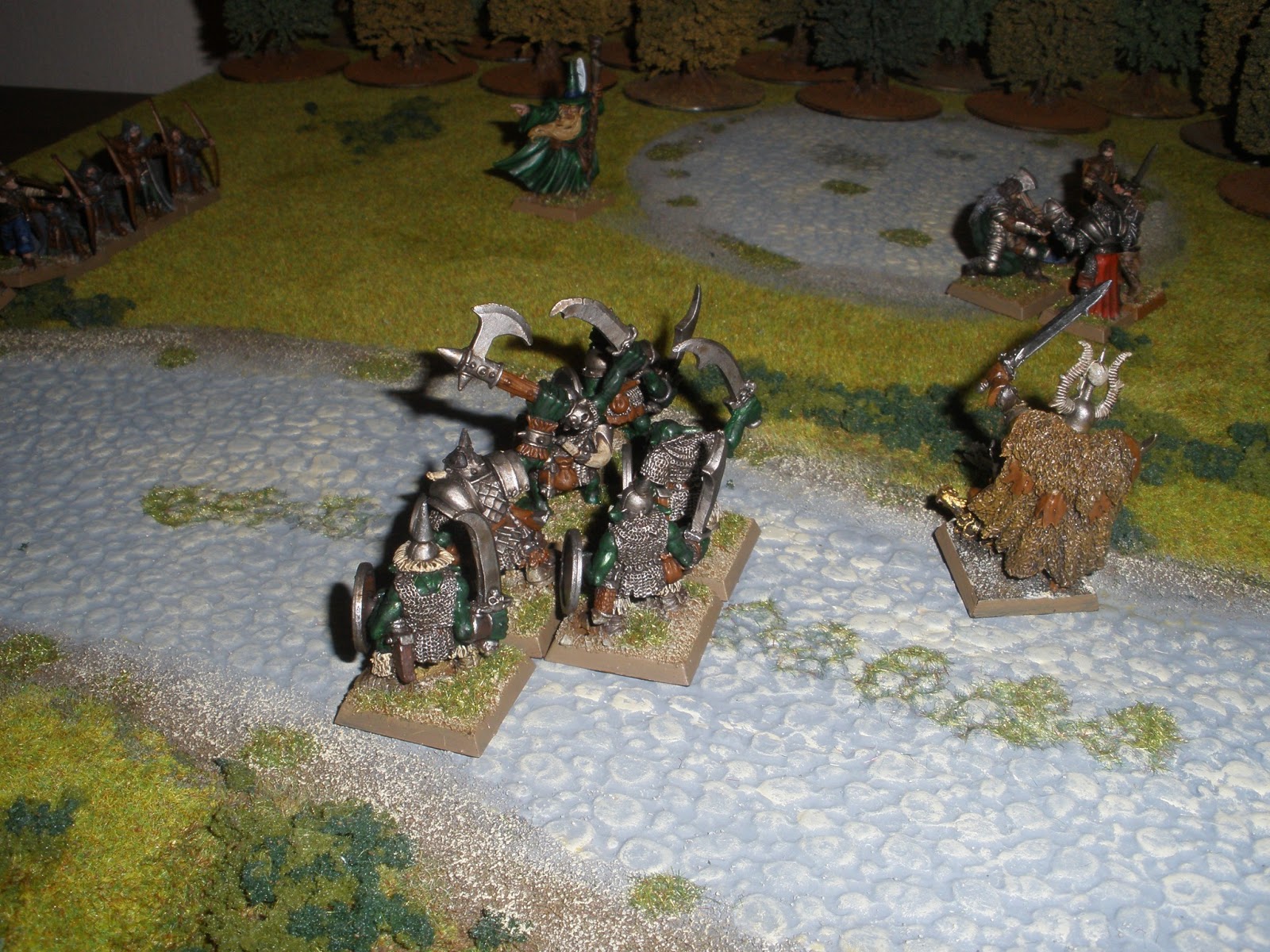 Bork's Blackshields close on the 2nd Militia and Ragnir begins to contemplate personally entering the fray. 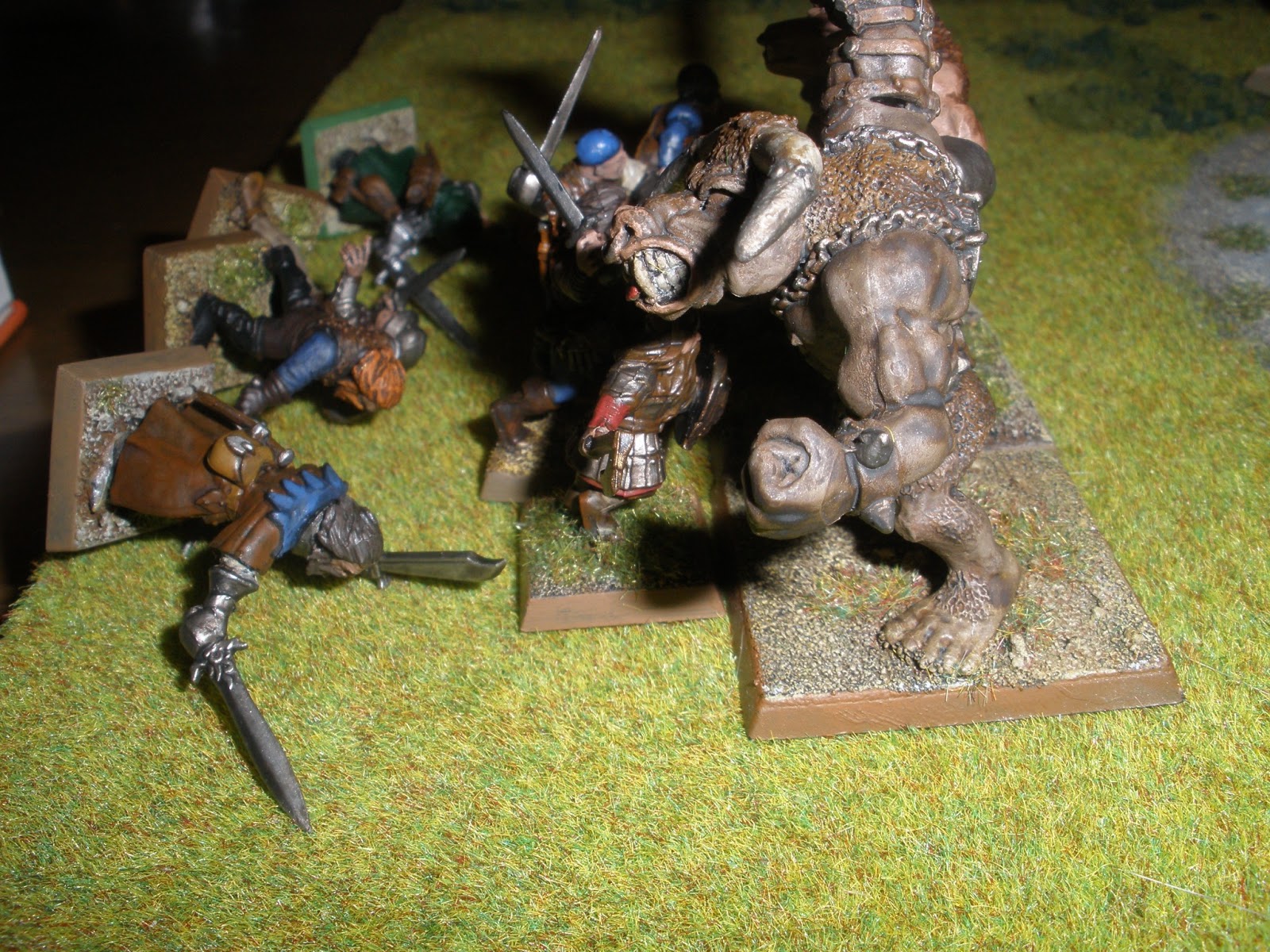 Nom Nom Nom Nom Nom. The 1st Militia are wiped out by the berserk Minotaurs, not a single survivor makes it off the field of battle. 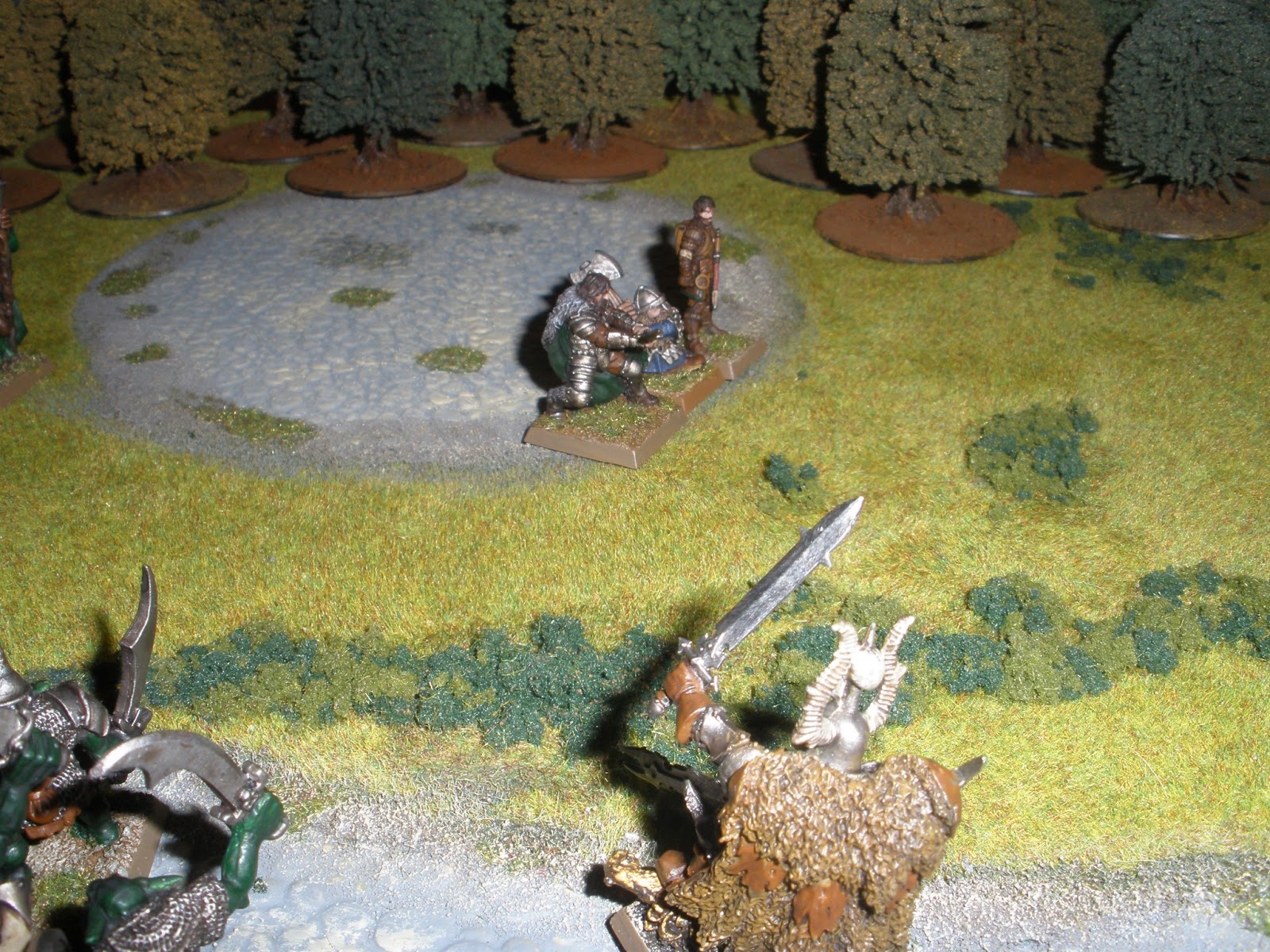 The adventurers kill the last of the stubborn Darksouls, giving Ragnir something to chew on.


The adventurers are unable to quite complete a charge against the vulnerable Ragnir in their turn and the 2nd's shooting once again patters harmlessly off the armour of the Blackshields. Join us in Part Four to discover our heroes fate.
Posted by Warlord Paul at 14:47